These findings suggest that ionizing radiation is a risk factor for Alzheimer's disease.Jun 21, 2017

Extracts of Yarrow can contribute to reduce genotoxicity induced by ionizing radiation in human lymphocytes.Dec 31, 2014

These results obtained testify the powerful radioprotective potential of astaxanthin.Nov 30, 2016

Beetroot has the potency to preserve bone marrow integrity and stimulate the differentiation of HSCs against ionizing radiation.Nov 30, 2017

Dietary supplementation with dried plum may prevent the skeletal effects of radiation exposures either in space or on Earth.Dec 31, 2015

Nigella sativa may be a beneficial agent in protection against ionizing radiation-related tissue injury.Oct 31, 2006

Pre-treatment with resveratrol and DIM protects effectively from the ionizing radiation-induced damage at the molecular, cellular, and tissue levels.May 31, 2018

An extract of chicory seeds had radio-protective effects in vitro. Dec 31, 2014

DNA appears to possess the two structural characteristics of fractal antennas, electronic conduction and self symmetry which contribute to greater reactivity of DNA with EMF and could account for increases in cancer epidemiology.Mar 31, 2011

Exposure of cells to 30 kVp X-Rays result in the induction of greater chromosome abberations than 80-120 kVp X-Rays.Dec 08, 2010

Hesperidin has a potential radioprotective agent against ionizing radiation-induced damage.Jul 11, 2019

Radiation-induced breast cancers from mammography x-rays are potentially underestimated by a factor of four.Jun 01, 2009

Recent radiobiological studies have provided compelling evidence that the low energy X-rays as used in mammography are approximately four times – but possibly as much as six times – more effective in causing mutational damage than higher energy X-rays.Mar 01, 2006

The risks associated with mammography screening may be approximately five times higher than previously assumed Aug 01, 2004 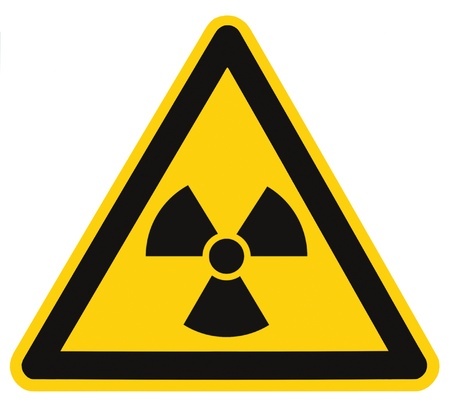 Confirmed: Flaxseed Contains 'Estrogens' That Regress Cancer
Written by Sayer Ji, Founder
Flaxseed has remarkable therapeutic properties, with over 50 potential applications in the prevention and treatment of disease, as documented in the peer-reviewed biomedical literature itself* Flaxseed's role in breast cancer is one of the more compelling areas of research, considering this is the #1 form of cancer afflicting women today, and that most women still equate "prevention" with subjecting themselves to annual breast screenings involving highly carcinogenic 30 kVp...

Confirmed: Breast Screenings Cause More Harm Than Good
Written by Sayer Ji, Founder
A quarter century old practice: X-ray based breast screening, has now been confirmed (twice in 3 years) to cause more harm than good, and by what is perhaps the most respected research institution within "evidence-based medicine": The Cochrane Collaboration

Mammograms Linked To An Epidemic of Misdiagnosed Cancers
Written by Sayer Ji, Founder
The concept of a breast cancer that has no symptoms, which can not be diagnosed through manual palpation of the breast and does not become invasive in the vast majority of cases, might sound unbelievable to most women. However, there does exist a rather mysterious clinical anomaly known as Ductal Carcinoma In Situ (DCIS), which is, in fact, one of the most commonly diagnosed and unnecessarily treated forms of "breast cancer" today.

Believe In Boswellia - Reviving Ancient Wisdom
Written by GreenMedInfo Research Group
Frankincense oil may receive most of the fame and glory, but the humble boswellia tree from which it is derived, can also create another powerful natural medicine. Oil and extracts of boswellia have been used for thousands of years to treat numerous health conditions.