Overdiagnosis of breast cancer via mammography is extraordinarily common. Nov 21, 2012

Age of diagnosing physician impacts the incidence of thyroid cancer in a population.Sep 20, 2014

An overdiagnosis of dementia occurs in 41% young patients according to this study. Nov 29, 2012

Borderline tumours of the ovary are not unfrequently subject to overdiagnosis and overtreatment. Apr 30, 2013

Prescription of antidementia drugs increases the risk of hospitalizations via their cardiac and gastrointestinal adverse effects.Dec 31, 2017

Slow-growing or indolent cancer comprised approximately 25% of incident cases, many of which may have been overdiagnosed.Dec 03, 2012

Bipolar disorder has been an area of potential overdiagnosis. Oct 31, 2012

Borderline ovarian tumors have been misdiagnosed as invasive cancer.Sep 30, 2013

Patients may have ovarian lesions other than ovarian carcinomas which may be in conflict with study inclusion criteria.Oct 31, 2008 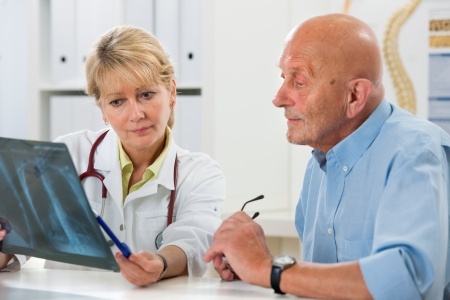 Mammograms Lead To Invalid Diagnoses, Cause Harm
Written by Sayer Ji, Founder
The global juggernaut of unremitting and unapologetic breast cancer overdiagnosis and overtreatment persists.
Millions Wrongly Treated for 'Cancer,' National Cancer Institute Panel Confirms
Written by Sayer Ji, Founder
A devastating new report commissioned by the National Cancer Institute reveals that our 40-year long 'War on Cancer' has been waged against a vastly misunderstood 'enemy,' that in many cases represented no threat to human health whatsoever.

The Failed Medical Experiment: PSA Screening for Prostate Cancer
Written by Dr. Jeffrey Dach, MD
PSA screening for prostate cancer has been a failed medical experiment leaving behind 1 million male victims treated unnecessarily for a type of prostate cancer that was clinically insignificant, providing little or no benefit in terms of lives saved.

The “Deadly Breast Cancer Gene” Is A Myth, Lancet Study Confirms
Written by Sayer Ji, Founder
A powerful new Lancet study reveals that the so-called breast cancer susceptibility genes -- BRCA 1 and BRCA 2 -- do not, in fact, cause breast cancer. Jolie's prophylactic mastectomy, for instance, was for naught.

Does Cancer Screening Save Lives? A Closer Look at the Benefits and Costs of Screening
Written by Linda Woolven & Ted Snider
The prospect of developing cancer is a frightening one. Sadly, this fear is leading many to undergo dangerous and harmful cancer screenings that, ironically, can cause the very diseases patients hope to avoid.

Thyroid Cancer Epidemic of Overdiagnosis
Written by Dr. Jeffrey Dach, MD
The last 40 years have shown triple the incidence of thyroid cancer in women, yet the mortality rate has remained the same. Why are physicians so quick to diagnose women with thyroid cancer?

Industry-Sponsored Doctors: New Study Shows Depth of Commercial Influence
Written by Jefferey Jaxen
Professional education events are heavily sponsored by drug companies promoting their products as the solution. This widely used coercive and misinformation technique where drug benefits are exaggerated and side effects minimized was exposed in a recent BMJ Open study.

The Medical Deception Called Prevention
Written by Vic Shayne, Ph.D.
As master of the public relations game, the medical industry uses the term “prevention” in a way that not only misleads people, but also paves the way to illness.

Cancer $creening Doesn't Save Lives, Meta-Study Reveals
Written by Sayer Ji, Founder
Should we be looking for disease in people who don't have any symptoms? A large new study indicates the answer is NO.