Views 71520
Posted on:
Saturday, November 10th 2018 at 4:15 am
Written By:
GMI Reporter
This article is copyrighted by GreenMedInfo LLC, 2019
Visit our Re-post guidelines 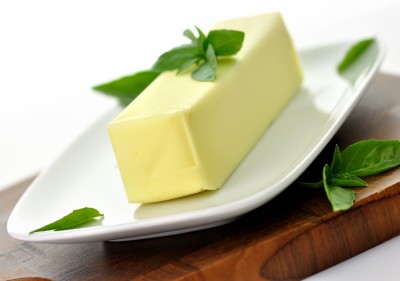 Butter has gotten a bad rap for many years, starting in the last century with the rise of margarine, which we now recognize as a deadly trans fat. More recently, butter has been shunned in favor of olive oil and canola oil. But here's why we should reserve a place at the table for good old-fashioned butter

A study from Lund University in Sweden shows that butter leads to considerably less elevation of fats in the blood after a meal compared with olive oil, flaxseed oil or a new type of canola oil. High blood fat normally raises cholesterol levels in the blood, which according to the discredited "lipid hypothesis," elevates the risk of atherosclerosis and heart attack.

Researchers pointed out that 20 percent of the fat in butter consists of short and medium-length fatty acids. These are used directly as energy and do not stay around long enough to affect blood fat levels very much.

The researchers opined that although butter raises blood cholesterol in the long term, its short-term effects may actually be advantageous.

Not everyone agrees that butter's advantage over olive, canola or vegetable oils is only a short term phenomenon. Sally Fallon of The Weston A. Price Foundation is a staunch and eloquent advocate of the benefits of butter and disagrees that butter or cholesterol is a factor in the increase of cardiovascular disease.

Since the early 1920's butter has been pushed aside in favor of margarine and other fad fats and vilified as a deadly saturated fat that causes heart disease. Yet for thousands of years before that, butter was a dietary staple of many cultures with no evidence of adverse health effects.

Between 1920 and 1960, Americans' use of butter declined from 18 pounds per person per year to 4 pounds, yet heart disease went from a relatively unknown condition to the number one killer. So how likely is it that butter is killing us?

According to Fallon, butter is the victim of a vast fat-free conspiracy, formed by those who benefit from replacing healthy butter with disease promoting mass produced vegetable oils and trans fats.

The truth is that butter is good for you. Here are 10 benefits of eating real, fresh creamery butter:

Remember that the richest benefits are found in raw butter made from pastured cows.