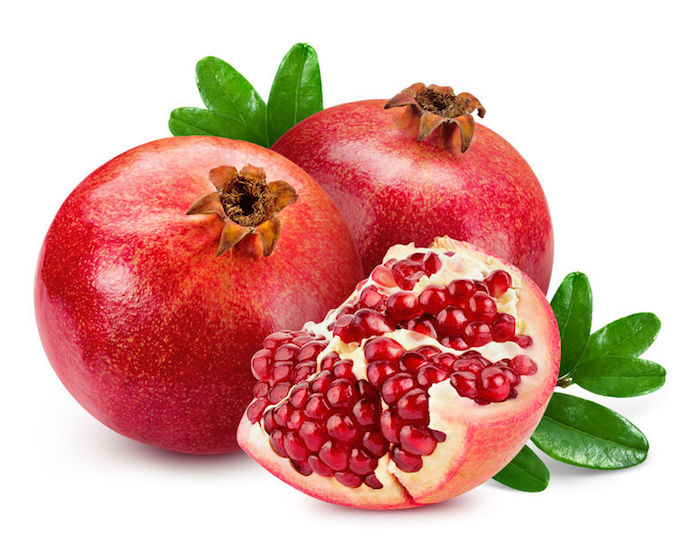 These delicious seeds may be tiny, but they boast BIG therapeutic qualities over a wide range of conditions

Persephone ate pomegranate seeds and subsequently had to spend a third of the year in the underworld with Hades, according to Greek mythology. If you consume pomegranate, you will not face the same fate; instead, you might just find yourself avoiding an early trip to the afterlife thanks to the numerous health benefits provided by this delicious fruit and its copious amounts of antioxidants.

Another study suggests that pomegranate juice has potential to provide immediate benefits. For this randomized, controlled crossover trial, young, healthy men ate a high-fat meal and drank a beverage made with pomegranate extract before or during the meal, while the control group did not. There were no effects on postprandial changes to the lipids levels in the blood. However, consuming the pomegranate drink during or before the meal reduced the postprandial increase in systolic blood pressure.

The heart-healthy qualities of pomegranate do not end with blood pressure. It also might help with atherosclerosis in two ways: altering the cholesterol profile and reducing oxidative stress. A clinical trial found that pomegranate seed oil positively altered serum lipid profiles. In this study, 51 subjects with high cholesterol levels were given either a placebo or 400 milligrams of pomegranate seed oil two times a day for four weeks. There was a significant decrease in the triglyceride levels and the triglyceride/HDL cholesterol ratio, although the LDL cholesterol levels and glucose concentrations did not experience significant changes. Although LDL cholesterol is most associated with atherosclerosis, there is also benefit to decreasing serum triglycerides.

Another study performed with diabetic patients who have an increased risk of atherosclerosis due to increased oxidative stress illustrated that patients who consume 50 milliliters (1.7 fluid ounces) of pomegranate juice every day over a period of three months experience a decrease in some markers of oxidative stress associated with atherosclerosis, namely lipid peroxides and thiobarbituric acid reactive substances (TBARS). There was also an increase in glutathione, one of the main antioxidants in the body. Additionally, the macrophages uptake of oxidized LDL declined. The latter two results are clear markers of increased antioxidant activity, which could help to prevent atherosclerosis.

The antioxidant properties of pomegranate provide many of its health benefits beyond just preventing atherosclerosis. There is an association of excess oxidative stress and many chronic illnesses, so finding ways to improve oxidative status might reduce the incidence or severity of these diseases. Drinking pomegranate every day might just help. According to one study, drinking 200 milliliters (about 6.76 ounces) of a drink made from grape and pomegranate juice every day improved oxidative stress in healthy adults. At the end of the 8-week clinical trial, there was a significant decrease in plasma lipid oxidation and an increase in the capacity for antioxidants.

Pomegranate is not just a "super food" for healthy adults; it might also improve the antioxidant capacity in the elderly, and be superior to apple juice. Additional studies point to the ability of pomegranate juice to lessen some of the complications caused by oxidative stress in those who undergo hemodialysis. A single dose of pomegranate juice mitigated some of the inflammation and oxidative stress associated with hemodialysis and IV iron administration. Drinking it over a course of a year provided reduced incidence rate of a second hospitalization.

It is also possible that pomegranate juice might help diabetics control their blood glucose. One study found that after three hours of drinking 1.5 milliliters of pomegranate juice per kilogram of body weight, (about 3.5 fluid ounces for an average 150-pound person), participants had decreased fasting serum glucose, decreased insulin resistance, and increased beta cell function. There was a relationship between initial fasting glucose levels, as those who had levels between 7.1 and 8.7 mmol/L (or 128 and 156 mg/dl) had a greater response than those with higher blood glucose levels. Taking a supplement of 1000 mg of pomegranate extract also led to a decrease of markers of oxidative stress, as well as serum lipids, glucose, and insulin in overweight and obese individuals after 30 days, according to another study.

Trying to get pregnant or already pregnant? Consider adding some pomegranates to your diet. In men, consuming pomegranate extract has the potential to stimulate the creation of sperm, as well as improve motility and sperm count. In one study, a group of men took tablets that contained extract of pomegranate and powder of greater galangal rhizome (herb shown to be beneficial to male fertility). After taking the tablets for three months, the men who consumed the supplement saw 62 percent increases of sperm motility, compared to just 20 percent in the placebo group.

Pomegranate's antioxidant properties help during pregnancy through protecting the placenta from issues caused by excess oxidative stress. In a randomized control trial, pregnant women consumed either 8 ounces of pomegranate juice or apple juice as a control. The researchers found those who consumed the pomegranate juice had decreased markers for the oxidative stress in the placenta, which may reduce pregnancy complications by limiting injury to the placenta.

How to Enjoy the Numerous Health Benefits

The antioxidant capabilities of pomegranate come up again and again as to the mechanisms of action for providing numerous health benefits for a range of disorders, from heart disease to diabetes to gingivitis to prostate and other cancers to other conditions associated with oxidative stress. There is also the potential for many other mechanisms of action in this versatile fruit that could lead to other benefits, such as positive changes in the microbiota.

With so many reasons to enjoy pomegranate, now is the time to find ways to take consume it and take advantage of the antioxidant power! Most studies use supplements or juice to determine the effects because they offer ways to consume higher quantities of the beneficial antioxidants. Taking pomegranate supplements is relatively safe with no serious adverse events associated with it; however, you will still need to check with your healthcare practitioner whether it is acceptable for you to take.

Consuming the juice is also a healthy option, as long as you choose one that is 100 percent pomegranate juice with no added sugar and little to no additional ingredients, especially unhealthy ones. Remember, simply eating the fruit still has health benefits, and there are many different ways you can add it to your menu for a delicious -- and healthy -- treat. 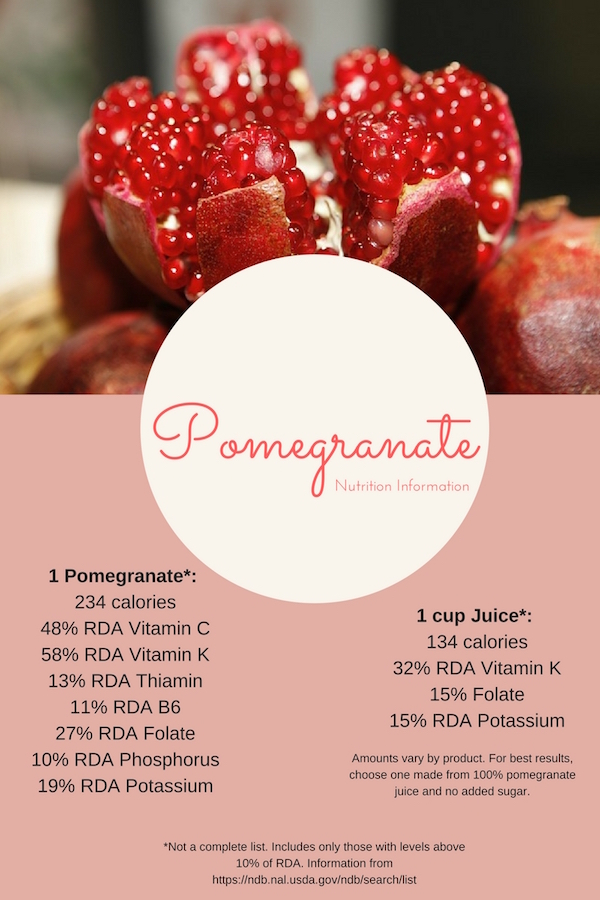 For evidence-based research on pomegranate, visit the GreenMedInfo.com Research Dashboard. 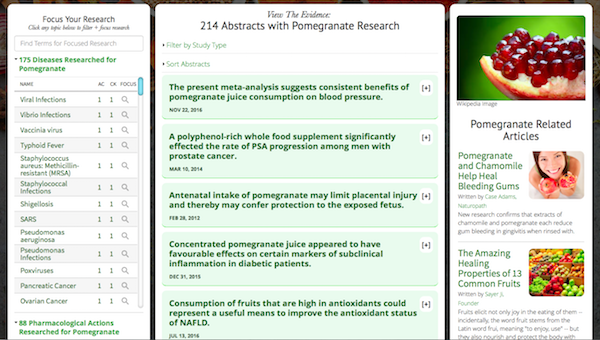