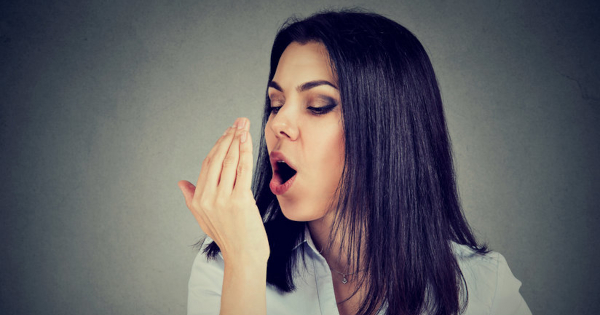 If your breath isn't as fresh as you'd like, natural compounds like green tea, tulsi, turmeric and more can banish bad breath from your life, often working as well as regular mouthwash without the side effects

Bad breath is extremely common, affecting more than 50% of the general population.[i] While the condition isn't inherently dangerous, it's a sign that something is off-balance in your body -- often stemming from an oral source although it can be due to a systemic problem as well.

The social and psychological implications of bad breath can be severe, causing problems in your work and professional life, which is just one reason why bad breath -- clinically known as halitosis -- should be addressed and not ignored. The word halitosis is derived from the Latin words halitus, which means breathed air, and osis, which refers to a diseased or abnormal state.[ii]

This is the other major reason why bad breath should not be ignored -- it could be a sign of a more serious problem. Human breath is a complex mix of substances that carry a range of odors, but its scent shouldn't be offensive. Bad breath is typically the result of volatile sulfur compounds, especially hydrogen sulfide and methyl mercaptan, which are produced by odor-causing bacteria.[iii]

If you have bad breath, a close look at your overall health, diet and lifestyle is in order to rule out underlying conditions. It's even been hypothesized that bad breath could be a predictor of stroke, for instance.[v] In many cases, however, natural remedies can be both practical and effective at freshening your breath.

While you look into the potential causative factors, there are a number of safe options for relieving bad breath, none of which involve chemical-based commercial mouthwash, which can negatively alter your oral microbiome.[vi]

Oil pulling is a traditional remedy from ancient India, which involves swishing about one tablespoon of oil around your mouth for a period of 20 minutes. The oil is “pushed” and “pulled” between the teeth as you swish it around your mouth. After 20 minutes, the oil is spit out and the mouth rinsed with water.

Oil pulling is beneficial for many aspects of oral health, including not only bad breath but also preventing cavities and gingivitis and strengthening oral cavity and jaw muscles. Different types of oils can be used for oil pulling, each with unique benefits:[vii]

Sipping on a cup of green tea after a meal is a simple way to freshen breath, as tea polyphenols contain disinfectant and deodorant properties. Research shows green tea significantly reduces the concentration of volatile sulfur compounds that cause bad breath immediately after being administered.[ix] Green tea worked even better than mints, chewing gum or a parsley-seed oil product for this purpose.

Tulsi, a plant closely related to basil and sometimes referred to as Holy basil, has been used medicinally in Ayurveda since ancient times. Traditionally, tulsi leaves were chewed to cure ulcers and infections in the mouth, while sundried tulsi leaves were used for brushing teeth and valued for relieving bad breath and gum disorders.[xi]

In a 2019 study, tulsi extract mouthwash was shown to reduce bad breath, plaque and gingivitis without the side effects linked to chlorhexidine and hydrogen peroxide mouthwashes.[xii]

Similar to your gut, your mouth has a microbiome, which is disturbed by harsh chemical mouthwashes and toothpastes. Increasing attention is being put on the importance of balancing the microbes in the mouth, including via probiotics like lactobacillus. In a study of 60 people with severe periodontitis, oral administration of lactobacillus not only improved periodontitis but also reduced bad breath.[xiii]

Turmeric, a popular curry spice revered for its active ingredient curcumin, has anti-inflammatory, antioxidant, antimicrobial, antiseptic and liver protective properties that are valued for a number of oral health purposes,[xiv] including halitosis.[xv]

Massaging teeth with ground turmeric may help eliminate pain, while a paste made from 1 teaspoon turmeric, 1 teaspoon salt and 1/2 teaspoon of mustard oil is useful for gingivitis. Turmeric mouthwash with peppermint oil for flavoring has also been found to work as well as chlorhexidine mouthwash.[xvi]

6. Cinnamon Oil and Other Essential Oils

Many essential oils are useful for oral health, with peppermint oil being among the most popular. However, cinnamon oil also shows promise, as it inhibits the growth of S. moorei along with its hydrogen sulfide production, and reduces S. moorei biofilm formation. It offers these benefits without causing any toxic effects to oral keratinocytes.[xvii]

If you prefer other oils, a mixture of diluted tea tree oil, peppermint oil and lemon oil has been found to reduce bad breath in intensive care patients when used as a mouthwash.[xviii]

Ginseng and its main biological constituents -- known as saponins -- have been valued since ancient times for their varied medicinal properties. Certain ginsenosides have antibacterial properties that are useful for controlling bad breath.[xix] Korean red ginseng is also effective for fighting halitosis that can occur in association with Helicobacter pylori.[xx]

Fighting bad breath is often best accomplished with a plan that sorts out its underlying causes -- whether they're linked to a systemic health problem, oral condition or an external factor, like what you're eating. Part of this plan can include remedies from nature, like those described above, that work to freshen breath naturally without the need for harsh chemical mouthwash.