Not Just For Colds: Echinacea's Many Evidence-Based Uses

Views 20728
Posted on:
Monday, January 15th 2018 at 5:00 am
Written By:
GreenMedInfo Research Group
This article is copyrighted by GreenMedInfo LLC, 2019
Visit our Re-post guidelines 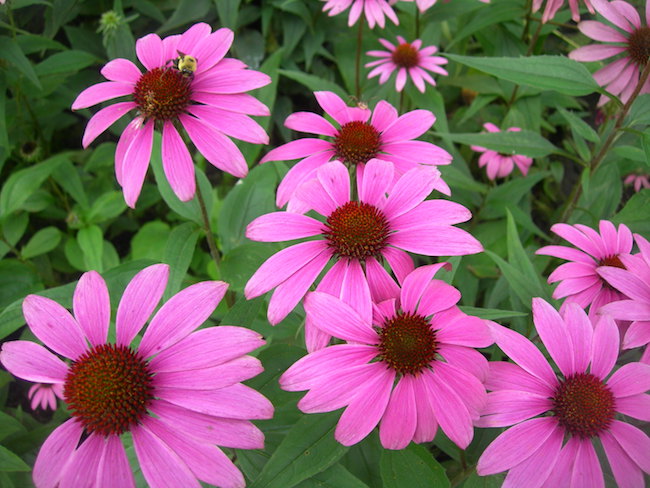 Echinacea is a popular herb to shorten the common cold and flu, as well as reduce sore throat, cough, and fever. Science backs up the power of echinacea to treat upper respiratory tract infections and much more. Here are just 8 proven health benefits of echinacea of potentially 100+ signaled in the peer-reviewed, published research

Echinacea is a little plant with big healing power. Its name comes from the Greek word for hedgehog (echinos) because its prickly seed head resembles the spines of angry hedgehog.

Native Americans have used echinacea for more than 400 years to treat infections and wounds. Before the introduction of antibiotics it was used for scarlet fever, syphilis, malaria, blood poisoning, and diphtheria. Use by the medical community in the U.S. has fallen off but it has become increasingly popular in Europe and especially Germany.

Herbalists recommend echinacea to shorten the duration of the common cold and flu, and reduce sore throat, cough, and fever. Science backs up the power of echinacea to treat upper respiratory tract infections and much more.

In a Swiss review of three studies, researchers looked at the effects of echinacea on people intentionally infected with the rhinovirus. They found that the likelihood of developing a clinical cold was 55 percent higher with placebo than with echinacea. They suggested that standardized extracts of echinacea were effective in the prevention of symptoms of the common cold after clinical inoculation.

Studies show that drinking echinacea tea at the first signs of the cold or flu can reduce the severity and duration of the illness. It also can be taken as a preventive measure. In a study of 80 healthy athletes given echinacea, 71 percent were free of cold episodes.

And it can keep a cold from returning. A meta-analysis of six studies found that people with higher susceptibility or stress, or weakened immunity cut their risk of a recurrent respiratory infection in half with echinacea. They also had fewer complications like pneumonia, ear infections, and tonsillitis.

Another study 524 children ages 2 to 11 years found that treating a cold with echinacea led to a 28 percent decreased risk of a second upper respiratory infection.

And echinacea is effective for treating sore throats. In a study of 154 patients with sore throats researchers found that a spray combining echinacea and sage was just as effective as a chlorhexidine/ lidocaine spray. Echinacea was effective in 63.8 percent of patients.

Echinacea may even be more effective than flu medications. In a randomized, double-blind, double-dummy, multicenter, controlled clinical trial researchers compared a hot echinacea drink with oseltamivir (Tamiflu), the gold standard treatment for influenza. In the trial, 473 patients with early influenza symptoms were given either oseltamivir or the echinacea formulation. Results showed that echinacea was just as effective as the flu drug but had far fewer complications or adverse events.

In an Australian pilot study, 11 healthy individuals took echinacea tablets daily for 14 days. At the end of the test period, researchers observed signs of increased immune activity including increased white cell counts. They also found an antioxidant effect of the echinacea.

And researchers from the University of California Irvine Medical Center found that extracts of echinacea helped stimulate immune function in cells taken from normal individuals and from patients with either chronic fatigue syndrome or acquired immunodeficiency syndrome.

In an Italian study 51 patients with low-grade, steroid dependent, autoimmune uveitis (inflammation of the middle level of the eye) received conventional steroid treatment. But half the patients also received 150 mg of echinacea twice a day. Uveitis was resolved in 28 out of 32 patients taking echinacea. In addition, the echinacea group reduced steroid use by about 70 percent more than the control group.

In a study of 24 healthy young men, subjects received either a placebo or 8,000 mg of echinacea in four doses of 2,000 mg four times a day. Blood samples taken during the 28 day trial showed that the echinacea group had up to a 63 percent greater level of erythropoietin (EPO). EPO is a hormone that promotes the formation of red blood cells by the bone marrow.

A study from Serbia looked at chromosome aberrations in lymphocytes among workers exposed to radiation. All of the workers were given 275 mg echinacea tablets. At the end of the treatment aberrations in lymphocyte chromosomes dropped significantly. In addition, the number of defective cells that self-destructed increased. The researchers concluded that echinacea may be beneficial for the prevention of adverse health effects in workers exposed to radiation.

In a German study researchers isolated a polysaccharide fraction from the herb echinacea. They injected the echinacea compound in 15 cancer patients receiving chemotherapy starting three days before their first treatment. Two weeks after the chemo treatments, leukocytes (white blood cells) were about 50 percent higher in the patients receiving the echinacea treatment compared to a control group. Researchers suggested the echinacea treatment may be effective in reducing chemotherapy-induced leucopenia (low white blood cell count).

Echinacea is available in extracts, tinctures, tablets, capsules, and ointments. It can be found in health food stores and on the internet.

For an exhaustive selection of research on echinacea's potential health benefits in over 100 conditions visit GreenMedInfo's research database on Echinacea.