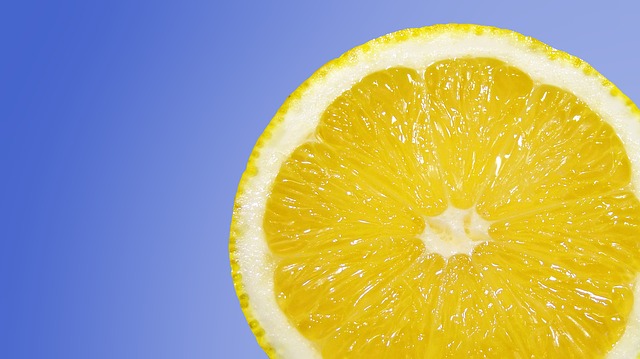 One in three people will develop shingles (herpes zoster) during their lifetime. Effective therapy is limited. Here are 8 proven ways to prevent shingles and to ease the symptoms without drugs or vaccines

One in three people will develop shingles (herpes zoster) during their lifetime. It occurs when latent varicella-zoster (chickenpox) virus reactivates along sensory nerves to the skin. It causes a painful, blistering skin eruption that lasts for two to four weeks. But long-term effects including chronic pain can last for several months or years and seriously impair quality of life.

But shingles is a far more serious condition than chicken pox. It can also lead to neuropathy, meningitis, hearing loss, and blindness.

Here are 8 proven ways to prevent shingles and to ease the symptoms without drugs or vaccines.

According to Thomas E. Levy, MD, JD, vitamin C has been successfully used in the treatment of shingles. In one study eight patients with shingles received 2,000 to 3,000 mg of vitamin C by injection every 12 hours, supplemented by 1,000 mg in fruit juice every two hours. Seven of the eight patients reported complete pain relief within two hours of the first injection.

In another study of 327 shingles patients, vitamin C resulted in complete resolution of the outbreaks in 100 percent of the patients within 72 hours of receiving injections.

Diets low in micronutrients (e.g. vitamins, minerals, antioxidants, etc.) can increase the risk of shingles by depressing the immune system. In a British community-based case-control study researchers followed 243 shingles patients in 22 general practices in London. The patients were compared to 483 controls with no history of herpes zoster.

They found a strong link between low fruit intake and increased shingles risk. People who ate less than one piece of fruit per week had more than three times the risk of herpes zoster compared to those who ate more than three per day. The same was true when they looked at combined fruit and vegetable intake.

Postherpetic neuralgia is a complication of shingles, that can last long after the initial rash and blisters disappear. It affects nerve fibers and skin, causing chronic burning pain. Studies show that topical capsaicin may be an effective treatment. Capsaicin is the compound in hot peppers that gives them their spice.

Researchers also followed 77 of the patients in an open-label arm of the same study for two years. They found that the benefits of the six-week trial were maintained or improved in 86 percent of the patients. And there were no serious adverse effects of the capsaicin. The researchers concluded that capsaicin cream should be the first choice in treating postherpetic neuralgia.

Acute herpes zoster is a prevalent condition. One of its major symptoms is pain, which can highly influence patient's quality of life. Effective pain therapy is limited.

In a Chinese study of acute shingles cases, 72 patients were randomly divided into two groups. One group received acupuncture around the margins of the herpes zoster outbreak. The other group received acupuncture plus moxibustion of the area around the needling. Moxibustion is a traditional Chinese medicine therapy which consists of burning dried mugwort (moxa) on particular points on the body. The acupuncture group had an effective rate of 85.3 percent, with the herpes stopping, scab time shortened, and residual neuralgia reduced. The results with acupuncture plus moxibustion were even better. Those cases were cured within three days with an effective rate of 97.4 percent.

In a case study of a 76-year-old woman, standard pain therapies failed to bring her relief. Doctors advised her to apply neat peppermint oil (containing 10% menthol) to her skin. The peppermint oil resulted in almost immediate improvement in pain that lasted for four to six hours after she applied the oil.

Results showed the Tai Chi group had nearly twice the levels of cell-mediated immunity to the virus compared to the health education group. In fact, Tai Chi alone increased immunity about as much as the shingles vaccine. The Tai Chi group also showed significant improvements in physical functioning, bodily pain, vitality, and mental health.

In another study from UCLA, 36 men and women over 60 were assigned either to Tai Chi or a control group. For 15 weeks, the Tai Chi group received three 45-minute instruction classes per week. Cell-mediated immunity to the varicella zoster virus increased by 50 percent with Tai Chi. In addition, Tai Chi practitioners also had significant increases in physical functioning.

Seaweed may prevent an outbreak and speed healing of shingles. An Australian study tested seaweed in 15 patients with active herpes zoster and 6 subjects with a latent form of the infection. The seaweed was GFS, a proprietary preparation of Tasmanian Undaria pinnatifida. Undaria is the most commonly eaten seaweed in Japan. Researchers found that subjects with active shingles who ate the seaweed had increased healing rates. In addition, patients with latent infection remained asymptomatic while they ate the seaweed.