8 Ways Microbes Can Save Us From Ourselves

Views 23219
Posted on:
Thursday, March 7th 2019 at 3:30 am
Written By:
Sayer Ji, Founder
This article is copyrighted by GreenMedInfo LLC, 2019
Visit our Re-post guidelines 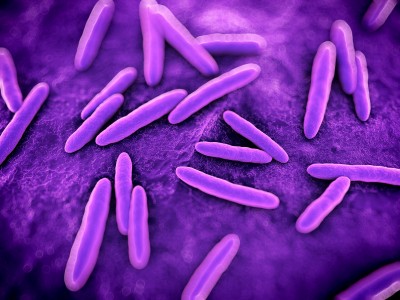 Could bacteria and related microbes, widely believed to be a primary cause of disease, explain how we are capable of surviving through the self-created chemical nightmare of industrialized society?

Environmental chemical exposures number in the tens of thousands among industrialized populations.  Our water, air, food, and now bodies, are saturated through with xenobiotic chemicals (compounds foreign to our biochemistry) most of which did not even exist on the planet before the industrial revolution of the late 19th century. The problem of their bioaccumulation is so severe that one autopsy study performed back in 1985 when things were arguably better, revealed that 48% of the livers and 46% of the spleens of the 465 autopsies analyzed showed signs of mineral-oil induced lipogranuloma.

Remarkably, our bodies are equipped with detoxification systems (such as the cytochrome P450 superfamily of enzymes), whose intelligent design makes it possible to degrade chemicals that did not even exist at the time in the distant past that these elaborate enzyme systems evolved – almost as if we were predesigned to be able to survive the burgeoning, geometrically expanding chemical onslaught of the past century.

Eventually, however, our elaborate and resilient detoxification systems become overloaded, which naturally leads to the emergence of acute and chronic diseases – diseases that the conventional medical establishment often pretends do not have an environmental origin, and therefore are treated by suppressing symptoms of poisoning with new, patented toxicants and biologicals known as pharmaceuticals. This approach has resulted in our becoming the sickest organism ever known to inhabit the Earth.

Thankfully, we are not alone. We have helpers all around and within us. Friendly bacteria (and beneficial yeast), with which we co-evolved, and have formed symbiotic alliances with, with cells numbering in the trillions. It has been proposed that our very definition of self should be updated to include these "others," and that humans are truly a "meta-organism."  This is no metaphor, because if you take away these bacteria, we die. Learn more on the topic by reading my essay How The Microbiome Destroyed the Ego, Vaccine Policy, and Patriarchy.

In order to bring this relationship into clearer focus, let us look at a few things these bacteria do for us, that we aren't very good at doing for ourselves:

These are only a few examples of the health benefits of probiotics and related microbes, with special consideration towards reducing the adverse health effects of chemicals and toxins.  There are hundreds of additional health benefits of probiotics that we have indexed, now numbering over 200, with three dozen distinct beneficial mechanisms of action that have been characterized, e.g. anti-infective, anti-inflammatory, immunodulatory, etc.

To gain deeper insight into how the microbiome profoundly extends our genetic capabilities read my essay How The Microbiome Make Us "Supra Human."