Aerotoxic - An Inconvenient Truth of Flying 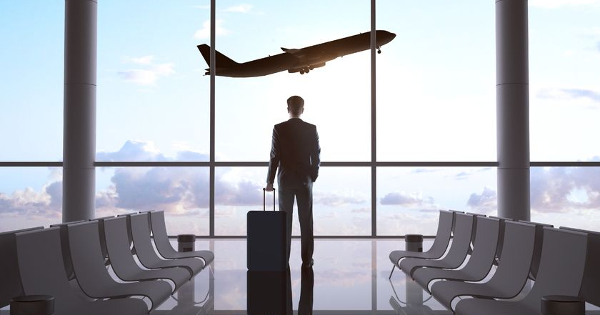 Anybody lighting up a cigarette in an airliner these days would be rightly judged by society to be on the wrong side of the law - as it has finally been proven beyond reasonable doubt that exposure to toxic chemicals from tobacco smoke is dangerous.

Yet being exposed to nerve agents contained in jet engine oil in a confined space, according to the aerospace industry, somehow doesn't cause chronic ill health effects in humans, when repeatedly exposed?

How can nerve agents even get into an airliner cabin? In around 1962 the entire airline industry stopped using pressurised 'Outside air' and went over to using 'Bleed air' which is piping the pressurised air from the jet engines, unfiltered, into the cabin. But worse still, there are no monitors to detect the deadly contaminants, only human noses.

Back in the 1950's, the tobacco companies realised the dangers of tobacco smoke and wisely put filters in virtually all cigarettes. Yet the airline industry is effectively back in the 1950's, as it is only now, that carriers such as Spirit Airlines and Easyjet are planning to place both filters and nerve agent detectors in their modern jet fleets, such as PALL Aerospace's "PUREcabin solution" featured below.

Ill health from the contaminated bleed air was first reported by military pilots and recorded in published papers in 1953 in this German timeline of Aerotoxic Syndrome.

By 1999, a USAF doctor and scientists from France and Australia had named both the acute and chronic illness Aerotoxic Syndrome.

The Aerotoxic paper linked human ill health with commercial aircraft and ever since, the authorities and industry have been powerful enough to claim that being exposed to 'low levels' of nerve agents in the form of oil fumes does cause acute ill health, but illogically - somehow does not cause chronic ill health - as there would be unimaginable costs.

Aircrew and frequent flying passengers are most affected, but there are testimonies from passengers having been made chronically ill from single flights. That was why Boeing wisely reverted back to using compressed 'Outside air' in their B.787 Dreamliner and recorded their their logic in a Memorandum to the UK House of Lords in 2007.

The Boeing 787 will have a no-bleed architecture for the outside air supply to the cabin. This architecture eliminates the risk of engine oil decomposition products from being introduced in the cabin supply air in the rare event of a failed engine compressor seal. In addition, this architecture improves fuel efficiency, thus reducing fuel burn and associated engine emissions.

Airworthiness experts call the B. 787 the only airliner which physically cannot poison its occupants and is therefore airworthy; whilst all other airliners are technically not - that's got to be a great selling point.

All aircrew are attracted by the glamour of flying and the duty of serving the public, but around a third of the population have a sensitivity to organophosphates such that what starts as a dream job, can quickly change to a living nightmare as mysterious ill health symptoms takes over.

Is there any evidence of poisoning? In 1992 Flight Attendant Joanne Turner, travelling as a passenger on a BAe 146 jet was exposed to oil fumes in flight and she became chronically ill. Joanne used the law to prove that she had been made ill by that single flight, but it took until September 2010 to finally win in a High Court of Australia against East West Airlines. She won token compensation, this was a full 18 years after the 'fume event' and by definition - most victims have neither the health, the time nor the resources to win against such powerful opposition.

Legal cases are settled financially 'out of Court' with gagging clauses to stop the outside world from understanding the reality of the 1960's fundamental design flaw of 'bleed air'.

The dangerous toxins were released into the cabin through the bleed air system which (as on most airliners) draws high pressure air from the core of the engines to pressurise the air with breathable air. It has long been known that this design can result in the cabin air becoming contaminated with toxic oil vapour when the seals leak.

After seven decades of poisoning - how is industry dealing with the fundamental design flaw of 'bleed air'?

At last a Paris criminal Court appearance by three sick aircrew has persuaded EasyJet to fit the known solutions, but the real reason can never be admitted publicly, as it would cause an avalanche of claims from both crews and customers.

So an establishment media cover-up with no mention of the 'A' word stops the day to day issue being known about, plus State employed doctors are unwittingly stopped from recognising the cause of ill health symptoms of aircrew and passengers, whilst known B&W medical tests never become mainstream, as the industry battles to cover up from the public the real cause of their ill health.

The Aerotoxic Association was founded on 18th June 2007 at the UK Houses of Parliament by Training Captain John Hoyte who had flown the BAe 146 for 16 years to support other members of the public and to ensure that the known solutions are introduced to prevent others from experiencing the debilitating symptoms listed above.

However, helping others for no reward is unsustainable and now, despite the Authorities and industry still claiming that there is 'No positive evidence', the Association requests the public to support those aircrew who have given almost everything.

If you have now understood what makes countless other humans mysteriously ill after flying and agree that it is socially responsible to help bring in the known solutions, please consider joining the Aerotoxic Association (www.aerotoxic.org) or make a donation and find out more about the issue and finally put a stop to a known, fundamental design flaw.

Ideally, all passengers would be asked whether they wanted either 'Filtered' or 'Unfiltered' air before boarding a jet? - where the air can suddenly change colour if you are on the wrong flight and being exposed to a visible oil fume event, which is identical to being involuntarily exposed to the smoke of 1000 cigarettes.

No one in their right mind would knowingly be exposed to nerve agents, which are claimed to be at 'low levels' in visible oil fume events and have been measured, but the actual levels have never yet been published by industry researchers, as the consequences for the aerospace industry would be the exposure of an inconvenient truth of flying.

Please support our ongoing educational and advocacy efforts by becoming a member today.

Former BAe 146 pilot Captain John Hoyte founded the Aerotoxic Association Ltd. on 18th June 2007 at the UK Houses of Parliament to support aircrew and passengers whose short and long-term health had also been affected by toxic oil fume exposure in the confined space of commercial jets.