Antibody Theory: The Fatal Flaw In The Vaccination Agenda? 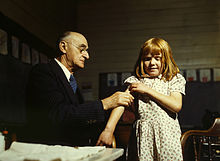 The following two quotes bring up a vitally important problem: vaccine efficacy (as defined by antibody titer elevation) and vaccine effectiveness are not the same thing....

FROM REPEATED medical investigations, it would seem that antibodies are about as useful as a black eye in protecting the victim from further attacks. The word "antibody" covers a number of even less intelligible words, quaint relics of Erlich's side-chain theory, which the greatest of experts, McDonagh, tells us is "essentially unintelligible".

Now that the old history, mythology and statistics of vaccination have been exploded by experience, the business has to depend more upon verbal dust thrown in the face of the lay public. The mere layman, assailed by antibodies, receptors, haptophores, etc., is only too pleased to give up the fight and leave everything to the experts. This is just what they want, especially when he is so pleased that he also leaves them lots and lots of real money.

The whole subject of immunity and antibodies is, however, so extremely complex and difficult, especially to the real experts, that it is a relief to be told that the gaps in their knowledge of such things are still enormous.

We can obtain some idea of the complexity of the subject from The Integrity of the Human Body, by Sir Macfarlane Burnet. He calls attention to the fact—the mystery—that some children can never develop any antibodies at all, but can nevertheless go through a typical attack of, say, measles, make a normal recovery and show the normal continuing resistance to reinfection. Furthermore, we have heard for years past of attempts made to relate the amount of antibody in patients to their degree of immunity to infection.

The, results have often been so farcically chaotic, so entirely unlike what was expected, that the scandal has had to be hushed up—or put into a report, which is much the same thing (vide M.R.C. Report, No. 272, May 1950, A Study of Diphtheria in Two Areas of Great Britain, now out of print). The worse scandal, however, is that the radio is still telling the schools that the purpose of vaccinating is to produce antibodies. The purpose of vaccinating is to make money! --- Lionel Dole

In order to better grasp the issue of vaccine effectiveness, it would prove helpful for us to go back to the early theoretical foundation upon which current vaccination and disease theories originated. In simplest terms, the theory of artificial immunization postulates that by giving a person a mild form of a disease, via the use of specific foreign proteins, attenuated viruses, etc., the body will react by producing a lasting protective response e.g., antibodies, to protect the body if or when the real disease comes along.

This primal theory of disease prevention originated by Paul Ehrlich--from the time of its inception--has been subject to increasing abandonment by scientists of no small stature. For example not long after the Ehrlich theory came into vogue, W.H. Manwaring, then Professor of Bacteriology and Experimental Pathology at Leland Stanford University observed:

I believe that there is hardly an element of truth in a single one of the basic hypothesis embodied in this theory. My conviction that there was something radically wrong with it arose from a consideration of the almost universal failure of therapeutic methods based on it . . . Twelve years of study with immuno-physical tests have yielded a mass of experimental evidence contrary to, and irreconcilable with the Ehrlich theory, and have convinced me that his conception of the origin, nature, and physiological role of the specific 'antibodies' is erroneous.33

To afford us with a continuing historical perspective of events since Manwaring's time, we can next turn to the classic work on auto-immunity and disease by Sir MacFarlane Burnett, which indicates that since the middle of this century the place of antibodies at the centre stage of immunity to disease has undergone "a striking demotion." For example, it had become well known that children with agammaglobulinaemia--who consequently have no capacity to produce antibody--after contracting measles, (or other zymotic diseases) nonetheless recover with long-lasting immunity. In his view it was clear "that a variety of other immunological mechanisms are functioning effectively without benefit of actively produced antibody."34

The kind of research which led to this a broader perspective on the body's immunological mechanisms included a mid-century British investigation on the relationship of the incidence of diphtheria to the presence of antibodies. The study concluded that there was no observable correlation between the antibody count and the incidence of the disease." "The researchers found people who were highly resistant with extremely low antibody count, and people who developed the disease who had high antibody counts.35 (According to Don de Savingy of IDRC, the significance of the role of multiple immunological factors and mechanisms has gained wide recognition in scientific thinking. [For example, it is now generally held that vaccines operate by stimulating non-humeral mechanisms, with antibody serving only as an indicator that a vaccine was given, or that a person was exposed to a particular infectious agent.])

In the early 70's we find an article in the Australian Journal of Medical Technology by medical virologist B. Allen (of the Australian Laboratory of Microbiology and Pathology, Brisbane) which reported that although a group of recruits were immunized for Rubella, and uniformly demonstrated antibodies, 80 percent of the recruits contracted the disease when later exposed to it. Similar results were demonstrated in a consecutive study conducted at an institution for the mentally disabled. Allen--in commenting on herb research at a University of Melbourne seminar--stated that "one must wonder whether the . . . decision to rely on herd immunity might not have to be rethought.36

As we proceed to the early 80s, we find that upon investigating unexpected and unexplainable outbreaks of acute infection among "immunized" persons, mainstream scientists have begun to seriously question whether their understanding of what constitutes reliable immunity is in fact valid. For example, a team of scientist writing in the New England Journal of Medicine provide evidence for the position that immunityto disease is a broader bio-ecological question then the factors of artificial immunization or serology. They summarily concluded: "It is important to stress that immunity (or its absence) cannot be determined reliable on the basis of history of the disease, history of immunization, or even history of prior serologic determination.37

Despite these significant shifts in scientific thinking, there has unfortunately been little actual progress made in terms of undertaking systematically broad research on the multiple factors which undergird human immunity to disease, and in turn building a system of prevention that is squarely based upon such findings. It seems ironic that as late as 1988 James must still raise the following basic questions. "Why doesn't medical research focus on what factors in our environment and in our lives weaken the immune system? Is this too simple? too ordinary? too undramatic? Or does it threaten too many vested interests . . ?" 38 --- Dr Obomsawin MD, from Universal Immunization

First, it should be made clear that the term "efficacy," when used in the context of a vaccine's antibody-elevating effects, does not equate to effectiveness, i.e. whether or not a vaccine actually works in real life to protect against the infectious agent of concern.

It is this semantic trick (conflating and confusing "efficacy" with "effectiveness") which convinces most of the "developed" world that vaccine research is "evidence-based" and focused on creating enhanced immunity, when in fact it is primarily a highly successful business enterprise dependent on defrauding its "customers" of both their money and health.

The dangers of common vaccines are so well known by "health experts," and the manufacturers who produce, them that their risk (like nuclear power) is underwritten by world governments. The importance of this fact can not be overestimated or understated. 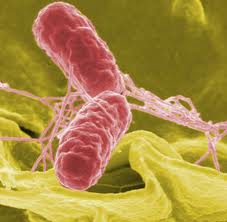 Introducing foreign pathogenic DNA, chemicals, metals, preservatives, etc., into the body through a syringe will generate a response not unlike kicking a bee hive. The harder you kick that beehive, the greater will be the "efficacy" (i.e. elevated antibodies), but the actual affinity that these antibodies will have for the antigen (i.e. pathogen) of concern, can not be guaranteed; nor must the vaccine researchers prove antibody-antigen affinity to receive FDA approval. 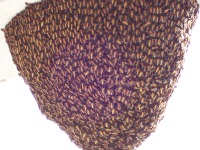 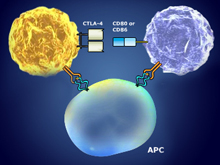