Are Your Apples Full of Antibiotic Drugs? 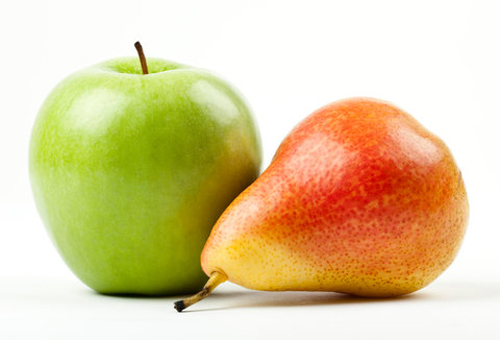 Hard as you try, you may not be able to avoid antibiotics completely. In fact, you're probably even getting a low dose of antibiotics in your apples and cabbage

Our world is awash in antibiotics. Doctors overprescribe antibiotics for viral infections. Every hand soap, cleanser and first-aid cream adds antibiotics. Farm animals are pumped full of the drugs.

It's a serious problem. All those antibiotics have led to mutating microbes that resist modern drugs. Infections from these superbugs are dangerous and life threatening. In 2005, almost 19,000 people in the U.S. died from the superbug MRSA (methicillin-resistant staphylococcus aureus).

Hard as you try, you may not be able to avoid antibiotics completely. In fact, you're probably even getting a low dose of antibiotics in your apples and cabbage.

How Do You Get Antibiotics In The Produce Aisle?

Some fruits, like blueberries, use antibiotics as a pesticide to combat the growth of bacteria, fungi, and algae. In addition to contributing to antibiotic resistance these residues on fruit can cause allergic reactions.

A case study in the Annals of Allergy, Asthma and Immunology, reported on a 10 year-old girl who had an anaphylactic reaction after eating blueberry pie. Doctors determined that blueberries in the pie were contaminated with streptomycin.[1]

Other fruits, especially apples and pears, are vulnerable to a bacterial infection called "fire blight." It spreads quickly and can even wipe out whole orchards. For decades, some growers have sprayed fruit blossoms with streptomycin and oxytetracycline to control the disease.

If you do buy conventional apples, some of the most likely to be sprayed with antibiotics include Braeburn, Fuji, Gala, Golden Delicious, Granny Smith, Honeygold, Pink Lady, and Rome Beauty. Safer choices for apples include varieties that are naturally resistant to the fire blight. They include Jonafree, Cameo, Melrose, Empire, Red Delicious, Honeycrisp, Jonagold, Liberty, McIntosh, and Winesap.

Studies show that manure from animals given antibiotics is a source. Close to 80% of all antibiotics produced in the U.S. are used in farm animals. And they're not just used to treat disease and prevent infections. They're primarily used to help animals gain weight faster. Manure from those animals can contaminate crops with antibiotics.

In 2005, researchers from the University of Minnesota planted corn, green onion and cabbage in manure-treated soil. After just six weeks the crops had absorbed chlortetracycline, a drug used to treat livestock diseases.

In another study in 2007, the researchers planted corn, lettuce and potatoes in soil treated with hog manure. The crops contained sulfamethazine, another drug commonly used in livestock. They suggested that underground crops like potatoes, radishes, and carrots may absorb even more antibiotics from the soil.[2]

So while buying organic helps to reduce the antibiotics on your plate, some organics may still contain low levels of antibiotics. Food grown using antibiotic-containing manure can still receive the USDA organic label.

Not all organic growers use manure with antibiotics, but many do. This is another good reason to buy from a farmer you know.

[1] American College of Allergy, Asthma and Immunology (ACAAI). "Allergic reaction to antibiotic residues in foods? You may have to watch what your fruits and veggies eat." ScienceDaily. ScienceDaily, 3 September 2014.