Are Your "Side Effects" Symptoms of Illness or Healthiness?

Views 2988
Posted on:
Monday, January 21st 2013 at 5:00 am
Written By:
Tracy Kolenchuk
This article is copyrighted by GreenMedInfo LLC, 2013
Visit our Re-post guidelines 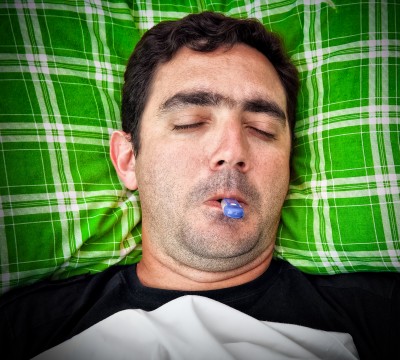 Our current medical paradigm is incomplete and insufficient. Clinical studies treat symptoms* as 'bad', to be 'treated' or minimized. This failure is at the core of many of the systemic medical problems we face today. It is a reason we have 'given up' trying to cure many chronic illnesses. It is also a reason we don't test conventional nor alternative medicines adequately.

Most medical studies completely ignore symptoms of health and healing. All medications list 'side effects' on the packaging.  Every medicine has a design effect. Other effects are listed as 'side effects'.

Side effects can be symptoms of healing and healthiness.  They might be symptoms indicating further, or different, unhealthiness or illness. The packaging, and our current medical systems do not distinguish between these two - and other symptoms.  We will have a better, more effective, medical system when we learn this distinction.

When we have an illness, there are many symptoms to consider:

a) There are symptoms caused by the illness, or the damage it is doing. If you have a bacterial infection, the bacteria could be releasing toxins that cause pain or discomfort.  Discomfort from an illness is immensely varied, and can range from a minor feeling of unease, to unrelenting pain from a serious cancer.

b) There are symptoms that indicate your body is fighting the illness.  Inflammation, pain, swelling, vomiting, etc.

d) There are also symptoms that appear when you have recovered.  If you were sick for a while, your body might feel agitated, eager to get moving, stretching, etc.

When you take medications for an illness - it gets even more complicated. There are many possible symptoms that might result from the medication.  Some aspects of medication might make you 'healthier', which will cause specific symptoms.  Many medicines are toxic - and have a wide variety of possible symptoms as a result.

Clinical testing of medications does not attempt to distinguish between 'healthy' effects and 'unhealthy' effects of a medicine. Side effects are listed, often without judgment or analysis of their cause or meaning.  The only effects studied are effects on the 'illness' being treated - effects on patient healthiness are ignored and not tested.

Most medicines are toxic, and as a result they have side effects. One of the most challenging problems faced by doctors and patients, when considering drugs is the frequency and dangers of 'side effects' of various alternatives.  Every drug lists many side effects on the packaging, and some can be very serious - even causing death, while others can be symptoms of healing and improved healthiness.

The vast majority of drugs sold today do not actually 'cure' disease, they are designed to 'treat the illness' and not expected to cure.  I demonstrated this in a recent blog post, where I simply read the descriptions of the top ten best selling drugs in 2011.  Not one was designed to cure the illness they were recommended for.  Even drugs that cure the illness, often cure by killing - antibiotics kill invading bacteria, but also kill many healthy cells at the same time, resulting in other illnesses, which are generally described as 'side effects'.

Does this mean that we have cured all of the easy diseases - and now must settle for 'treating' diseases that can't be cured?  Today's chronic diseases - from arthritis to cancer, are not cured, they are 'treated' with drugs, each of which have different side effects.

We can learn to cure them, in many cases. The problem lies in our medical view of symptoms of illness and disease.  Our limited view distorts our objectives, our clinical studies and ultimately our treatment options. We need to expand our view of symptoms.

The medical systems views 'symptoms' according to the first definition by Merriam-Webster:

SYMPTOM a : subjective evidence of disease or physical disturbance; : something that indicates the presence of bodily disorder

All symptoms are viewed as 'bad' or indicating a problem. However, the word symptom is not judgmental or negative. Merriam-Webster lists the second meaning as:

SYMPTOM : something that indicates the existence of something else

Wikipedia, also defines symptoms as "a departure from normal function or feeling which is noticed by a patient, indicating the presence of disease or abnormality."  Wikipedia lists many distinctions between different types of symptoms - but all symptoms are defined as 'bad'

Thus, medical systems, and the clinical studies we use to measure medicines (and placebos), tend to treat all symptoms as bad, indicating illness. A clinical study might actually give the best result to a medicine that improves, or removes 'good symptoms' while it does nothing, or worse for 'bad symptoms'.  This medicine would make the illness appear 'better', while actually making it 'worse'.  The used car salesman of medicines. It's not hard to find examples where this happens.

There are many 'symptoms' which, when observed from a health view - can be seen to be aspects of health, not illness - even though they might be commonly named as symptoms of illness.

Vomiting - is often called 'getting sick'. Vomiting is a 'symptom' of illness. Or is it? If you drink too much alcohol or consume other toxins, your body will become toxic and you will - hopefully - vomit.  Vomiting is a healthy, healing act to remove the toxins from your stomach before more are absorbed, causing further damage.  If you are to unhealthy to vomit properly, eg. unconscious, you might die from swallowing your vomit, or from alcohol poisoning.  A 'medicine' that suppresses vomiting might make death by alcohol poisoning more likely, because although it makes you feel 'not sick', it actually makes you 'less healthy'.

That's one example, very specific. But there are many examples.  Many common symptoms, itching, pain, sweating, numbness, etc can by symptoms of illness - but they can also be symptoms of healthiness.

Osteoarthritis, for example.  Arthritis is a joint disorder characterized by inflammation. The inflammation might, depending on the type of arthritis, be a cause of the arthritis - or it might be a reaction to some unhealthiness in the joint.

The joint is inflamed. The inflammation can be a healing reaction to damage, with symptoms of stiffness, swelling, redness and pain.  Swelling and redness are healthy reactions - pain is a reaction to the damage.  The area might also be itchy - an indication of healing.

We can see that it is very difficult to determine which symptoms are 'healthy', which are 'illness' and which are 'unhealthy'. Inflammation might be protecting the joint from further damage - or it might be causing further damage.

Medicines for arthritis treat all symptoms as bad. No effort is made to determine whether the symptoms, in a specific case, are symptoms of healing.  No effort is made to 'enhance healing' in the hope that the arthritis is 'cured'.  As a result, there are no medications to 'cure' arthritis - only medications that 'lessen symptoms of arthritis'. It is assumed that all arthritis symptoms are bad'.  No one is attempting to 'cure' arthritis. Visit your local arthritis society to learn that have lots of information about 'Living With Arthritis', but nothing about healing or curing arthritis.

Until we learn that symptoms of arthritis can also be 'healthy', we will never learn to 'cure' arthritis.

We need to improve our 'clinical studies' methodology.  If we want to heal and cure chronic diseases, we must learn to monitor and improve symptoms of healthiness, and decrease symptoms of unhealthiness.

When we develop clinical techniques to monitor healthiness and unhealthiness - and the effects of medications on healthiness as well as their effects on unhealthiness, we will begin to move past our current medical paradigm - and will learn to resolve problems that cannot be solved by our incomplete paradigm.

When we learn to study medication effects on healthiness, as well as their effects on illness, green medicines, alternative medicines, open source medicines will clearly be seen as more effective in many cases.  We will learn that healthy medicines are 'natural' and less likely to be 'patent medicines'.