Artificial Sweeteners: Avoid Them At All Costs for Breast Health 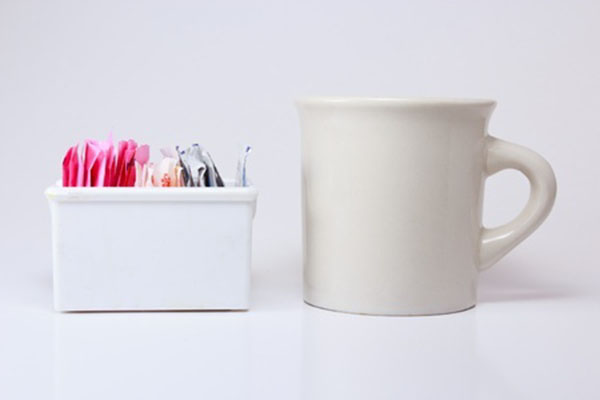 If you are on the natural healing path because of a breast cancer diagnosis or you are simply living a lifestyle that promotes Breast Cancer prevention, then you probably already know the drill when it comes to sugar. What is cancer's best friend? You guessed it- sugar.

"It's been known since 1923 that tumor cells use a lot more glucose than normal cells," says says Don Ayer, Ph.D., a Huntsman Cancer Institute investigator and professor in the Department of Oncological Sciences at the University of Utah.  And a recent study done at UCLA's Jonsson Comprehensive Cancer Center proved how easy it is to kill cancer cells: simply deprive them of glucose.

What in the world can you turn to instead, then, when the craving for something sweet strikes? There are healthy alternatives to sugar and other high-glucose products; Stevia certainly tops that list. Unfortunately, there are also substances that may say they are safe on the label, but are anything but.

Many Names, All Artificial

They go by many names: aspartame, saccharin, acesulfame potassium, neotame and sucralose as well as NutraSweet, Equal, Sweet'N Low and Splenda. They all have one thing in common, however. All of these substances are artificially-created chemical compounds that heavily contribute to the toxic load in your system, often in dire and dangerous ways.

Aspartame is perhaps the worse of the bunch. As major companies like Coca-Cola continue to pour it into their products and diabetes-sufferers continue to consume it en masse, the Center for Science in the Public Interest's (CSPI) Executive Director Michael F. Jacobson says:

"Aspartame has been found to cause cancer—leukemia, lymphoma, and other tumors—in laboratory animals, and it shouldn't be in the food supply."

Saccharin, although perhaps slightly less carcinogenic than aspartame, should also be avoided. Manufactured by the same company that produces aspartame, rat studies with saccharin as far back as the early 1970's found a link between this substance and bladder cancer. Today the controversy continues. In 2000, the substance was removed from the U.S. National Toxicology Program's Report on Carcinogens. However, the CSPI still places it on its "avoid" list. I would recommend doing the same.

Splenda, the trade-marked name for the substance sucralose, is currently the best-selling artificial sweetener in the world. Since 2003, it has been touted as great for baking since, unlike other artificial sweeteners, it seemed to be nonreactive to heat. This claim turns out to be far from the truth, however. Recent studies discovered that when heated, Sucralose actually releases chloropropanols, which are a form of dioxin. Dioxin was a component of Agent Orange during the Vietnam War and is considered to be one of the deadliest chemicals known to man.

Another study conducted by Duke University in 2008 also linked use of sucralose to the reduction of beneficial gut flora in rats and, in turn, to possible immune deficiencies. To date there has been no long-term human studies conducted to determine the safety of Splenda since FDA approval in 1998.

According to the University Of Columbia School Of Public health, "95% of all cancer is due to diet and the accumulation of toxins." Essential #2 of "The 7 Essentials System ™ " for healing and preventing Breast Cancer naturally is to reduce your toxic exposure. If you are going to make a conscious decision about your health, it is crucial for you to become aware of the hundreds of toxins that you are exposed to in your everyday life. Artificial sweeteners are definitely one of them and must be avoided at all costs for breast cancer healing and prevention.

Dr. Veronique Desaulniers (“Dr. V”) is a best-selling author and specialist in Chiropractic, Bio-Energetics, Meridian Stress Analysis, Homeopathy and Digital Thermography. After 30 years in active practice, she decided to “retire” and devote her time to sharing her personal, non-toxic Breast Cancer healing journey with others. Her years of experience and research have culminated in “The 7 Essentials™ “, a step-by-step coaching program that unravels the mystery of healing the body. Her website and personal healing journey have touched the lives of thousands of women around the globe. To get your F.R.E.E. 7-day mini e-course and to receive her weekly inspiring articles on the power of Natural Medicine, visit https://breastcancerconqueror.com/.