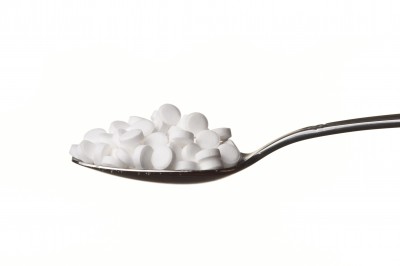 A new study published this month in the journal Appetite revealed that when rats* were given the synthetic sweeteners saccharin and aspartame, compared to sucrose (table sugar), they gained more weight even at similar total caloric intake levels.[i]

The researchers set out to experimentally confirm the suggestion that the use of nonnutritive sweeteners can lead to weight gain, noting that "evidence regarding their real effect on body weight and satiety is still inconclusive."

Satiety, that is, the ability to satisfy the appetite, should be a function of how nourishing something is. Artificial sweeteners, which divorce sweetness from caloric content (i.e. nourishment), leave the cells without the monosaccharides -- primarily glucose -- they need and crave, and which is why the sensation of sweetness is hard-wired in our bodies to illicit a feeling of pleasure. Ultimately, nonnutritive synthetic sweeteners could be considered neuroendocrine disruptors, breaking, altering or amplifying the intimately connected feedback loops between pleasure and nourishment, deprivation and fat-storage, exertion and inactivity, some of which are as ancient as life itself.

The fact that the rats in both the artificial sweetener and sugar groups consumed the same amount of calories, highlights how chemicals (aspartame and saccharin), much like pesticides, may actually poison us into gaining weight.[ii] [iii] [iv]

The challenge for millions of consumers around the world is clearly recognizing the dangers of artificial sweeteners like aspartame, given it is safety approved in 90 nations.  Despite reassurances from many world governments, manufacturers and marketers, the research itself does not lend unequivocal support to the view that they are entirely safe.

For those interested in viewing the 'other side' of the evidence, you will find peer-reviewed and published research on our site linking aspartame to over 40 adverse health effects, including fibromyalgia, brain cancer, kidney damage, urinary tract cancer, leukemia and many other serious conditions.[v] Saccharin has also been linked to urinary tract cancer, DNA damage, aging, atherosclerosis, and hyperinsulinism.[vi]

For healthy alternatives to synthetic sweeteners and sugar, read: Sweet! Dieting Without the Deprivation.

*While GrenMedInfo.com cites and indexes research performed on animals we do not believe animal experimentation is necessary. For more information read our dedication page.