Aspirin & Your Heart: The Continuing Devaluation of Aspirin's Resume

Views 558
Posted on:
Tuesday, July 28th 2020 at 9:30 am
Written By:
Linda Woolven & Ted Snider
This article is copyrighted by GreenMedInfo LLC, 2020
Visit our Re-post guidelines 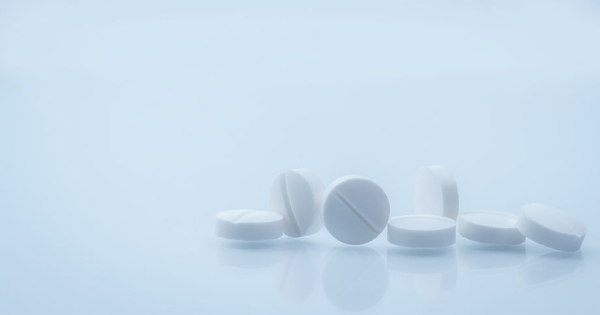 Aspirin, once recommended for the primary prevention of heart disease, is now being challenged even for secondary prevention of cardiovascular disease, raising questions about its effectiveness -- and safety -- for a large population of people

For decades routine medical advice has endorsed aspirin for the prevention of cardiovascular disease. Recent research has consistently chipped away at the justification for that advice.

In Canada, 5.3 million adults take aspirin to prevent heart disease. But most of them, according to new Heart and Stroke Foundation guidelines published in the Canadian Medical Association Journal, should stop.

In 2019, the American College of Cardiology and the American Heart Association reversed decades of routine medical advice and stopped recommending low-dose aspirin for the prevention of primary -- that is first time -- atherosclerotic cardiovascular disease (ASCVD).

This ending of the relationship with aspirin brought the U.S. into line with current European medical advice. One year later, Canada has joined the consensus and broken up with aspirin, no longer recommending it for the prevention of primary heart disease.

Though the American guidelines allow that low-dose aspirin may be considered for people between 40 and 70 years at increased risk of ASCVD but not increased risk of bleeding, they caution both that "benefits of aspirin ... have been less evident in more recent trials" and that "the gap of relative benefit to relative harm for aspirin has narrowed."

They, therefore, lower the confidence of the recommendation to take aspirin for the prevention of ASCVD even in people at higher risk.

Several recent studies explain the change in recommendations. One review of the research found no benefit, but significant risk, of low-dose aspirin in people who had not had a prior heart attack. The second concluded, "There is no reliable evidence that aspirin used in the current fashionable doses of 50-100 mg/day is of any benefit in any common clinical setting." According to this study, "any common clinical setting" incudes even people "with known cardiovascular disease."

Research on people at higher risk because of multiple risk factors like high blood pressure, cholesterol problems or diabetes have found either that aspirin does not reduce risk but does increase side effects or that the side effects of gastrointestinal and extracranial bleeding offset the smaller prevention of vascular events (NEJM 2018;379:1529-1539).

A recent study published in The New England Journal of Medicine found that aspirin provided no significant reduction in risk of cardiovascular disease in people who had not previously suffered a cardiovascular event but did significantly increase the risk of major hemorrhage.

The new Canadian Heart and Stroke guidelines are based on many of these same studies as well as another new study of people with average cardiovascular risk that also found that while the risk of bleeding was greater on aspirin, the risk of cardiovascular events was not significantly lowered. The Canadian guidelines also reference two systematic reviews that confirmed that low-dose aspirin significantly increased the risk of major bleeding events (here and here).

Because of the lack of benefit for cardiovascular events or mortality and the increased risk of major gastrointestinal and extracranial bleeding events, the new Canadian guidelines no longer recommend aspirin, or acetylsalicylic acid (ASA), for primary prevention of cardiovascular disease -- that is for people without a prior history of cardiovascular events -- because the harms of ASA could potentially outweigh the benefits.

They continue to recommend it for people with a history of cardiovascular, cerebrovascular or peripheral artery disease. The new guidelines make it clear that ASA is no longer recommended for prevention of a first vascular event even if you have vascular risk factors: a recommendation that is based on the studies discussed above.

Cardiovascular disease accounts for 1 out of every 3 deaths in Canada: more than all kinds of cancer combined. ASA has been the common recommendation for prevention for decades. That failing is now being addressed. For people who have never experienced a cardiovascular event, even if they have multiple risk factors, low-dose aspirin is no longer recommended for prevention in most people because the bleeding risks outweigh the unrealized benefits.

And now a just published systematic review and meta-analysis even further erodes aspirin's value for even secondary prevention, that is for people who have existing cardiovascular disease or who have already suffered a prior event.

Study Questions Aspirin Even for People With Existing Heart Risks

The new study looked at all the previous studies that compared aspirin to a P2Y12 inhibitor for secondary prevention in people with existing cerebrovascular, coronary or peripheral artery disease. P2Y12 inhibitors are another class of antiplatelet drugs. It included nine studies of 42,108 people.

People who got the P2Y12 inhibitors had a borderline 19% reduction for the risk of myocardial infarction compared with those who received aspirin. Neither treatment had a benefit over the other for risk of stroke, vascular death or death from any cause. The risk of major bleeding was the same for both treatments.

That means aspirin is a worse choice than P2Y12 inhibitors for the secondary prevention of cardiovascular disease. But P2Y12 inhibitors are not a much better choice either: you would need to treat 244 people to prevent one extra heart attack.

For that reason, the researchers concluded that P2Y12 inhibitors' benefit over aspirin "is of debatable clinical relevance, in view of the high number needed to treat to prevent a myocardial infarction and the absence of any effect on all-cause and vascular mortality." This new study further erodes confidence in the recommendation of aspirin even for secondary prevention of cardiovascular disease.

If you found this article interesting, join Linda and Ted's newsletter and get The Natural Path delivered to your inbox every month. The Natural Path is Your Guide to Good Health & Vitality: Cutting Edge Research Made Easy. Subscribe today and get the latest research to keep you and your family healthy.