This article is copyrighted by GreenMedInfo LLC, 2016
Originally published on JeffreyDachMD.com 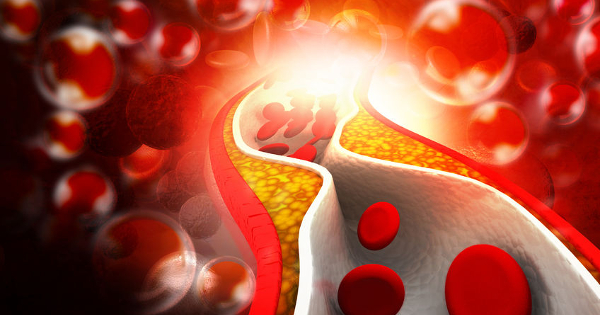 I first met Stephen Fry M.D. a couple of years ago at his booth at the ACAM meeting at the Diplomat Hotel in Hollywood, and enjoyed an interesting conversation about his work.  We met a second time last month again at his booth at a medical meeting.  Dr. Stephen Fry runs his own microbiology lab where he examines high powered views of biofilms in atherosclerotic plaque material obtained from surgical specimens.(1-2) These biofilms are colonized by multiple bacterial, fungal and protozoal organisms identified by DNA and ribosomal RNA sequencing.  A true pioneer in the field, Dr. Fry has identified a new organism not listed in the gene databank, which he named "Protomyxzoa Rheumatica."

With the recent revelations of Allesio Fasano et al about the increased permeability of the gut wall called "Leaky Gut" which allows bacterial organisms, and undigested food particles into the blood stream, the next logical thought in this sequence is: What happens to all these micro-organisms which are leaking into the blood stream?

Undoubtedly there is an immune response with release of inflammatory markers cytokines, myeloperoxidase etc.  In addition, this may trigger autoimmune disease through the wonders of "molecular mimicry."  Some of these microbial organisms possess similar amino acid sequences shared by our own tissues, thereby creating autoimmune disease.  However, my question is: What happens when these microorganisms set up house?  Where do they go and what do they do?

The Endothelium as the Innocent Bystander

Of course, all the blood from the gut enters the portal venous system which goes directly to the liver and spleen.  The reticuloendothelial system of the liver and spleen serve as a giant filtering system for all this "goop" leaking into the blood stream from our permeable small bowels.  This is protective.  However, assuming this filtering system has been overwhelmed allowing a bolus of slimy microorganisms to gain entry to circulation, where does it go?  Setting up house in the endothelium is not difficult to imagine.  The endothelium is the inner lining of our blood vessels and this layer is in direct contact our evil bolus of microorganisms.

If one pauses for a minute to think about skin infections in kids, the skin seems immune to infection until there is an injury, a scrape, laceration  or  some break in the dermal barrier.  This injury allows entry of microorganisms which then form an infection with the usual hallmarks of pus and inflammation.  Same can be said for the vascular system.  Formation of atherosclerotic plaque tends to occur at sites of injury, such as at bifurcations where shear forces are maximal, and at sites of movement such as the coronary arteries imbedded in the moving surface of the left ventricle.  So, the idea of atherosclerotic plaque as infected biofilm certainly fits the pattern of commonly affected sites in the arterial tree.

Uffe Ravnskov and Killmer McKully have been writing about this for at least 8 years now.(5-6)  In multiple publications listed below, the two doctors list research studies clearly falsifying the cholesterol theory of atherosclerotic disease, while at the same time massing evidence that atherosclerotic plaque is an infected biofilm colonized with a diverse flora of bacterial, fungal and protozoal organisms.

The End For Statins?

If this is true, then this represents a paradigm shift our thinking about the etiology of atherosclerotic vascular disease, and the end of the anti-cholesterol statin drug era.  OOPS!  The drug industry is not going to be happy about this one.

Does High Cholesterol Cause Heart Disease?

To learn more about natural, evidence-based interventions for Arterial Plaque, use the GreenMedInfo.com Research Dashboard: 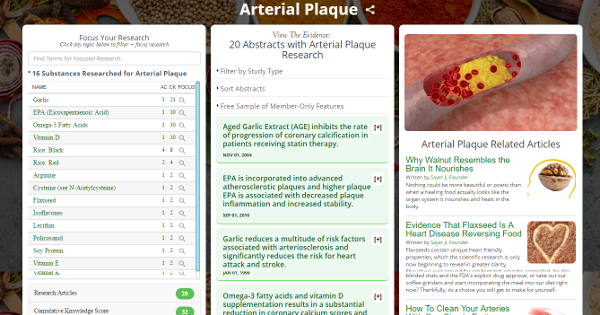 9) Vojdani, A. "The Role of Periodontal Disease and Other Infections in the Pathogenesis of Atherosclerosis and Systemic Diseases." TOWNSEND LETTER FOR DOCTORS AND PATIENTS (2000): 52-57.