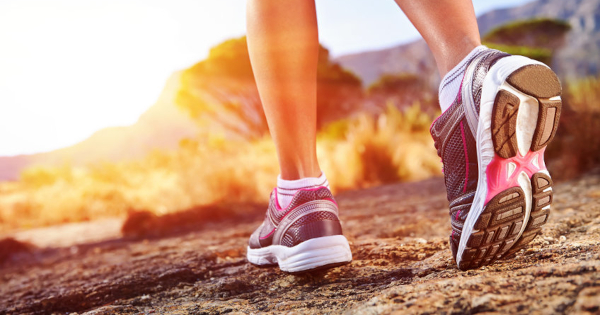 Relieve the painful symptoms of athlete's foot and address the systemic fungal problem with these five natural antifungals, some of which you'll find directly in your kitchen pantry

Fungal infection of the feet can lead to white, soggy skin between your toes along with skin blistering, reddening and dry, flaky soles. This is more popularly known as athlete's foot, caused by dermatophyte infection and mainly characterized by itching, flaking and fissuring of the affected skin.

In most people, the infection manifests on the webbed skin in between toes.[i] In others, the infection spreads to at least one toenail, causing the nail to appear abnormally thick and cloudy yellow in appearance.

About 15% to 25% of people are likely to have athlete's foot at any given time, and the infection can spread not just to other body parts but also to other people.[ii] While not life-threatening in people with a healthy immune system, the condition can cause persistent itching and fissuring in some people, who may not know there's already persistent infection.

If you're not keen on using topical prescription medications or don't find them to be a long-term solution, there are natural antifungal agents available to stem the underlying issue. Here are some you may explore today.

A randomized study sought to examine the effectiveness of 2% butenafine hydrochloride and 5% tea tree oil in cream form to manage the fungal infection toenail onychomycosis.[iii] The study followed 60 subjects ages 18 to 80, and after 16 weeks, 80% of those using medicated cream were cured. None had the same effect in the placebo group.

In a randomized study on tea tree oil's specific action against athlete's foot-causing dermatophytes, 25% and 50% tea tree oil concentrations were tested on interdigital tinea pedis (athlete's foot) among 158 patients.[iv] The subjects applied the solution twice daily for four weeks, and by the end of the trial, 64% in the 50% tea tree oil group were cured versus 31% in the placebo group.

Interestingly, tea tree was also found effective in inhibiting vaginal Candida strains that include those resistant to the drug fluconazole, as well as the fungus Malassezia furfur, which is associated with dandruff and seborrheic dermatitis.[v],[vi]

The essential oil from Rosa damascena Mill., among the most important aromatic species of the Rosaceae family, has been used to address a number of fungi and bacteria. In an Iranian study, the essential oil's most important compounds turned out to be nonadecane, heneicosane, oleic acid and citronellol.[vii]

The results showed that the highest inhibiting activity of rose essential oil was against Aspergillus brasiliensis, along with a significant effect on Klebsiella pneumoniae. The oil was also lethal to Candida albicans, similar to the therapeutic action of the antifungal nystatin.

The researchers concluded that damask rose can be an alternative natural solution to prevent and treat fungal diseases in humans as well as fight food spoilage.

Cumin, scientifically known as Cuminum cyminum, is a flowering plant in the parsley family and has its dried seed commonly used in many cultures both in whole and ground forms. Its essential oil is suggested to have antibacterial, antifungal and antioxidant properties, with powerful uses in food preservation as well as wellness therapy.[viii],[ix]

A 2010 study tested cumin's activity against dermatophytes and phytopathogens, fungi, yeasts and some new Aspergillus species.[x] Based on the team's antifungal testing, cumin was generally active against all fungi but was particularly potent against dermatophytes, with Trichophyton rubrum as the most inhibited fungus at the lower dose.

The humble Moringa oleifera, also often called the drumstick tree or the miracle tree, has been used for centuries for therapeutic benefits. Investigations into the therapeutic effects of its seeds and leaves showed that it has antifungal action against dermatophytes such as Trichophyton rubrum, Trichophyton mentagrophytes, Epidermophyton floccosum and Microsporum canis.

Analysis of the essential oil's chemical composition revealed a total of 44 compounds, with promising future uses against skin disease.[xi]

The antifungal properties of these cooking staples aren't ones to be ignored. A 2010 study evaluated the antifungal activity of their extracts against 25 strains of Malassezia furfur, 18 strains of Candida albicans, 12 strains of other Candida species and 35 strains of various dermatophytes, comparing them with the action of the known antifungal drug ketoconazole.[xii]

Remedies to Try at Home

Use a clean cotton pad to apply the mixture to the affected area. Try not to touch healthy skin areas so as not to spread the fungus. Try a garlic foot soak, too, as a home remedy.[xiv] Crush four cloves, stir them into a basin containing warm water and soak your feet for 30 minutes. Do this twice a day for about one week. Note, however, that this home remedy can leave a strong garlic smell on your skin.

Discover more natural antifungal agents to nip a case of athlete's foot in the bud through scientific abstracts found on the GreenMedInfo.com database.