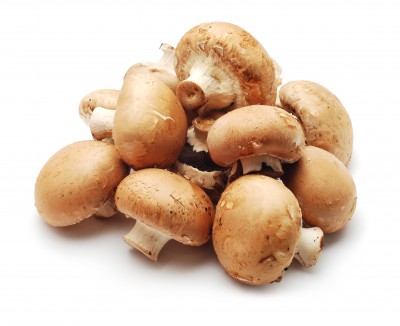 Although mushrooms get good press as a low-calorie, high fiber, low-cholesterol, low-sodium decoration for your pizza, there is much more to the mushroom story than that.

Mushrooms have been valued for their culinary and medicinal properties for thousands of years and the Egyptians reserved them by law for the pharaoh. Hieroglyphics dating back 4,600 years depict their royal ancestry as well as their association with immortality.

In ancient times, mushrooms were not cultivated but grew wild, and always carried the risk that the wrong (i.e., poisonous) variety had been gathered intentionally or unintentionally, as the Roman Emperor Claudius found when his mushroom dinner became his last meal.

Ancient Asian civilizations believed that mushrooms, especially the shiitake and maitake varieties, support health generally and the immune system in particular. Today there is a wealth of scientific research attesting to the health benefits of mushrooms.

Selenium is also the chemical element that the body needs to efficiently use oxygen, detoxify the body, promote heart health and maintain healthy skin.

Crimini mushrooms, the brown mushrooms that are sometimes called "baby bellas," provide over 52% of the daily recommended value of selenium. They also provide almost 30% of the daily value of niacin (vitamin B3) which forms enzymes needed to convert sugars into energy. Niacin is also helpful in lowering cholesterol and preventing osteoarthritis.

Because they are grown in the dark, it is a little odd that mushrooms are a good source of vitamin D,the sunshine vitamin. In fact, mushrooms are one of the few "vegetarian" sources of vitamin D, which is otherwise available naturally in cod liver oil, fatty fish like mackerel, salmon, sardines and tuna, or eggs and liver. It is estimated that 10 mushrooms provide 10% of the daily value of vitamin D.

In the future, mushrooms may become an even richer source of vitamin D since, like humans, they produce vitamin D when exposed to sunshine. Recent research suggests that exposing mushrooms to ultraviolet rays for just 5 minutes could increase their vitamin D content to 100% or more of the recommended daily value. For many of us this is a more palatable choice than cod liver oil.

Other nutritional benefits of mushrooms include:

The most common cultivated edible mushroom in the world is the button mushroom which was for many years believed to have no nutritional or medicinal value. Recent studies, however, have established that the lowly button, as well as crimini and portobello, contain as much anti-oxidant power as their Asian counterparts that have been prized for centuries for their disease prevention and healing properties.

In Asian medicine, shiitake and maitake mushrooms, now widely available in U.S. markets, have proven so successful in boosting the immune system and fighting cancer, that they are now being tested against HIV.

Reishi mushrooms are also a staple of Chinese medicine. Although they are not edible, they are available in teas, extract and capsules and are used to improve immunity and reduce inflammation.

Edible mushrooms are versatile and easy to incorporate into your daily diet. All it takes is a one-half cup serving to start to get the benefits.  Add them to soups, stews, grains and greens or toss them into your salad.

Here are some varieties to try.

White Button  These white mushrooms are far and away the most popular variety in the U.S. and constitute 87% of sales. They have a mild flavor, can be cooked or eaten raw and come in a wide range of sizes from tiny to large stuffing caps.

Crimini  These brown mushrooms resemble the button except that they are darker, ranging from light tan to dark brown. They have a more intense flavor but are still relatively mild and can be prepared and used interchangeably with the button variety.

Portabello  These large mushrooms are the mature version of crimini and in fact, until the mid 1980's, were considered a waste product because they had grown too big to maintain the uniformly domed shape of the crimini. When Phillips Mushroom Farm in Chester County, Pennsylvania began giving portabellas away to chefs along the East Coast, consumers started to demand them and today they are available in most supermarkets. They are much more robust than the button or crimini and their meaty texture allows them to stand up to grilling, broiling and roasting.

Shiitake  These dark brown mushrooms have a distinctive umbrella shape, earthy flavor and chewy texture. The stems of these mushrooms should be removed before cooking because they are too tough for eating.  Shiitake have been studied extensively for their cancer prevention abilities.

Enoki  These delicate white clustered filaments with tiny caps are very mild and crunchy and serve as garnishes for soups and salads.  Enoki also have proven immune system benefits.

Maitake Also known as "hen of the woods" these dark brown wavy clusters can be simmered or grilled and have a much more woodsy flavor than other varieties.  Maitake are also known for their healing properties and immunity protection in eastern cultures.

Oyster  Shaped like soft oyster shells, these light gray colored mushrooms need to be cooked only briefly.  Studies suggest they may have therapeutic value in the treatment of diabetes.

Pom-Poms  These soft white balls have a mild taste and no stem. They are prepared without washing by slicing and sautéing, and have been compared to lobster or veal in taste. They have been claimed in eastern medicine to help with digestive and nervous system problems as well as many other conditions.

No longer reserved for pharaohs and emperors, Americans consume almost one billion pounds of mushrooms annually, or 4 pounds per capita each year.

Are you are eating your annual 4 pounds of mushrooms?  What's your favorite way to get mushrooms into your menu?