Views 13642
Posted on:
Thursday, December 12th 2019 at 11:00 am
Written By:
GreenMedInfo Research Group
This article is copyrighted by GreenMedInfo LLC, 2019
Visit our Re-post guidelines 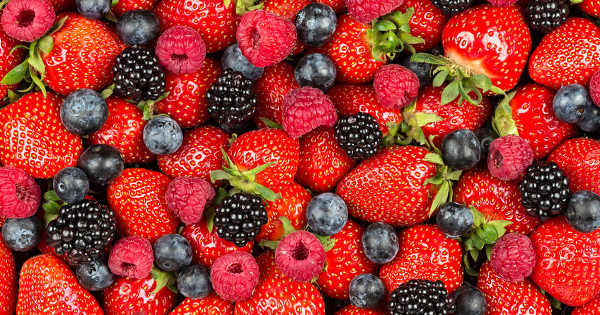 In an analysis of data on berry intake, mental decline has been slower for women over age 70 who regularly consumed strawberries or blueberries. These findings aren't alone in vouching for berries' longevity-promoting and cognition boosting properties, as previous studies reflect similar therapeutic actions

Blueberries, blackberries, strawberries, raspberries, cranberries and the world's other berry varieties are widely celebrated for their brain benefits. This is in large part thanks to their anthocyanins, flavonoid compounds that give the fruits their distinct colors and are capable of crossing the blood-brain barrier to act on areas of the brain linked to memory and cognition.[i],[ii]

Not only that, berries are also concentrated sources of vitamins, minerals, antioxidants, polyphenols, and phytosterols that translate to a massive range of health benefits (more than 350 conditions studied), including reducing risk factors for cardiovascular disease such as obesity and oxidative stress.

In an analysis of data on 16,010 women over age 70 participating in the Nurses' Health Study, researchers probed berries' potential impact on aging brains.[iii] The subjects were tested for cognitive functions such as memory every two years. They also completed diet-related questionnaires every four years.

The conclusion: participants who consumed at least two half-cup servings of blueberries or strawberries every week had slower mental decline. This equated to a delay in cognitive aging by about 1.5 to 2.5 years. Previous studies have also explored the link between berries and healthy brain aging:

They found that with intake of the fruit, there was a significant rise in the expression of the AMP-activated protein kinase (AMPK) cascade genes, which played a part in mitochondrial health and antioxidant protection. AMPK was shown to be involved in strawberry's beneficial effects against the progression of aging.

Participants were randomly chosen to consume 30 milliliters of blueberry concentrate offering 387 milligrams (mg) of anthocyanidins or a placebo. Before and after supplementing, they underwent a battery of cognitive function tests, including functional magnetic resonance imaging, or fMRI.

Significant improvements in brain perfusion and enhanced working memory occurred in the blueberry group compared to the placebo group, suggesting a positive impact on cognitive function among the elderly.

The 215 subjects received either 600 mg per day of polyphenol-rich extract from grape and blueberry (PEBG) (with 258 mg of flavonoids) or a placebo for six months, and went through learning and memory testing. Results showed that PEBG improved age-related episodic memory decline in those with the highest cognitive impairments.

With the rising incidence of Alzheimer's disease and other forms of dementia, these findings emphasize the critical role of berries for maintaining brain wellness. They demonstrate that you can influence your brain health in later life, perhaps even staving off cognitive decline and impairment, by making positive dietary choices, like eating more berries.

Berries boast some of the highest level of antioxidants, which play a key role in neutralizing reactive oxidative species. According to research from the USDA Agricultural Research Service, berries hold a whopping six spots out of the top 12 common foods with the most antioxidant potential.

A diet that includes a good portion of berries every day offers some of the highest level of antioxidants available, which then gives your brain a better chance at healthy functioning years and decades down the road.

[i] GreenMedinfo, Berries and Aging