Views 286
Posted on:
Friday, May 8th 2020 at 2:45 pm
Written By:
GreenMedInfo Research Group
This article is copyrighted by GreenMedInfo LLC, 2020
Visit our Re-post guidelines 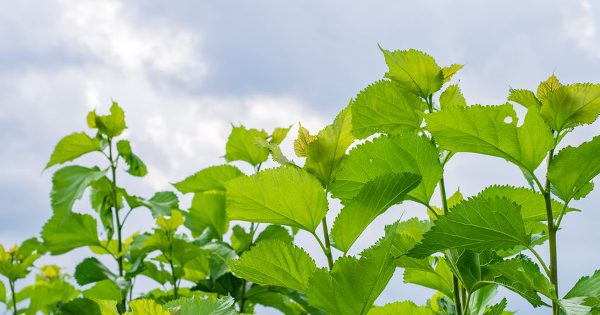 For middle-aged women, the onset of menopause can arrive in the form of hot flashes, insomnia, mood changes, muscle pain and memory fog. Researchers have investigated the effects of black mulberry leaf on sufferers of these symptoms and found favorable effects

Menopause is a normal biological process that, for the average woman, typically occurs at the age of 51. Menopause refers to the cessation of the menstrual period for one year, the process of which may begin five to eight years prior. For some women, early onset of menopause can occur due to several risk factors, such as smoking, shorter menstrual cycles and history of heart disease.[i]

The symptoms of menopause may be addressed via a healthy diet and lifestyle, which can help prevent weight gain, heart disease and osteoporosis.[ii] Stress management is particularly important because high stress levels can result in long-term inflammation of adrenal glands. These glands are responsible for regulating stress levels, sex hormone production and salt/water balance in the body.

One plant that's been found to have positive effects among women with menopausal symptoms is black mulberry (Morus nigra). Black mulberry boasts anti-inflammatory and antioxidant properties and has been used throughout time for other wellness benefits.[iii]

In a randomized controlled trial, researchers from the Hospital of the Federal University of Maranhão in Brazil tested the efficacy of black mulberry leaf in easing the symptoms of menopause. These symptoms included muscle pain, hot flashes and mood changes.

Sixty-two women were divided into three groups: one group received 250 milligrams (mg) of mulberry leaf powder, the second group received 1 mg of estradiol, a hormone therapy, and the last group received a placebo for 60 days.

The study revealed that while there was a reduction in the Blatt-Kupperman menopausal index (BKI) of the women in all the groups, mental health, vitality and overall quality of life of women in the black mulberry group improved.[iv] Menopause symptoms and quality of life improved among the women taking black mulberry, with effects similar to those taking hormone therapy.

Other Renowned Benefits of Mulberry

As a Traditional Chinese Medicine, black mulberry leaf is often used to treat gastrointestinal ailments because of its prokinetic, laxative and antidiarrheal effects.[v]

It has also been found to have hypoglycemic effects against diabetes. A 2019 study revealed that mulberry leaf flavonoids can regulate the 13 biomarkers of diabetes in animal models as well as protect the liver and kidneys.[vi]

There are multiple tried-and-tested botanical therapies that can help treat symptoms of menopause, including fennel, hops, flax and tomato.[viii],[ix]

In several studies, fennel has been found to be effective in easing the symptoms of menopause. In a triple-blinded study that included 90 menopausal women, 45 women received 100 mg of fennel twice a day while another group received placebo.

Both groups had the same severity of symptoms at the end of the study, but the women who received fennel had significantly lower scores on the Menopause Rating Scale.[x]

To read more on the benefits of mulberry leaf, check out the list of 72 abstracts found on GreenMedInfo.com. More research-based data and information about natural options for menopausal syndrome can also be found on the site. 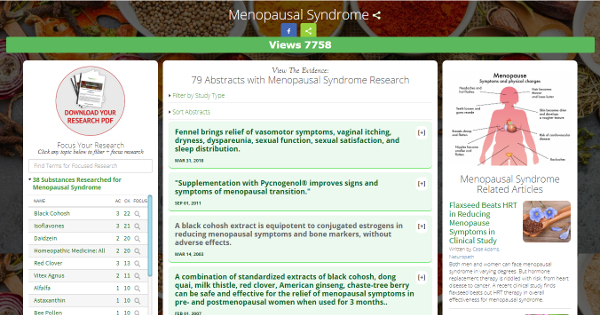