Black Rice Beats Brown When It Comes To Its Health Benefits

Views 105611
Posted on:
Saturday, August 25th 2012 at 5:00 am
Written By:
Margie King, Health Coach
This article is copyrighted by GreenMedInfo LLC, 2012
Visit our Re-post guidelines 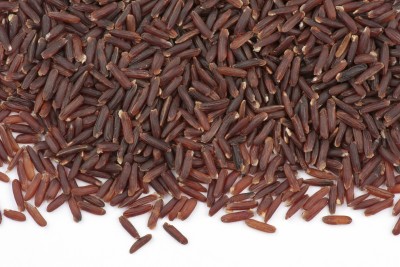 You already know that brown rice is a nutrition powerhouse compared to white rice.  But you can do even better.  Discover the benefits of black rice.

Brown rice is rich in fiber, vitamin E compounds and cholesterol lowering antioxidants. Those benefits are all contained in the brown bran.

Brown rice is produced by removing only the outermost layer, the hull, of the rice kernel keeping most of its nutritional value intact.  But when the rice kernel is milled and polished to make it white, here's what can get destroyed:

Once all the good stuff is removed, white rice is then enriched.  That means that vitamins B1, B3 and iron are added back, but the rest of the nutrients are lost for good.

Some of those lost nutrients may actually offer protection from high blood pressure and atherosclerosis ("hardening of the arteries").

Laboratory research conducted jointly at Temple University School of Medicine in Philadelphia and the Nagaoka National College of Technology in Japan attributes the cardio-protective effects of brown rice to a thin layer of tissue that's stripped away when brown rice is polished to make white rice.

Known as the subaleurone layer, it is rich in oligosaccharides and dietary fibers.  The researchers believe the missing layer may work against angiotensin II, an endocrine protein which contributes to the development of high blood pressure and atherosclerosis.

According to the scientists, this could help explain why fewer people die of cardiovascular disease in Japan compared to the U.S.  In Japan most people eat at least one rice-based dish per day, but in the U.S. rice is not a mainstay of the daily diet.

Black rice is even better than brown rice

Black rice offers all of the same health benefits of brown rice but it also packs some serious antioxidants.

Because of its dark color, black rice bran contains the same anthocyanin antioxidants found in blueberries or blackberries.

According to research from the Department of Food Science at Louisiana State University, a spoonful of black rice bran contains more health promoting anthocyanin antioxidants than a spoonful of blueberries, but with less sugar and more fiber and vitamin E antioxidants.

Found in dark blue, red and purple foods, anthocyanin antioxidants show promise for fighting heart disease, cancer, and other diseases.  Black rice is often referred to as "purple rice," since when it's soaked or cooked it changes from black to a deep purple or burgundy color.

Grown primarily in Asia, black rice is an heirloom or heritage variety.  It is also known as "Forbidden Rice," since in ancient China it was reserved for the emperor and nobles, and commoners were prohibited from eating it.

The bran or hard outer shell of the black rice is the part with all the great benefits but it also makes the rice a little tricky to cook. Like brown rice, it will take close to an hour although the actual cooking time can be shortened by soaking the rice for an hour, or even overnight, to speed the process.

Black rice can be used in place of brown or white rice and is often featured in dessert recipes, particularly rice puddings, because its natural flavor is rich and sweet.