Views 3545
Posted on:
Wednesday, December 20th 2017 at 10:45 am
Written By:
James Maskell
This article is copyrighted by GreenMedInfo LLC, 2018
Visit our Re-post guidelines 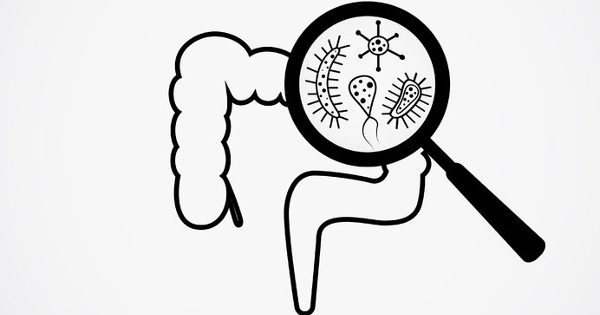 If you have been following our Evolution of Medicine movement for the last few years, it is clear that community has been right at the center. Our flagship show, the Functional Forum, started as a community for doctors in New York interested in functional medicine. We now have over 500 worldwide monthly meetups, with many practitioners finding local community for the first time.

Almost three years ago in my TEDx talk “Community, Not Medicine, Creates Health,” I referenced a number of obvious ways in which community and health creation went hand in hand, from the Blue Zones to group visits. Later in the talk, I surmised that the most important community for health creation was actually inside of each of us.

Arguably the biggest medical discovery of our current decade, the human microbiome is the massive community of microbes that live in, on and around your body at all times. More than 99% are beneficial, and the highest concentration of these microbes reside in our guts, and play a key role in our digestion, metabolism and immunity.

I was fortunate to learn about this incredible “new organ” very early through attending physician education conferences; and in late 2012 news of the microbiome began to surface. In early 2013, I wrote almost 20 blogs on the topic in the glory years of MindBodyGreen, and it has been consistently the most popular subject on the Functional Forum and throughout our other content platforms for health professionals.

Despite all the press the microbiome has received, there is one key function that hasn’t really been highlighted to date, and in the context of the world in 2018 it just might be the most interesting function of all.

Whilst the function of the individual microbes is certainly fascinating, it’s how the microbes communicate with one another and organize that takes fascinating to the next level. The conventional viewpoint of microbes has been that they act “unicellularly”, responding only to stimulus in their own environment. This is now seen as an overly simplistic model for a complex and intelligent organism.

Through a mechanism called quorum sensing, microbes communicate with each other dynamically, deciding if and when to work together to achieve certain functions not possible in isolation. The do this using small “hormone-like” organic compounds referred to as “auto-inducers”.

What makes this process so interesting, and applicable to the future of medicine and technology, is that quorum sensing facilitates the coordination of a decentralized community of microbes.

Through this process of quorum sensing — which makes up the majority of the gut microbiome’s communication systems, there is no defined leader, rather a peer-to-peer system capable of monitoring the consensus of the group and facilitating coordinated action by the community.

This also helps explain why it’s been so difficult for scientists to analyze the work of gut bacteria in a laboratory setting, because if you take them out of their quorum, natural habitat or “community” they don’t behave in the same way.

More than anything, this discovery has highlighted just how interdependent all the organs and systems of the body truly are. Which has lead healthcare models, like functional medicine, to become more popular in treating chronic illness.

What can our decentralized gut microbe communities teach us about the future of health and technology?

The word “decentralization” is hot within the contemporary vernacular now because of the meteoric rise of Bitcoin; each of which, at the time of writing, is valued at over $15,000. The world is starting to pay attention to decentralization in a way we really weren’t only one year ago.

Bitcoin is just the first truly useful example of “the blockchain”, which promises to be the next big revolution in technology. Blockchain technology holds significant advantages over our current centralized systems, many of which will be relevant to the future of healthcare delivery.

In May 2017, I attended my first blockchain conference called “Ethereal.” I had heard the Winklevoss twins talk about Bitcoin at the 2013 Northside Festival in Williamsburg, Brooklyn, and annoyingly not bought as many bitcoins as I clearly should have at that time!

One of the things that stuck with me from Ethereal, was the idea that Bitcoin should be viewed less like a currency and more like an equity, or stock. Unlike stocks where the price is based on predicted future flows of profit, the value of a cryptocurrency like Bitcoin or Ether, is generated by the frequency of its use within its ecosystem.

For all the reasons mentioned above, we at the Evolution of Medicine have been advocates of decentralization since the start. It is one of the ten core principles we laid out in 2015 at the start of the company. This also explains why we don’t try to control our worldwide network of practitioner Meetups, preferring to let what emerges emerge. We have seen much innovation from our communities without our intervention.

Emergence is actually a key word here, because when things are created from a grassroots peer-to-peer system, the form is dictated by the whole ecosystem — and not just the decisions of a leader.

What exactly does this mean for the future of medicine?

With a spider, who relies on a centralized system to survive, if you cut off its head the spider dies…even though it still has all its legs. It cannot live without its head.

However, if a starfish, who relies on a decentralized system, loses a fin, it can regrow that fin and continue to live and thrive.

We have all seen this play out in companies with centralized systems. Often when the head of that company checks out, the organization crumbles and/or has to be absorbed by another centralized system. It is not self-sustaining.

So drawing from this example of the starfish, and by extension blockchain technology, we think decentralization of healthcare systems is a likely disruption in the next decade.

One way the blockchain may be relevant is in health data. Despite that it’s “the norm”, it doesn’t make sense to me that all our health data currently resides in easily hacked centralized systems, leading to the regular breaches we see all across medicine and technology.

We also believe decentralized models of insurance are the wave of the future. Where groups of like-minded individuals decide how they will share their healthcare expenses — much like a quorum of gut microbes shares the task of conquering an invading pathogen.

This type of insurance revolution is already happening through faith-based health sharing ministries like Liberty Healthshare, who has reported a huge spike in new members since the defunding of ACA.

As I announced last June at “Journey to 100,” we are working on a new payer concept, one that would work on a similar model of community cost sharing, but agreement about which claims are paid would be based on the evolving consensus of the group.

In other words… quorum sensing.

Where is this all going?

It’s hard to say at this moment in time.

What we do know is our current state of healthcare is going through a rapid phase of emergence; where something is growing from the ground up, not the top down.

When you think of a top down structure, think of it as a centralized system — like that of the spider. Whereas when something grows from the ground up, like blockchain technology, it’s emerging as a creative system. You don’t see everything going on below the surface, nor what it will look like at the end…but you can see the potential.

No, we don’t know exactly what the future of healthcare technology and medicine will look like, but we believe in decentralization as the key to a successful and sustainable future. One in which patients are empowered and rewarded for taking back control of their own health and data.

Decentralization has been one of the guiding principles on which we’ve built the Evolution of Medicine and the fact there’s a natural precedent for this type of organization and communication in the microbiome, makes us even more confident that we’re on the right track.

James Maskell is CEO of Revive Primary Care, a new project dedicated to restoring the health of America. By combining proven, dedicated, holistic doctors and practitioners with a unique digital education platform, our intention is to inspire a revolution of empowered health advocates, like you!

To stay up to date with this exciting project, join our mailing list at Revive Primary Care, or connect with us on social media.