Bony Protrusions in Young Adults: Are Cellphones to Blame?

Views 548
Posted on:
Saturday, May 9th 2020 at 1:45 pm
Written By:
GreenMedInfo Research Group
This article is copyrighted by GreenMedInfo LLC, 2020
Visit our Re-post guidelines 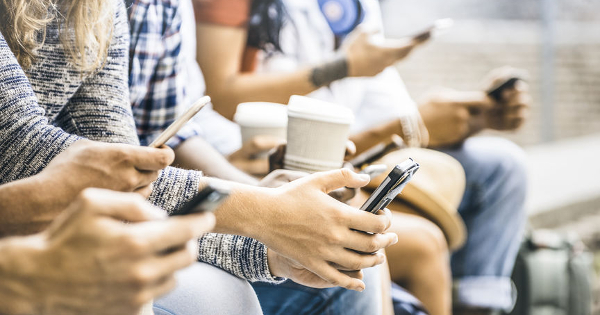 While cellphone use has raised concerns about health implications before, research suggests that cellphones may be causing prominent bony projections to grow in the back of young adult heads

Cellphones and their prominent usage, especially among younger adults and teens, has been a topic of concern among some in the medical community for years. Scientists at the University of Sunshine Coast in Queensland, Australia, discovered that external occipital protuberances (EOP) were found more often on the skulls of young adults than in older age groups.[i]

In the study, researchers postulated that both cellphone use and/or improper posture, possibly due to the use of screens, could be contributing to these surprising results.[ii]

Are Cellphones the Problem?

While researchers had expected a difference in the size of growths between the sexes, they were most surprised by the differences among age ranges.

In fact, the study concluded that age, sex and the degree of forward head protraction predicted the presence of the exostosis and found that the age group 18 to 30 years is most at risk of enlarged external occipital protuberances (EEOP), which are EOPs that have exceeded 10 millimeters (mm) in size.

While the original study specifically called out mobile devices and tablet computers as possible risk factors for the development of EEOPs, a later correction to the study took a less direct stance and called the original study "speculative," noting "we are unable to draw direct causal links between EEOP formation and other issues such as poor posture and/or the use of mobile phones and other hand-held modern technologies."[iii]

But the strange correlation in age and EEOP development still stumps researchers. Prior to the study, researchers believed such intense musculoskeletal degeneration would be more prevalent in older adults, whose age and declining bone density would suggest a higher prevalence of EOP formation and bone spur development as seen in previous studies.[iv],[v]

The question remains: does the use of cellphones, and the subsequent poor posture associated with device use, cause these mysterious benign growths that are more prevalent in younger adults?

Cellphones and Tablets Linked With Poor Posture and Musculoskeletal Problems

Poor posture has been associated with screen usage in previous studies, and given that young adults spend an average of 4.65 hours on their devices, these habits could be a contributing factor in the development of the EOPs, as well as cause a variety of other symptoms, such as pain in the right hand, neck, right shoulder, or at the base of the right thumb (assuming a user is right-handed).[vi],[vii]

Researchers believe they aren't misguided in their concern about the musculoskeletal health of the 18 to 30 population and have postulated a possible correlation with cellphone use, which is highest among this age cohort, although further research is needed.[viii]

Of course, cellphone use isn't the only activity that causes poor posture of the neck and upper spinal region. Other activities include biking, sitting at a desk or sleeping with pillows that cause poor neck posture can also be involved.

However, the study noted that these activities have been around for decades and haven't seemed to cause EOP growths in the past, whereas cellphones have only been prevalent for the last decade or so, and their effects on the musculoskeletal system are not fully known.[ix],[x]

Regardless of the impact cellphones may have on EOPs, it's clearly important to mitigate poor postural habits that can be of detriment to the musculoskeletal systems in 18- to 30-year-olds -- and really any age group. Researchers suggest the following lifestyle interventions for improving posture and optimizing musculoskeletal health, regardless of age:[xi],[xii],[xiii]

While it isn't yet clear why EEOP formation is so prevalent in younger populations, it's possible to take your health into your own hands by eating nutritious foods, maintaining appropriate movement levels throughout the day and supporting your body in its natural functions. It's also prudent to exercise caution when using cellphones and limit their use accordingly.