Aspartame in Your Food May Cause Brain Damage 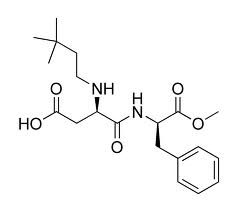 Known as NutraSweet or Equal, Aspartame, is an artificial sweetener, and is 180 times as sweet as sugar. Present in over 6000 products, Aspartame itself does not occur naturally. It was discovered in 1965 and approved by the FDA in 1981. Many researchers have linked a host of health problems, including brain diseases, migraines and neurological ailments to Aspartame

Due to potential adverse reactions, foods and beverages containing Aspartame are required, by law, to include a label statement indicating that the product contains phenylalanine. Phenylalanine can cause a rare disease, Phenylketonuria. Approximately one in 15,000 people get affected. These people have a hereditary lack of the enzyme necessary for normal metabolism of phenylalanine thus must avoid the ingestion of phenylalanine.

Aspartame is unstable if subjected to prolonged heating. In liquids, Aspartame decomposes during prolonged storage, reducing the shelf life of soft drinks. Furthermore, if left in the sun, in soft drinks for example, Aspartame could have additional unhealthy side effects.

Dr. Russell Blaylock, a retired board-certified neurosurgeon, states in his book "Excitotoxins: The Taste that Kills" that Aspartame is "...a poison that affects protein; affects how the synapses operate in the brain, and affects DNA."

Excitotoxins are basically amino acids, such as glutamate and aspartate. These amino acids cause particular brain cells to become excessively excited, to the point that they die. A study conducted in 2008 by scientists from the University of Pretoria and the University of Limpopo, South Africa, found that consuming quantities of Aspartame may inhibit the ability of enzymes in the brain to function normally, and may lead to neuro-degeneration.

Does that sound good to you?

Aspartame continues to be broadly used. People have become accustomed to the taste of the chemical sweeteners and rarely question the consequences. But, at least it is listed in the ingredients. It is our right to know the ingredients of the products we are consuming!

As one might expect so called 'progress' has introduced a new sweetener, Neotame. According to many researchers, as with Aspartame, it too includes neurotoxic properties. Neotame is 7000 to 13,000 times as sweet as table sugar, is subtler and possibly more toxic.

It is argued that the amount of phenylalanine in a Neotame sweetened product is so tiny that it is deemed insignificant and of no consequence for people who limit their phenylalanine intake. A controversy has emerged.

Should the manufacturer include Neotame as an ingredient? What if the product is organic?  How would we know if it is in the food, even if it is USDA Organic?  We probably would not. "The potential intake of phenylalanine that may result from use of Neotame as a general-purpose sweetener does not pose any safety concern." (Source: FDA comments in Federal Register / Vol. 67, No. 131 / 2002 /pp. 45300-10).

In the economics of food production, Neotame is extremely attractive because so little is required to 'mask' flavors, or sweeten foods. It is cheap. Today, Neotame is marketed as Sweetos, and distributed in India as well as 22 other countries. It is sold as being a "healthy" sweetener for Diabetics while helping to improve immunity.' (https://sweetossugarfree.com).

Neotame, was approved by the FDA in 2002 for the USA. Like Aspartame, Neotame contains the amino acids phenylalanine and aspartic acid. According to the National Library of Medicine in a study where groups received Neotame (0.5 mg/kg bw per day) headache was the most common complaint.