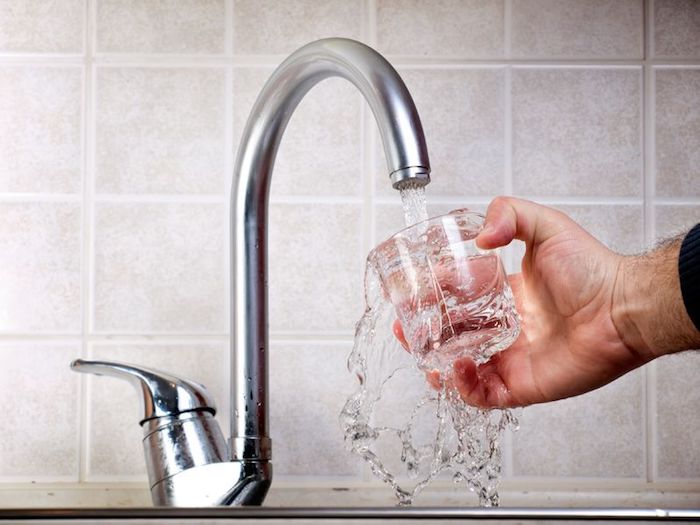 A recent study shows that drinking water in Iowa City, Iowa is contaminated with insecticides.  The implications of this disturbing discovery could be detrimental to public health.

A new study published in the journal Environmental Science and Technology Letters, titled ‘Occurrence of neonicotinoid insecticides in finished drinking water and fate during drinking water treatment’ [i] has reported disturbing findings. Although neonicotinoid insecticides are widespread in surface waters across the agriculturally intensive Midwestern United States, the investigation released from The University of Iowa is the first peer-reviewed study to alert the public of the presence of the chemicals in their tap water. The study states:

“We report for the first time the presence of three neonicotinoids in finished drinking water and demonstrate their general persistence during conventional water treatment.”

In 2016 following maize and soy planting, finished drinking water samples were collected from taps at The University of Iowa and at three locations in Iowa City, IA. The study shows that samples collected from The University of Iowa drinking water treatment plant suggest that clothianidin and imidacloprid persist throughout conventional water treatment processes, while thiamethoxam is partially removed. The study found clothianidin, imidacloprid, and thiamethoxam were ubiquitously present (i.e., 100%) in all samples (n = 16) collected from University of Iowa tap water, with concentrations ranging between 3.89 and 57.3 ng/L, between 1.22 and 39.5 ng/L, and between 0.24 and 4.15 ng/L, respectively.

In July 2016, the first systematic review of the literature on human health effects of neonicotinoids was conducted and later published in the journal Environmental Health Perspectives.[ii] The researchers concluded”

There is currently no national effort measuring to what extent neonicotinoids are making it into our bodies, be it through water or food. However, neonicotinoids have been no stranger to bad press over the recent years. After it was found that the insecticides may be responsible for the declining bee population, Monsanto purchased leading bee research firm Beelogics to stifle research. In 2016, Syngenta was outed by Dr. James Cresswell from The University of Exeter in England. Dr. Cresswell – an expert in flowers and bees – accepted research funding from Syngetna but was quickly pressured by the corporation when his findings pointed to their neonicotinoid insecticides having a role in the declining bee populations.

A spotlight on the dangers and pervasiveness of contamination from agrochemical toxins in the environment, food supply, vaccines, and our bodies has been catapulted to center stage in recent years. The continued discovery and reporting of willful deception from agrochemical corporations regarding the dangers of their products has hit breakaway speeds. In California, the Office of Environmental Health Hazard Assessment (OEHHA) has determined that the herbicide glyphosate will be added to the list of chemicals known to cause cancer. The OEHHA announcement comes as a flurry of lawsuits is hitting Monsanto – the manufacturer of glyphosate – for cancers caused by their flag-ship herbicide. One of those court cases recently uncovered documents strongly suggesting that Monsanto had ghostwritten research that was later attributed to academics. The documents also indicated that a senior official at the Environmental Protection Agency had worked to quash a review of glyphosate. According to other lawsuits detailed in a new report from the Environmental Working Group the chemical 1,2,3-trichloropropane –a  byproduct in Dow's Telone and Shell's D-D pesticides – contaminated the tap water supplies of 94 California utility districts serving 8 million people.

Do farmers have to use toxic agrochemicals to stay competitive? A March 2017 study published in the peer-reviewed journal Nature Plants titled ‘Reducing pesticide use while preserving crop productivity and proﬁtability on arable farms’ [iii] analyzed the pesticide use, productivity and profitability of almost 1,000 farms of all types across France and came to the conclusion:

“We failed to detect any conﬂict between low pesticide use and both high productivity and high proﬁtability in 77% of the farms.”

Independent labs have begun testing food products for the presence of glyphosate in the wake of an official refusal to do so by The U.S. Department of Agriculture. Given the widespread contamination of water and food, it is not radical to propose a moratorium on agrochemical use, as Maui tried in 2014, until further [independent] research on the impact the chemicals are having on the environment and humanity as a whole.