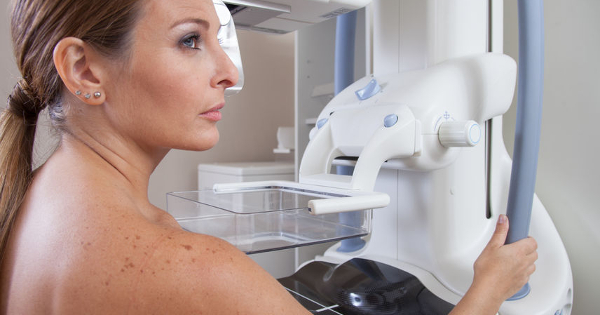 Do cancer specialists owe women a huge apology? Recent research strongly suggests that treatments that are routinely recommended to women with breast cancer have led to unnecessary mastectomies and unnecessary chemotherapy

The first study shows that advice that has become routine at many cancer centers may have led women to have both of their breasts removed unnecessarily.

This study included 2,733 women from the U.K. who were 40 or younger when they were first diagnosed with invasive breast cancer. Although only 5% of breast cancers are diagnosed in women under 40, a large percentage of deaths from breast cancer occur in this group. The researchers wanted to see if women with BRCA1 or BRCA2 gene mutations actually had worse overall survival than women who didn’t, as is commonly claimed. This study is the largest of its type to ask this question.

There was not only no difference for survival, but there was also no significant difference when comparing “distant disease-free survival.”

Shockingly, though “in many cancer centers” double mastectomy “has become an almost routine recommendation for BRCA1 an BRCA2 mutation carriers”, this study found that immediate removal of both breasts “was not associated with improved survival.”

This landmark study shows that, contrary to common oncological belief, testing for BRCA gene mutations has no beneficial predictive value. Women with these gene mutations have the same survival time and the same disease-free survival time as women without them. Most shockingly, this study also shows that the almost routine “management” strategy of having both breasts removed has caused many women to have unnecessary mastectomies.

The second study shows that advice that has become routine may have led many women to suffer through chemotherapy that was unnecessarily.

The study included 9,719 women who had hormone-receptor–positive, human epidermal growth factor receptor 2 (HER2)–negative, axillary node–negative breast cancer. This common type of breast cancer accounts for about half of all cases of breast cancer in the United States. Gene expression tests can provide information on the prognosis for this type of cancer for women. When the recurrence score is low, there is a low risk of recurrence, and chemotherapy is not usually recommended because it is not likely to provide a benefit. However, for most other women, in addition to endocrine drugs--like aromatase inhibitors and tamoxifen--that block hormones, chemotherapy has been routinely recommended.

69% of the women in this study had scores on the gene expression test that were in the midrange. While some of them were given the standard combination therapy of endocrine drugs and chemotherapy, some were spared the chemotherapy and received endocrine therapy alone. The question was, would adding the chemotherapy make any difference?

For most women, it didn’t.

When the researchers followed the women to see of there was a recurrence of invasive disease, a second primary tumour, or death, they found that the addition of chemotherapy provided no additional benefit. After nine years, the women who received endocrine therapy alone had an invasive disease-free survival rate of 83.3% while the endocrine plus chemotherapy treatment group had a rate of 84.3%. 94.5% of the women in the endocrine therapy group were free of recurrence of the cancer at a distant site compared to 95% of the women who also got chemo. When the researchers looked at recurrence at a distant or local site the numbers again showed a statistically insignificant difference: 92.2% versus 92.9%. Most importantly, adding chemotherapy made absolutely no difference to the women’s survival: 93.9% survived in the endocrine therapy only group versus 93.8% in the group that added chemo.

There was a possible benefit for recurrence in women under fifty, but, still, there was no benefit for survival.

Given that 17% of women have low recurrence scores on gene expression tests and 69% have midrange scores, that means that for 86% of women with this common type of breast cancer, chemotherapy may well be utterly unhelpful.

For more research on overdiagnosis, overtreatment, and natural alternatives for breast cancer, visit our extensive database on the topic: Breast Cancer Research.