Views 2039
Posted on:
Saturday, May 5th 2012 at 7:15 am
Written By:
Rady Ananda
This article is copyrighted by GreenMedInfo LLC, 2018
Visit our Re-post guidelines 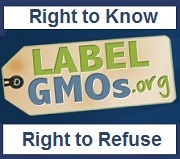 Stroller-pushing mothers delivered nearly a million signatures in Sacramento on Wednesday, for an initiative to put to populist vote The California Right to Know Genetically Engineered Food Act.

The ten-week signature drive collected nearly double the amount needed to put the R2K Act on the November 6, 2012 ballot.

The state will take between five and seven weeks to validate the signatures, and then certify the results. Of the 555,236 needed, thousands of volunteers collected 971,126, just shy of the hoped-for million.

"In ten weeks, nearly a million registered voters signed the ballot initiative," said Pamm Larry, who single-handedly started the drive on January 20, 2011. "Even biotech engineers gathered signatures for us."

Having founded LabelGMOs.org, Larry then coordinated with other pro-labeling civic groups across the state and nation.

If voters approve the measure this fall, beginning July 1, 2014, food makers will be required to label those products that contain genetically modified ingredients.

Significantly, the "natural" term can no longer be used if the product contains GMOs.

There are several exemptions, including GMO-fed and GMO-drugged animals, as well as any raw ag product that was unintentionally contaminated with GMOs. Suppliers and producers may be asked to provide a sworn statement that as far as they know, the food is GE-free.

According to the Act, anyone relying on those sworn statements is off the hook legally if the product turns out to have GMOs.

There is a requirement in the Act that grocery store bins or shelves must also be GE-labeled if any unlabeled raw agricultural GE products (like GE corn) are sold. But there’s no liability to the store owner if the supplier provides a sworn statement that the food is GE-free when it’s not.

Given the biotech industry’s penchant for hyperbole (relating to yield, cost and pesticide use), it’s no surprise to hear them declare the Act will cause food prices to spike.

But, as one of the organizers says, "They have 18 months after the election to change their labels, something that is frequently done in the food industry." Gary Hirshberg, chairman of Stonyfield which has been organic-certified for 20 years, added, "All they have to do is add some ink."

Several large organizations opposing the measure have organized behind Stop Costly Food Labeling (SCFL), including the Grocery Manufacturers Assn., the Council for Biotechnology Information, the CA Farm Bureau Federation, and, you guessed it, the Chamber of Commerce.

Another lie right out of their lying mouths is that the R2K Act will require, "prohibiting processed foods from being labeled as natural, even if they contain no GE ingredients."

No such language exists in the eight-page Act.

Not only that, but there’s still a whole lot of wiggle room for GE-contaminated foods. See pages 4-6 for the list of exemptions, like this one:

This means that food can have up to 5% genetically modified organisms by weight (and up to ten of the little buggers) and remain free of the GE label.  Looks like biotech scored big on that exemption; GE-free should be GE-free.

But, this exemption is temporary, explains Pamm Larry.  That exemption was "put in to give industry time to find nonGMO sourcing for microingredients as they are very difficult to find at present. They were put there to not put undue burden on the industry. That exemption expires in seven years. After that, those ingredients must be labeled also." 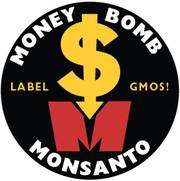 Both sides will engage in a media spectacle aimed at swaying voters, using TV and print to promote their positions. If their April 26 press release is any indication, the biotech sector of Big Ag and its supply chain plans to drive a wedge between small operators and consumers who want to know what’s in their food. "It’ll put you out of business!" screams the upcoming headline.

Grocery stores have nothing to fear, despite the SCFL’s spin that "right to know" means "right to sue." Whining they’ll have to follow what’s done in 40 other countries, adding a little ink to food labels in the biggest agriculture state in the US won’t put anyone out of business.

We’re gonna be inundated with a barrage of lies to the point we’ll stand in muted awe at the audacity. Kinda like the informed’s reaction when Condi Rice objected to her "integrity" being impugned after she promoted the wild WMDs lie.

But now is not the time for muted resistance. The media campaign to support California’s initiative must be funded, nationally, says Dr. Mercola, who runs the biggest natural, homeopathic website in the world.

He’s teamed up with several groups including Organic Consumers Assn. and Food Democracy Now! to launch a major fundraising campaign for the upcoming battle of words, explained OCA spokesperson, Katherine Paul, in an email to Food Freedom. "But all of the funds will be turned over to the CARighttoKnow campaign to use for media consultants, advertising, and legal help," she advised.

"Between May 1 and May 26, a broad coalition of food, farming, health groups, and organic food manufacturers, will attempt to raise one million dollars to defeat Monsanto propaganda and get the California Right to Know Genetically Engineered Food Act on the ballot for November 6, and passed into law. Money raised in this Million Dollar Money Bomb on Monsanto campaign will support the California Ballot Initiative and other state GE-labeling campaigns. If donations totaling $1 million is reached by May 26, a coalition of benefactors will MATCH it, bringing the Money Bomb to $2 million!"

According to the opposition, Mercola has already put up $800,000 of his own money. The busy man didn’t get back to me as to whether this is actually true, but it smells right that he’d want to back his own horse.

"We can’t leave California to battle the biotech giants on their own," he says. "They need your help! Donating funds to this campaign may be the best money you’ll spend all year to safeguard your health, and the health of your children."

This is all great news… and no one doubts California’s R2K GE Food Act will be on the ballot on November 6, 2012.

Which brings us to the ballot… cast on electronic voting systems that studies funded by Secretary of State Debra Bowen proved are not secure from hack. (See, e.g., here and here.)  Other studies by different states and universities and privately-hired tech firms agreed, but Bowen and her Sec-State peers across the nation all bought those expensive, hackable machines anyway.

Even so, since over 90% of US eaters want their food labeled, the vote result is a foregone conclusion. And, what’s done in the biggest Ag state in the union is sure to be followed in at least some of the 20-some states that allow an initiative process – a tool used by citizens to adopt laws and constitutional amendments without the support of the Governor or the Legislature.

Vermont, another state now undergoing an agricultural renaissance, does not have this freedom, so the GMO-food label bill passed by the legislature will not be enacted, as Governor Shumlin has advised he will veto it. We reported on this in the last half of this news video on Monday.

My youngest daughter’s face began to swell shut at breakfast one day – and I had no idea why. We were only eating waffles, scrambled eggs, and tubes of blue yogurt…so what was happening to her? Before my daughter had a violent allergic reaction that morning, I honestly hadn’t given a lot of thought to what I fed my kids. I mean, if it was on grocery store shelves, it was all the same, right? But since then, like so many moms, I learned that there are all kinds of new ingredients in our foods that weren’t in what we ate as kids. That’s why we need labels.

Just Label It is working on the FDA for a national directive requiring GMO-food labels, and sent their congrats to California. They’re still collecting petition signatures until May 13, and have produced this quick little video by Robert Kenner, director of Food, Inc.

But California may beat FDA to the punch, and its Right to Know Act will impact food labeling across the nation. This is the big one from which the biotech-feds’ House of Secrecy begins to crumble.  All those who support GMO-food labeling are going to have to drop a bomb of money on them to counter the war chest of the biotech industry.

Research: Roundup Diluted by 450-Fold is Still Toxic to DNA

Why GMO And Organic Can Not Co-Exist: Lateral Gene Transfer

Did Whole Foods Sell Out to Monsanto?

Rady Ananda is the creator of Food Freedom News. Her work has appeared in several online and print publications, including four books.  She holds a B.S. in Natural Resources from The Ohio State University’s School of Agriculture. She is LinkedIn and tweets her own work from @RadysRant; while tweeting other work from @geobear7.