Views 4144
Posted on:
Tuesday, February 5th 2013 at 5:00 am
Written By:
Anne Gordon, RN
This article is copyrighted by GreenMedInfo LLC, 2015
Visit our Re-post guidelines 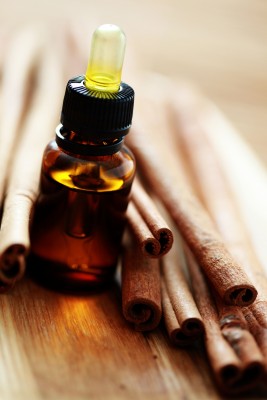 Prevention is the key to avoiding illness, especially this winter. You've heard it over and over. Get a flu shot. But this year there are some new emerging virulent microbes, causing intense sickness and fear. The new viruses or variations have no magic bullets offering escape. For instance, there are new influenza strains that were not included in this year's flu vaccine.

Of growing concern is the recently new morphed 'norovirus', which is spreading like lightening, and is extremely contagious. Hospitals are being overwhelmed with critically ill patients. Symptoms from this norovirus can be severe, leading to dehydration, and life threatening complications. The norovirus is being referred to as the 'winter' vomiting disease, or stomach flu, although it is not technically influenza, AKA flu. It is easier to catch the norovirus than influenza.

Unlike the influenza (flu) virus, that is spread by inhaling air droplets from coughing or sneezing, norovirus lives on surfaces for many weeks.  Imagine, everything your hand touches, can potentially carry norovirus, long after those it has infected are gone. Within hours, violent sickness can emerge.

What can you do? You already know about a good diet of green leafy vegetables, reduction of alcohol, smoking, plenty of sleep and exercise. Hand washing is still a top priority for reducing exposure. But, recently, there have been concerns over chemicals used in soaps, and sanitizers.

French researchers in 2008 showed that at concentrations of 10 percent or less, cinnamon oil (essential oil) was effective against Staphylococcus, E. coli and several antibiotic-resistant strains of bacteria.1 Essential oils are the life blood of plants, and very powerful.

The health benefits of cinnamon oil range from stimulating the digestive to preventing viral and bacterial growth. Cinnamon oil is derived from the bark and leaves of the cinnamon plant, known botanically as cinnamonum zevlanicum. The tree produces both cinnamon bark oil and cinnamon leaf oil. While each has distinctive benefits, cinnamon is known to be high in antioxidants and has potent antibacterial properties. It should be noted that both varieties of cinnamon oil are highly potent and can be quite toxic.

Cinnamon oil may cause irritation to the skin and mucous membranes, and should be used only in diluted form, most commonly in a diffuser and not consumed internally. Consult a qualified professional before using cinnamon oil.

Antibacterial soaps and sanitizers have had their host of problems from the chemical compound triclosan. Many people are making their own sanitizers.  A formula for making a homemade sanitizer combines cinnamon bark oil, lemon oil, eucalyptus, rosemary, mixed with olive oil. Putting this on after touching surfaces might also help ward off unexpected sickness, plus it smells good.