Can We Eat Ourselves Out of the Globalization Dilemma?

Views 3078
Posted on:
Thursday, July 19th 2012 at 6:45 am
Written By:
Tania Melkonian
This article is copyrighted by GreenMedInfo LLC, 2012
Visit our Re-post guidelines 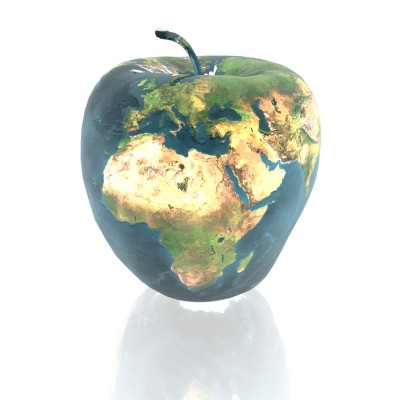 When Vancouver couple Alisa Smith and J.B. MacKinnon began their experiment - to eat only foods grown and produced within 100 miles of their home - they reported dubiety. This doubt was reflected in the first chapter of their book, The 100 Mile Diet (now among the locavore's principal reference manuals) when Smith asks MacKinnon, "Is this even possible?"1.

Is it even possible, indeed. Is it even worth it? What is the true value of eating locally? Why do we so instantly accept the bumper sticker worthy message. Is it about taste, social justice, or ecology?

James McWilliams articulates beautifully in Just Food that we are homesick for a time when our food supply was pure, unmitigated and pastoral. He also believes that this epoch never existed but in our nostalgic reminiscence. 'For 10,000 years humans have systematically manipulated nature to our advantage by making plants and animals do our bidding'2, he says. It would be impossible then, to return to this simple time just by undoing what agribusiness has done to our food production, proffers McWilliams, as this era never really was.

Without this template of the past upon which to navigate our food future, we are left with a mission that is decidedly contemporary. As such, it should be pursued with the objective of resolving contemporary issues. Eating locally: Is the true benefit to the individual living in the world now; to the current global community; or to the planet earth of today ...or to none of the above?

Having grown up in Istanbul, Turkey in the 40s and 50s, immigrants to the west tell stories of food superstitions that guided their local eating. "When we were kids, nobody ate grapes before the 5th of August" says Rose, one such immigrant. This is, of course, a superstition borne of (as they all are) the truth: that grapes did not ripen before the climatic conditions allowed. Typically, those conditions did not exist in that region until probably around the first week of August. Eating them before that time, would mean sour grapes - in the literal sense.

So, folklore turned a generality into a derivative absolute and the Covenant of the Grape was born. A generation later, improved transport and transnationalism allows grapes from a region where the climatic conditions do exist before August, to come to us. The Covenant perishes (just as those verboten grapes would have on August 4th according to grape lore). Septuagenarians from the 'old country' may scoff, but we are laughing all the way to the buffet as we enjoy our Thanksgiving day grape platter. The idea that eating certain foods should be flagged on the calendar, while charming, is unimaginable to us in the West today. What's more, eating seasonally has become suggestive of paucity and limitation.

Globalization has made the allure of eating tomatoes in the middle of a hailstorm, not only possible, but a glamorous sign of prosperity in the developed world. Do we forgo this privilege of contemporary life? If the objective is to deliver a superior product to the individual; and if that superior product is available to us from somewhere else, then procuring of local food does nothing to benefit the individual's delight, particularly if that individual is from a place where the growing season - and therefore the period of availability of any local produce- lasts about as long as a mosquito in a thunderstorm.

What about purported benefits to individual's health? Research is beginning to uncover the health benefits of resistant starch which is more prevalent in unripe fruits. Resistant starch is not digested to glucose and in fact remains in the intestine aiding in the creation of anti-cancerous fatty acids​3.

It's official: unripe peaches trucked from 2000 miles away to a distribution centre where they will finish (perhaps, perhaps not) getting ready for our palates have more resistant starch and are therefore healthier than local peaches that are available for one afternoon in mid-July. Yes, it's a stretch. Besides, consider that in a previous article 'Eat Food You Love, Not Too Much of It By Yourself...' I suggest that healthy eating is about more than the nutritional reductionism that we most often apply when talking about our food.4

I am really just inviting us to be open to the possibility of including the currently absent nuance in our discussions of food. Sometimes, it is difficult to be impassioned without becoming radical. I believe intuition and exploration must run parallel in order to arrive at justice. With this suggested spirit of balance, we move forward. What of the supposed benefits of eating local to the larger community? Collectivists would have us believe that farmers will rejoice with your support.

Yes, the survival of local family farms (particularly in the US where the number of family farms has been decreasing at least steadily, at most dramatically since 1940)5 would be dependent largely on the local dollar. But if we measure the value of eating locally to the global community, we should ask ourselves: what would happen to the Chilean farmer if the demand for the fruit he normally exports to us in December dries up? It is important to consider - marbled in the argument - the shades of grey. Or the shades of grapes.

The most vast of all the proposed beneficiaries of a local eating scheme is Mother Earth. Is she really a winner when we choose local? The conversion of wilderness to arable land is in and of itself an attack on the earth. So, accordingly any kind of cultivation does harm. But we have become accustomed to and could quite literally not survive without products we get through agricultural processes.

Adjust for this and you are left with a mathematical dilemma: which of the following drains more of the earth's resources. is it more taxing to truck refrigerated container of tomatoes from their farm of origin in the south to a supermarket distribution center in the north or to drive to the farmer's market to buy a basket of hydroponically grown tomatoes that have in turn been driven in a small gas-guzzling van to six other farmers' markets in the region?

You know what's coming: the latter uses more than twice the energy of the former.6 According to the above calculations all three missions of saving the earth, saving the global community and saving the individual from the malevolence of agriculture would fail if the singular method employed were 'Eating Local'

Another story from the Anatolian past is 'The Watermelon Fable'. Residents of sea-side towns would not eat watermelon until they spied a piece of its rind in the ocean. Apparently, vendors would cut open watermelons to display to show their ripeness to potential customers. Then, at the end of the business day, they would tear down their carts disposing of everything in the most convenient places. That's how everyone knew the watermelons were ready. Besides shedding an unsavory light on the public's propensity for littering in that time, it suggests a poignant metaphor.

We should perhaps be guided by what is organic (and I don't mean pesticide-free). The healthiest, tastiest, most ethically sound foods will literally appear to us - like foam (or peel) grazing the ocean. If it's too difficult to get - either because it is far away or its source contentious - maybe we are not meant to have it.

I say all this from the vantage point of someone who is essentially a locavore. It seems intuitive to me to eat what is available and close by. The alternatives strike me as contrived and entitled. As a seeker of truth, however, what resonates with me as important is to be not a foe of controversy. The objective is to keep questioning and to subscribe to no dogma without a full exploration; to find the balanced, moderate, dull truth that probably resides in the middle, somewhere between those starchy peaches from afar and that watermelon rind rebelliously riding atop the crest of a wave.

In this series, I offer recipes that you can name yourself. Amend them to suit your dietary predilections and enjoy. I do urge you to preserve the essence of the recipe, however, and promise that doing so will augment the deliciousness....a lot.

You should try this when grapes are in season which - if you're lucky and in the Northern hemisphere - is now.

Cut a bunch of green grapes in half lengthwise. Warm a bit of oil of your choice or butter in a pan. When oil is warm, drop grape halves in cut side down and cook for 3 minutes until they are soft and maybe browned a little. Remove from heat. Pull the leaves off about four tarragon branches and chop the leaves coarsely. Toast cashews or almonds or macadamia nuts (none of which are likely to be local unless you are from Delhi, Honolulu or Monterey) and chop coarsely. Boil a package of soba noodles according to package directions then drain. Add the cooked noodles into the pan with the grapes and add chopped tarragon. Add nuts, salt, pepper and a little worcestershire sauce (add soy sauce if you're a vegetarian) Toss.