Cannabis Cuts OCD Symptoms in Half 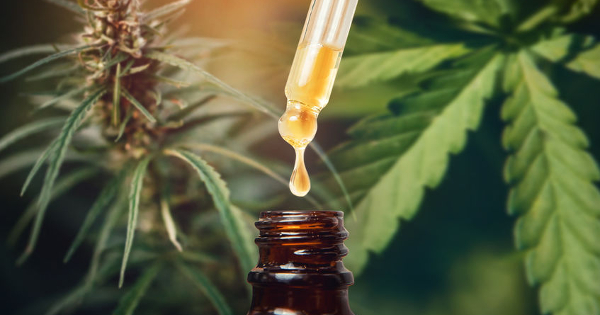 In research from Washington State University, cannabis led to reductions in compulsions by 60% and anxiety by 52%, with higher doses and greater CBD concentrations associated with greater benefits for obsessive-compulsive disorder

Cannabis, also known as medical marijuana, has been established as a safe and effective pain remedy, especially for patients suffering the painful consequences of cancer, multiple sclerosis, Parkinson's disease and other disorders. A study published in the European Journal of Internal Medicine found that it can significantly slash chronic pain without serious adverse effects in adults over 65 years.[i]

Additional research, however, has revealed the potential benefits of cannabis for uses other than pain management. One study, published in October 2020, yielded encouraging results as people with obsessive-compulsive disorder (OCD) reported a reduced severity of their symptoms by about half within four hours of smoking cannabis.[ii]

A team from Washington State University (WSU) examined whether OCD symptoms were significantly reduced after inhaling cannabis, noting that no previous research has examined cannabis' acute effects on those symptoms in humans. They sought to examine predictors of the symptom changes as well as the potential long-term effects of repeatedly using cannabis to self-medicate for OCD.[iii]

The researchers looked at data entered into the Strainprint app, which helps medical cannabis users track symptom changes, by subjects who self-identified as having OCD, mostly characterized by intrusive and persistent thoughts as well as repetitive behaviors. These behaviors include compulsively checking if a door is locked. Their data included 1,810 cannabis use sessions logged by 87 individuals into the app over 31 months.

After inhaling cannabis, subjects with OCD reported that it decreased their compulsions by 60%, their anxiety by 52%, and their unwanted thoughts or intrusions by 49%. Higher doses as well as cannabis with greater concentrations of cannabidiol (CBD) were linked to bigger reductions in compulsions.

The reductions in intrusions became slightly smaller with continued cannabis use, suggesting users may build atolerance over time. However, the relationship between cannabis and reductions in compulsions and anxiety stayed fairly constant.

The results suggest that cannabis may have short-term benefits for the symptoms of OCD while adding to the safety of the substance. "To me, the CBD findings are really promising because it is not intoxicating. This is an area of research that would really benefit from clinical trials looking at changes in compulsions, intrusions and anxiety with pure CBD," said Carrie Cuttler, study author and WSU assistant professor of psychology, in a news release.[iv]

Obsessive-compulsive disorder is conventionally treated through exposure and response prevention therapy, which directly challenges irrational thoughts around people's behaviors, along with antidepressants.

There are at least two herbs that have gone head-to-head with antidepressants, however. In a 10-week double-blind study, saffron emerged as a natural antidepressant -- 30 milligrams (mg) a day of saffron helped push OCD scores down slightly more than 100 mg a day of the antidepressant fluvoxamine in patients with mild to moderate OCD.[v]

In another double-blind study, 200 mg of milk thistle extract three times a day for eight weeks dropped OCD score on the Yale-Brown Scale by 11 points.[vi] This was comparable with the 12.5-point drop that occurred among those taking 10 mg of Prozac.

Yoga, a 5,000-year-old practice, has also been found efficacious in improving obsessive-compulsive behavior. A study specifically used a kundalini yoga meditation protocol and found it led to score reductions in different OCD tests such as the Yale-Brown Scale, Perceived Stress Scale and Purpose in Life test.[vii] For more information, browse through the dozens of research studies on natural solutions for OCD.