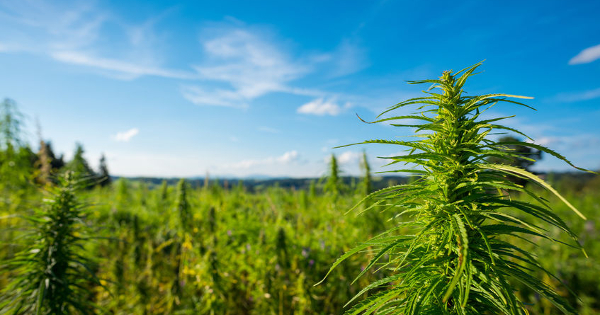 Do you suffer from frequent or intense migraines? A new study on medical marijuana use shows that inhaling cannabis may be a safe way to get fewer and less painful headaches

Cannabis has a long and storied history as a medicinal plant. Its usefulness to humans and animals has been demonstrated through numerous clinical trials in recent years, as science seeks to fill gaps in knowledge due to ongoing criminalization of cannabis at the federal level, a prohibition that dates back to 1937.[i]

As more and more states pass laws allowing cannabis to be prescribed as medicine, this dearth of established science can leave doctors and patients guessing as to how, and what, cannabis effectively medicates.

A group of researchers in Haifa, Israel sought to add to the scientific knowledge base on cannabis as a potential treatment for migraine sufferers. Their findings contribute more evidence to the literature supporting the use of cannabis as a safe pain management alternative, and as a means of supporting a healthy brain.

Can Long-Term Cannabis Use Add Up to Fewer Headaches?

Researchers at the Israel Institute of Technology and the Institute of Pain Medicine in Haifa joined forces to study the effects of extended periods of cannabis use on the frequency of migraine headaches.

In the cooperative study published in the journal Brain Sciences,[ii] a total of 145 patients were assembled into a cohort consisting of 97 females and 48 males with a median history of inhaled medical cannabis use for three years.

The observational study analyzed the cohort via self-reported questionnaires and information derived from medical cannabis treatment features. Questionnaires were designed to investigate the associations between phytocannabinoid treatment and migraine frequency.

Phytocannabinoids are the active constituents within the plant that interact with your endogenous or "endocannabinoid" system, cannabinoid receptor sites that exist within both human and animal bodies.[iii] It was research on cannabis that led scientists to discover the endocannabinoid system,[iv] demonstrating one example of the synergistic relationship that exists between useful plants and the people and animals who consume them.

After the primary analysis, patients were retrospectively classified as "responders" or "non-responders," with responders reporting a 50% or greater decrease in frequency of monthly migraine attacks following initiation of medical cannabis treatment. Non-responders were individuals who reported less than 50% decrease in monthly migraine frequency. A secondary analysis of comparative statistics evaluated further differences between these two subgroups.

Cannabinoids May Be Key to Effective Migraine Treatment

Results of this study showed that responders represented the majority of patients, with 61% reporting a 50% or greater reduction in frequency of migraine attacks. Responders further reported a lower level of disability from migraines and less negative impact, overall.

Using cannabis to medicate had the added effect of lowering rates of opioids and triptan consumption in response to migraines. Opioids are among the most addictive of all drug classes,[v] responsible for more than 67,000 deaths from overdose in 2018.[vi] Triptans are serotonin receptor agonists frequently prescribed for migraines, however, triptan drugs may not be indicated for older adults and those at risk for heart attack and stroke.[vii]

Cannabis's low toxicity and high safety profile,[viii] especially when compared to opioids and other drugs,[ix] demonstrates the power of Mother Nature to produce beneficial results that rival those produced by medications formulated in pharmaceutical labs.

The research team concluded that medical cannabis resulted in long-term reduction of migraine frequency in more than 60% of treated patients and is associated with less disability and lower anti-migraine medication intake.

Further analysis of subgroup data demonstrated that specific cannabinoids may play a role in the efficacy of treatment and urged further testing to gain sharper insights on cannabinoid composition in treatment models for migraine patients.

Legalization of cannabis has moved beyond the tipping point in the U.S., with 33 states administering medical marijuana to licensed patients, and 14 states and territories allowing adult-use cannabis.[xii]

Despite decades-long suppression of cannabis research and the U.S. government's ongoing refusal to reclassify cannabis from a Schedule I substance, a category reserved for drugs with "no currently accepted medical use,"[xiii] pioneering researchers, mostly on non-U.S. soil, continue to accrue data demonstrating a wide range of therapeutic applications for this powerful plant.

Migraine can be a qualifying condition in some states, however documented medical evidence of chronic debilitation is generally required. Check with your state's public health department to learn about the laws regarding medical cannabis in your state.

Proponents of plant-based medicine see many opportunities for cannabis-medicine, including as a safer alternative to opioids in the treatment of chronic pain. To learn more about the healing power of cannabis, explore more than 600 scientific abstracts on cannabinoid research on GreenMedInfo.com's natural health database. 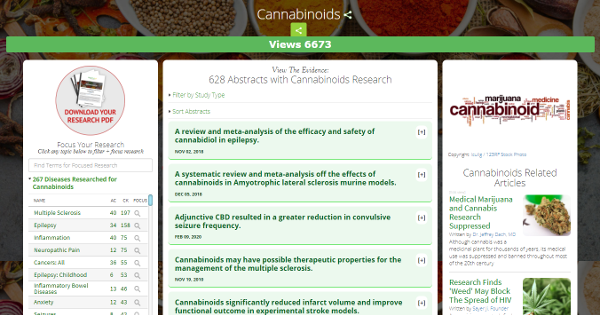 [xiv] National Academies of Sciences, Engineering, and Medicine; Health and Medicine Division; Board on Population Health and Public Health Practice; Committee on the Health Effects of Marijuana: An Evidence Review and Research Agenda. The Health Effects of Cannabis and Cannabinoids: The Current State of Evidence and Recommendations for Research. Washington (DC): National Academies Press (US); 2017 Jan 12. 4, Therapeutic Effects of Cannabis and Cannabinoids. https://www.ncbi.nlm.nih.gov/books/NBK425767/