Views 859
Posted on:
Wednesday, October 19th 2016 at 9:00 am
Written By:
Robert F. Kennedy, Jr.
This article is copyrighted by GreenMedInfo LLC, 2016
Visit our Re-post guidelines 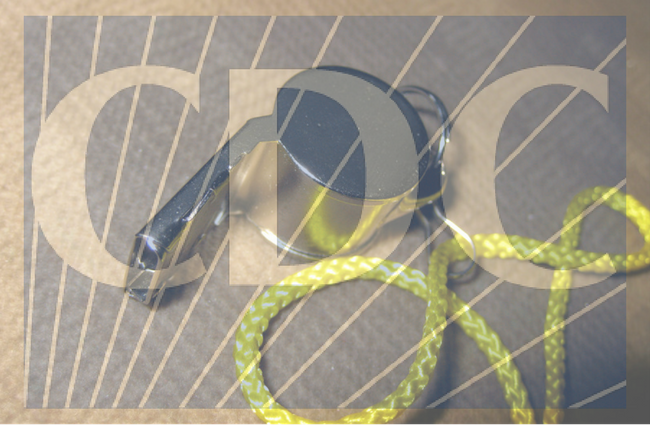 The Director of the CDC, Thomas Frieden, has sent a letter blocking CDC whistleblower, Dr. William Thompson, from testifying in a Tennessee court case involving a 16 year old boy who claims his autism is caused by vaccine injuries.

WASHINGTON, Oct. 19, 2016 /PRNewswire/ -- The Director of the CDC, Thomas Frieden, has sent a letter blocking CDC whistleblower, Dr. William Thompson, from testifying in a Tennessee court case involving a 16 year old boy who claims his autism is caused by vaccine injuries.

The boy's attorneys, Bryan Smith and Robert F. Kennedy, Jr., both of Morgan & Morgan, sought to have Dr. Thompson testify to explain his charges that the CDC committed data manipulation in a series of studies that found no link between vaccines and autism. Dr. Thompson has publically stated to Congressman William Posey and others that he and his colleagues in the CDC Vaccine Safety Branch were ordered to commit scientific fraud, destroy evidence and manipulate data to conceal the link between autism and vaccines.

William Acree, Tennessee State Circuit Judge, had ordered the trial extended so that Thompson could be subpoenaed to testify. In a recent letter to the court, Dr. Frieden denied the request to allow Dr. Thompson to testify stating that "Dr. William Thompson's deposition testimony would not substantially promote the objectives of CDC or HHS."

Kennedy strongly disagrees. Dr. Thompson co-authored four key CDC studies widely touted to exonerate the MMR and vaccines containing the mercury-based preservative, thimerosal, from causing autism.  Thompson is a 19 year veteran at the CDC and formerly a senior vaccine safety scientist at their Immunology Safety Office.  In August 2014, under Federal whistleblower protection, Dr. Thompson revealed that despite CDC's claims to the contrary, the vaccine safety studies in question demonstrated a causal link between vaccines and autism symptoms.

According to Robert F. Kennedy, Jr., Dr. Thompson's testimony is critical: "This boy, and thousands of others, lost their cases in the National Vaccine Injury Compensation Program because the CDC and Justice Department submitted fraudulent science wrongly denying the vaccine-autism link."  Smith explained that "Frieden's denial was a disappointment but not a surprise, since the inescapable implication of Dr. Thompson's allegation is that the agency altered the science to undermine autism cases worth potentially $1 trillion in compensation ordered by Congress."  The attorneys promised to immediately appeal the CDC's denial to Federal court.

To view the original version on PR Newswire, visit:https://www.prnewswire.com/news-releases/cdc-blocks-testimony-of-vaccine-whistleblower-says-world-mercury-project-300347376.html