Views 11239
Posted on:
Wednesday, May 4th 2016 at 6:30 pm
Written By:
GMI Reporter
This article is copyrighted by GreenMedInfo LLC, 2016
Visit our Re-post guidelines 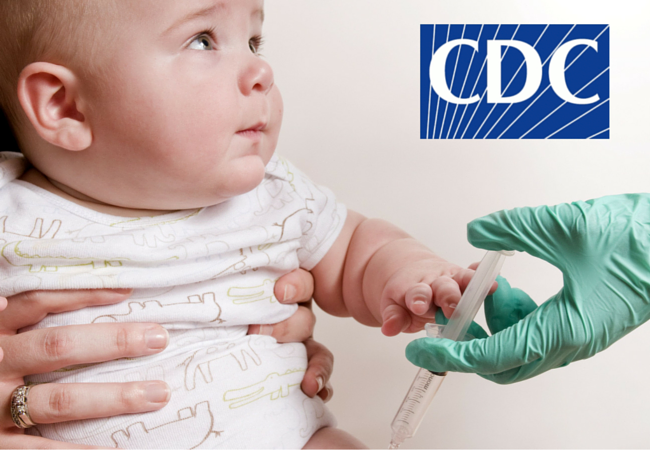 A new report alleges that when the CDC insists the MMR vaccine does not cause autism or they have no research demonstrating that vaccines are linked to or cause autism, they are guilty of criminal behavior and complicit in the injury of innocent children the world over.

Washington, DC—May 3, 2016-- According to multiple reliable sources, CDC whistleblower Dr. William Thompson, a senior scientist at the US Centers for Disease Control and Prevention (CDC), will soon publish a reworking of data from a controversial study first published in 2004. If true, this is of major concern. For over a decade, officials have cited this disputable study to claim no connection between the Measles, Mumps, Rubella (MMR) vaccine and autism and to deny compensation to parents of MMR vaccine-injured children.

Dr. Thompson has admitted in taped phone conversations and in a statement through his lawyer, that he and other authors of the study, which include senior officials at CDC, manipulated the data and violated study protocol to conceal their findings linking the MMR vaccine to autism.  In what can only be described as scientific fraud, Dr. Thompson is now poised to publish “a rework” of the data in a blatant attempt to exonerate the MMR vaccine.

This rework comes on the heels of the just-released documentary Vaxxed: From Cover-Up to Catastrophe, which exposes the CDC’s fraud, deceit, and obstruction of justice regarding the MMR vaccine. Vaxxed has received global media attention and is waking up Americans coast to coast to the criminal activity at the CDC. It is suspicious that Thompson and the CDC have now decided, 20 months since Thompson first blew the whistle of fraud and malfeasance at CDC, to take action by publishing a rework of the data.

While the CDC claims no knowledge of a connection between MMR and autism, Dr. Thompson’s own statement to Congressman Bill Posey (R-FL) when he released thousands of documents to Posey is explicit,

“We hypothesized that if we found statistically significant effects at either the 18-month or 36-month threshold, we would conclude that vaccinating children early with the MMR vaccine could lead to autism-like characteristics or features.”

In fact, the CDC’s data did show statistically significant effects at the 36-month threshold, proof that the CDC knew their study found a causal connection between the MMR vaccine and autism.  CDC responded to this finding by manipulating the data to make this finding disappear.

The agency and Dr. Thompson are engaging in “data raking,” utilizing scientific data designed for one purpose to achieve another end. These steps demonstrate a complete lack of scientific integrity at CDC, a federal agency charged with protecting the public health.

According to Congressman Posey, after concealing the MMR vaccine-autism link in their study, the authors met in a conference room at CDC to destroy the documents.

The data and analysis from 2004 are corrupted and therefore it is not a wise or responsible use of taxpayer-funded time or taxpayer dollars to reanalyze that which has already been illegally manipulated. In addition, as a self-proclaimed party to scientific fraud, Dr. Thompson cannot be trusted with any data or analysis, especially while in the employ of the CDC.

Statement of Concern by the Undersigned

All these actions serve as further evidence that the CDC cannot be trusted. When the CDC insists the MMR vaccine does not cause autism or they have no research demonstrating that vaccines are linked to or cause autism, they are guilty of criminal behavior and complicit in the injury of innocent children the world over.

It is clear the CDC cannot be trusted and has committed overt scientific fraud. We, the undersigned, call on the US Congress and the Department of Justice to hold CDC officials and study authors Dr. Frank DeStefano, Dr. Coleen Boyle, Dr. William Thompson, Dr. Tanya Karapurkar Bhasin, and Dr. Marshalyn Yeargin-Allsopp accountable for their criminal actions.

We also call on Congress to remove any oversight of vaccines from the Department of Health and Human Services. We call on Congress to immediately repeal the National Childhood Vaccine Injury Act, which gives immunity to vaccine manufacturers thus removing the necessary incentive to ensure the safety of vaccines.  Finally and most importantly, we call on state legislatures to immediately repeal all vaccine mandates nationwide as it is each person’s inalienable right to determine what is put into their body or that of their child’s.

Producers of The Greater Good

The Weston A. Price Foundation is a Washington, DC-based nutrition education 501(c)(3) with the mission of disseminating science-based information on diet and health. WAPF publishes a quarterly journal for its 14,000 members, supports 600 local chapters worldwide and hosts a yearly international conference. Contact at (202) 363-4394, westonaprice.org, info@westonaprice.org.