Cell Phone Radiation is Unlikely to Cause Cancer: Fact or Fiction?

Views 18721
Posted on:
Friday, February 16th 2018 at 10:15 am
Written By:
Lloyd Burrell
This article is copyrighted by GreenMedInfo LLC, 2018
Visit our Re-post guidelines 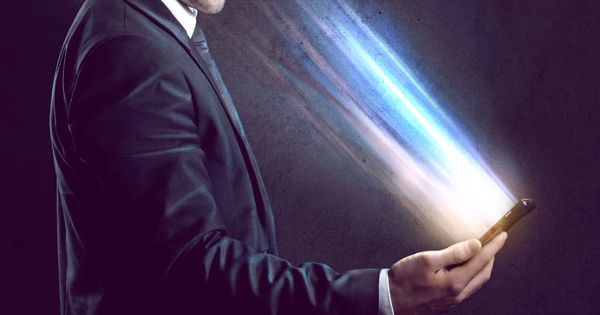 According to the World Bank about three quarters of people on the planet now use a cell phone. So they must be safe, right? Wrong

Most people have some notion that cell phones communicate with one another and with cell phone towers by emitting and receiving radiation; radio frequency radiation to be more precise.

What is less clear is just how dangerous this radiation is. More to the point, can it cause cancer?

Medpagetoday recently published this headline, Cell Phone Radiation Unlikely to Cause Cancer. Wow so after after decades of debate and millions if not billions spent on research, the truth has finally been uncovered?

What prompted Medpagetoday to publish their article was publication of final data from the U.S National Toxicology Program (NTP) study a few days previously. The NTP study was carried out to evaluate the potential health risks of cell phone radiation. This study is quite a big deal because, at a cost of over $25 million, it’s the largest ever federal animal study to investigate the health hazards of cell phone or radio frequency (RF) radiation.

But here’s the thing. In May 2016 a report of partial findings [1] of the NTP study was published reporting incidences of Malignant Gliomas (Brain Cancer) in the brain and Schwannomas (also known as Neuromas) in the heart of male rats exposed to RF Radiation. The report lucidly revealed the carcinogenic impacts of RF radiation from cell phones on human health.

In their May 2016 summary, the NTP stated that

…the tumors in the brain and heart observed…in this study are of a type similar to tumors observed in some epidemiology studies of cell phone use. These findings appear to support the International Agency for Research on Cancer (IARC) conclusions regarding the possible carcinogenic potential of RFR.

Bold statements. Not cut and dried, but it certainly told us the direction in which they were heading, or so we thought.

Fast forward to February 2018. The NTP held a press conference [2]on their newly published data [3] on the biological effects of radiofrequency radiation from cell phones. Here’s what they said:

The typical cell phone call has radiofrequency radiation emissions that are very, very, very much lower than what we studied. [Yes, he did say 'very' three times as if he really wanted to emphasize a point, he could have just said 'significantly' - perhaps he thought that would confuse people]

We studied the maximum that one could achieve during a call in a poorer-connection situation and we studied it over 9 hours a day for over 2 years. This is a situation, obviously, that people are not going to be encountering in utilizing cell phones.

I think the message is that typical cell phone use is not going to be directly related to the kind of exposure we used in these studies.

Did they actually come out and say ‘cell phone radiation does not cause cancer’? Nope. But there was a very clear change of direction.

Why is the NTP now equivocal as regards its findings on cell phone radiation-induced cancer at the press conference despite the fact that two years ago this same research provided scientific evidence to back the claim which prompted a worldwide public health warning.

Some of the pathology numbers have been modified since the initial report of partial findings was published in 2016 even before the NTP teleconference. Though, the changes were minor they however came with a very different interpretation.

Yep, it’s not so much about the data it’s about how that data has been presented and interpreted.

The same day the NTP data came out, the Environmental Working Group published an article covering the release of the data with this headline, Federal Research Raises Flags about Cancer Risks from Cellphone Radiation.

They were reporting on exactly the same NTP study results as Medpagetoday but gave it a completely different interpretation.

The fact is these latest results, as well as the imbalanced NTP’s position, are more likely to inflame than resolve the long-running dispute about the world most ubiquitous electronic telecommunication device. What does other research to date say?

In fact, the decision of the IARC of WHO to classify RF Radiation from mobile phones as a Class 2B (possible) carcinogen was largely based on the increased risk for cancer due to cell phone usage shown by the first two of the three aforementioned very prominent studies.

In September 2017 scientists from the NTP presented data on the genotoxicity of cell phone radiation in rats and mice. They revealed a significantly increased rate of DNA damage in; the frontal cortex of male mice, Peripheral Leukocytes of female mice and Hippocampus of male rats.

The researchers concluded that

We know DNA damage is prominently implicated in the development of cancer.

Also, let’s not forget, its not all about cancer. The adverse health effects of cell phone radiation are not limited to causing cancer; cell Phone radiation has been implicated with many other diseases including: Infertility [7], Cardiovascular Diseases [8], Birth defects [9], Memory Problems [10], Sleep Disorders [10], Stress [11,12].

Don’t be duped RF Radiation from cell phones can cause cancer. This is not fiction nor is it a drill; the health hazards of RF radiation are real. You need to take steps to protect you and your family from cell phone radiation and similar electromagnetic field exposures.

For additional research on dangers of mobile phone usage visit the GreenMedInfo database on the subject. 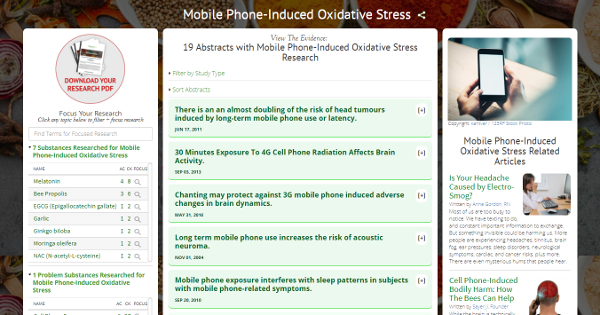 Since falling prey to a violent reaction to his cell phone in 2002 Lloyd Burrell has spent the last 10 years researching the effects of electromagnetic fields (EMFs) on health.

He is also the author of an eBook entitled "How To Beat Electrical Sensitivity", which offers a solution to the growing number of people whose health is being compromised by exposure to wireless and similar technologies, also available through his website.