CHD Responds to Accusation of Spreading "Misinformation" on Facebook 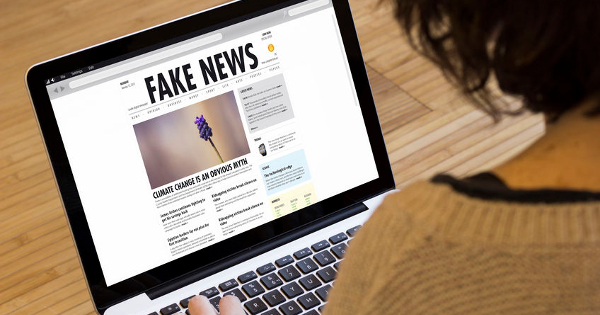 Children's Health Defense has been accused of spreading vaccine "misinformation", but it's the government and major media who are deceiving the public

In November 2019, the Washington Post and other major news media accused Children's Health Defense (CHD) of using Facebook advertisements to spread "misinformation" about vaccines. The basis for these accusations, which have since continued, is a study published in the prestigious medical journal Vaccine that named CHD as a top buyer of vaccine-related Facebook ads. What the media failed to inform the public, however, is that the government-funded authors of this study failed to identify even a single example of a Facebook ad from CHD that contained any misinformation.

CHD has now published a detailed response to this baseless accusation showing that the real story here is how inconveniently truthful information about vaccines is being censored and how our right to informed consent is under assault.

The authors of the study did not trouble themselves to determine the truthfulness of vaccine-related Facebook advertisements. Instead, they simply categorized any ads that did not conform with the public policy goal of sustaining or increasing vaccination rates as "anti-vaccine". Under their adopted criteria, even the simple act of advocating the right to informed consent constituted "anti-vaccine" behavior.

Then the authors lazily and dogmatically equated anything "anti-vaccine" with "misinformation", which label they used euphemistically to mean any information, no matter how factual and well-grounded in science, that might cause people to question the wisdom of strictly complying with the vaccine recommendations of the Centers for Disease Control and Prevention (CDC).

By this means, the study authors ludicrously equated advocacy of the right to informed consent with the propagation of "misinformation" about vaccines.

Ironically, while failing to provide any evidence to support their accusation against Children's Health Defense, the study authors presented an example of an ad categorized as "pro-vaccine" that did misinform Facebook users. That ad promoted the human papillomavirus (HPV) vaccine as proven to prevent cancer even though--as the authors of a study published in January 2020 in the Journal of the Royal Society of Medicine pointed out--none of the clinical trials used by the manufacturers to obtain licensure were designed to determine the vaccine's effectiveness against cervical cancer, and whether the vaccine prevents cancer remains unknown.

The authors of the Vaccine study, however, failed to identify that ad as having misled Facebook users--which is unsurprising since their effective definition of "misinformation" precluded them from doing so.

They also declared no conflicts of interest despite their study having been funded by the National Institutes of Health (NIH), which itself develops vaccine technology and licenses it for use by pharmaceutical corporations. For example, the NIH patented technology that was sold under a co-exclusive license to Merck and GlaxoSmithKline (GSK) for use in the development of their respective HPV vaccines.

While media reports about the Vaccine study characterized any discussion of corruption within the government and medical establishment as "conspiracy theory", in fact, even the US Congress has acknowledged this problem within agencies like the CDC and Food and Drug Administration (FDA), and the existence of pervasive corruption and conflicts of interest within the scientific community and the medical establishment is recognized in the medical literature as an uncontroversial fact.

Even more preposterously, media reports characterized so-called "anti-vaccine" groups as part of an "industry" that has "more resources" than public vaccine policy proponents. While one of the study's authors acknowledged in an interview that these groups reached relatively large Facebook audiences in terms of just "a few thousand dollars" in ad spend, their own data showed that "pro-vaccine" ad buyers both bought more ads and collectively had higher budgets. A top "pro-vaccine" buyer, for example, appeared to have been the CDC, which ran "HPV Vaccine is Cancer Prevention" ads with budgets of up to $50,000.

Children's Health Defense, in its efforts to combat government and media misinformation about vaccines and the erosion of our fundamental human rights, is standing up against the trillion-dollar global pharmaceutical industry, including a global vaccine market that's estimated in the tens of billions of dollars.

In 2016, Big Pharma is estimated to have spent nearly $30 billion in marketing in the US, primarily targeting medical professionals, including through ads in peer-reviewed journals and direct-to-physician payments. Approximately $6 billion was spent on direct-to-consumer advertising, with pharmaceutical ads representing an estimated 8 percent of total ad revenue for major news networks like CBS, ABC, NBC, and CNN.

Additionally, the industry has been shifting its focus from television and print ads to online ads. Top beneficiaries of this shift include WebMD and Medscape, which Google often features in its "answer box" for health-related search queries. Facebook, too, has been competing for pharma ad dollars, by rolling out a new feature enabling pharmaceutical companies to promote their products with Facebook ads while remaining in compliance with regulations that require the disclosure of important safety information, which is accomplished by having the safety information appear in a scrolling section featured below the ad.

And, of course, with Big Pharma spending tens of millions of dollars lobbying Congress each year, it's little wonder that we've seen efforts to censor information and eliminate choice. For example, Congressman Adam Schiff last year sent letters to the CEOs of Facebook, Google, and Amazon calling on these companies to do more to stop the spread of what he euphemistically called vaccine "misinformation", by which he simply meant any information, no matter how factual, that could cause parents "to disregard the advice of their children's physician and public health experts and decline to follow the recommended vaccination schedule."

In adopting the same euphemistic use of language, the authors of the Vaccine study were simply following Congressman Schiff's example--just as when the major media misinform the public about what the science tells us about vaccines, they are simply following the example set by the CDC.

In the face of efforts to manufacture consent for government policies through deceitful propaganda, censor truthful information about vaccines, and eliminate parents' ability to meaningfully exercise their right to informed consent, Children's Health Defense is on the front lines, speaking out and standing up for health freedom, including through litigation.

Unlike the authors of the Vaccine study, CHD is not funded by taxpayers' dollars. Unlike the major media, it is also not funded by pharmaceutical ad dollars. Far from being backed by some powerful "industry", CHD's grassroots efforts would not be possible without the voluntary financial contributions of readers like you.