Childbirth Choices Matter: Why an Elective C-section May Not Be the Best Decision for Mom or Baby

Views 997
Posted on:
Wednesday, April 11th 2018 at 10:45 am
Written By:
Dara Berger
This article is copyrighted by GreenMedInfo LLC, 2018
Visit our Re-post guidelines 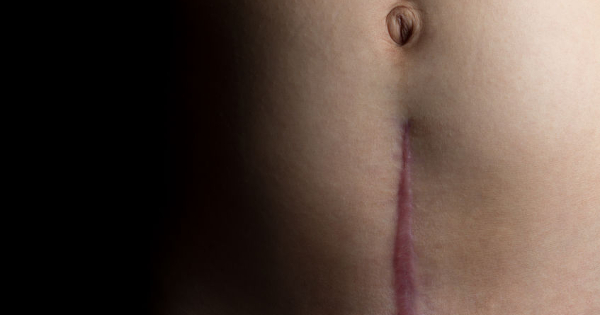 It may be shocking to learn that thirty percent of American babies are born via Cesarean delivery (CD). This statistic doesn’t mean that one-third of all pregnant women are having complications that lead them to require an emergency cesarean. Many women are opting to have an elective CD

Cesarean deliveries may be performed for both medical and non-medical reasons. However, this wasn’t always the case. In 1970, the rate of CD’s in the US was only around five percent as the procedure was performed only in emergencies, when the baby or mother’s life was in grave danger.

The current high rates might lead one to believe that delivering by C-section must be a safer (or at least as safe) birthing method. However, the most recent statistics are not showing this to be true. The organization Save the Children released a shocking report in 2013 that showed the United States had one of the worst rates of infant mortality on the first day of life compared to 68 developed countries. Likewise, a 2015 National Vital Statistics Report found maternal morbidity was higher among women who had a Cesarean delivery versus those that had delivered vaginally. The World Health Organizations states “At population level, cesarean section rates higher than 10% are not associated with reductions in maternal and newborn mortality rates.” In fact, just last month, the WHO released their new recommendations in a 212 page report titled “Intrapartum care for a positive childbirth experience” that specifically advocated for allowing women to labor naturally for hours rather than trying to speed it up with drugs and other medical interventions, provided mom and baby showed no signs of stress. While many factors may contribute to the US’s high infant and maternal mortality rates, one certainly has to wonder if the high rate of Cesarean delivery is a contributing factor. 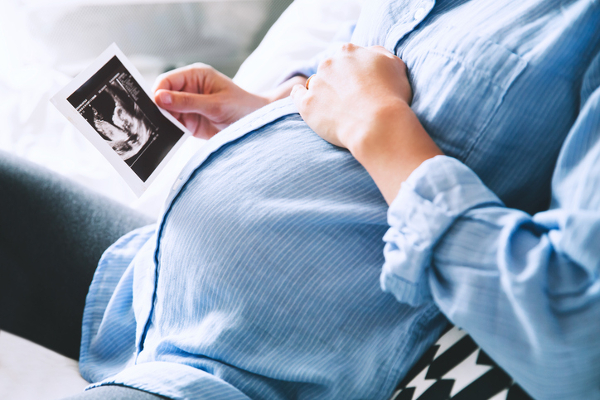 The World Health Organization has recommended that rates of CDs should not exceed 10-15% worldwide, so why is this procedure being performed at such high percentages?

While experts agree that Cesarean deliveries can be life-saving when they are medically necessary (ie: when a baby is too large to pass the through the vaginal canal, if there are issues with the placenta, mother is positive for HIV, or the baby is experiencing fetal distress), many question the practice of scheduling CDs for non-medical reasons.

Elective Cesarean deliveries are chosen by moms for many reasons. Some women may have a fear of childbirth or its potential tearing or stretching of vaginal tissues. Others may desire to have their baby born on a particular day, or with a particular doctor. However, it isn’t only the mothers who are asking to schedule elective CD’s. Often times, doctors are suggesting C-sections for reasons of their own. Some doctors do not recommend a vaginal birth after a prior C-section, fearing the uterus might rupture during labor, placing the woman and infant at risk. Other practitioners prefer the predictable nature of a C-section to optimize scheduling and time management.

While some mothers fare well with a Cesarean section, it is major surgery, and not without risk. Serious adverse events can occur during a CD, including hemorrhaging (possibly leading to blood transfusion or emergency hysterectomy), blood clots, post-operative infection, and even death.

Babies born via Cesarean delivery can also suffer adverse outcomes. Studies show several concerns for their overall health and development. One study in Nature found a statistically significant difference in cognitive development among children 4 to 9 years old and concluded that one should approach the decision of an elective C-section cautiously. This large-scale study published in February shows an increased risk of autism in babies born by CD.

While evidence of negative consequences from Cesareans are brought to light, newer research is showing how vaginal birth may have more benefits than previously recognized. Vaginal delivery influences the development of the infant’s healthy microbiota from exposure to the maternal vaginal and intestinal flora during the birthing process. Researchers believe that CD’s can alter an infant’s microbiome, depriving them of beneficial bacteria, leading to an increase in chronic illnesses.

One study shows children born via CD have a significantly increased risk of allergies with subsequent asthma, especially girls. Studies show data indicating a delayed onset of lactation for babies born through CD, so infants may also miss out on the benefits of the mother’s early breast milk, which stimulates the intestinal flora. Children born via CD were also more significantly at risk of developing celiac disease and gastroenteritis as well as Type 1 Diabetes. These studies support the idea that the composition of gut bacteria can influence life-time immunity.

Studies have shown a potential association between chronic health issues and microbiota, however, researchers admit other factors associated with CD may influence the health outcomes of these children. One of these factors includes exposure to labor and delivery drugs like epidurals. An epidural is one of the most commonly used anesthetics during childbirth. Complications can occur for both mother and baby with any type of anesthesia. A list of possible side effects includes prolonged headache, infection at administration site, anaphylactic shock, paralysis, and death. Studies also show that babies are at higher risk for fetal distress following an epidural administration. In addition, with Cesarean deliveries, nurses routinely administer antibiotics through an IV approximately a half hour before a CD is performed. This practice has many integrative health practitioners concerned about exposing babies to such a big dose of antibiotics on their first day of life due to its potential to negatively affect the developing microbiome. Unfortunately, no long-term studies have been done to specifically study the safety of this practice. However, one study by John Hopkins found a correlation between early antibiotic use and Allergic Esophagitis, a condition causing inflammation in the esophagus that is on the rise. The researchers concluded that doctors should take caution when prescribing antibiotics so early in life, as this practice could impede the growth of beneficial gut bacteria necessary for normal immune development. They also recommended that procedures be developed to transfer the mother’s beneficial bacteria to the baby in order to help them develop stronger immunity.

For women who have had one birth via cesarean delivery, the choice is often made to strictly enforce subsequent CD’s for fear of uterine rupture in a vaginal birth after cesarean section (VBAC). More recent studies, however, show the benefits of a trial of labor after cesarean (TOLAC) for appropriate candidates. The National Institute for Health supplies a list of benefits to having a VBAC, which includes avoiding surgery, a lower risk of infection and hemorrhage, faster recovery, and avoiding the more serious risks of hysterectomy or bowel and bladder injury. Additionally, women have a better chance of successfully bearing more children in the future. The CDC also reports women who had VBAC deliveries had lower rates of four maternal morbidities – maternal transfusions, ruptured uterus, unplanned hysterectomy, and intensive care unit – as well as lower rates of transfusion and ICU admissions. Even with these findings, many doctors and hospitals still refuse to allow their patients to attempt a VBAC. Women should discuss a TOLAC and VBAC with their health care provider early in pregnancy to determine if this is a safe option for them and their baby.

Elective Cesarean deliveries are on the rise in the US for reasons beyond medical necessity. With studies showing negative outcomes for both mother and baby, women should know the risks and benefits of a vaginal delivery vs a cesarean delivery when and if there is a choice to be made.

Author of the book titled How to Prevent Autism. She is also a documentary filmmaker who is currently working on a film about how to prevent chronic illness in children. Dara has recently completed the Institute for Integrative Nutrition’s health coach certificate program, which she hopes to use to help other families prevent chronic illness and autism in their children. https://www.howtopreventautism.org