Chocolate: The Greatest Health News of All

Views 12175
Posted on:
Thursday, November 15th 2018 at 3:00 am
Written By:
Linda Woolven & Ted Snider
This article is copyrighted by GreenMedInfo LLC, 2018
Visit our Re-post guidelines 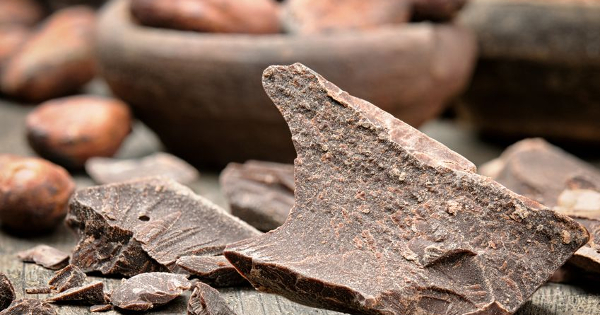 You know chocolate tastes great. But now science has delivered the best news yet: Dark chocolate may just be nature’s perfect superfood

The discovery that chocolate is a healthy food is relatively new for our modern culture that has always treated it as a sinful indulgence. But the civilizations of Mesoamerica were using chocolate medicinally as early as the 7th century BCE. Evidence of its use in the diet go back as far as 1800 BCE.

The etymology of the word “chocolate” goes back to the ancient Mayans and Aztecs who drank a bitter brew made from cacao beans that was called xocoatl, which means bitter water. They called it that because, although we think of chocolate as a sweet, it is not sweet until you add sugar. Pure chocolate is bitter. And that’s good, because the bitterness comes from the flavonoids, and it’s the flavonoids that make chocolate a superfood.

That chocolate is a health food and not a junk food seemed inconceivable until as recently as less than two decades ago when the first studies began to trickle in. This is really new stuff. But now the studies are pouring in, and the medical journals are full of research on dark chocolate.

The first hint came in a Journal of Nutrition article that described chocolate for the first time as a food that may increase antioxidant activity and may actually be good for your heart. The cautious hint was exciting enough for the New York Times to write a story on it in October of 2000, and the preliminary idea of chocolate as a health food entered our cultural consciousness.

At the time of the New York Times article, not a single double-blind, placebo-controlled study had ever been done on chocolate. All that has changed. The double-blind research overwhelmingly supports the early suggestion that dark chocolate is good for your heart. But that’s not all it supports. The science clearly shows that dark chocolate is an important health food for diabetes too. And the news just keeps getting better and better.

Chocolate is Good for Your Heart

The serious science of dark chocolate as a health food began with the 2003 publication of the finding that flavanol-rich chocolate increases nitric oxide with the desirable effect that the blood vessels dilate. Since then, studies have shown that dark chocolate can prevent cardiovascular disease, coronary heart disease, stroke and protect you from dying from a heart attack.

But that’s not all chocolate can do for you. Science actually shows that chocolate can make you smarter. Seniors who eat dark chocolate have significantly better scores on tests of cognition and lower risk of cognitive decline. Amazingly, eating dark chocolate reverses age-related memory decline: it actually increases memory function. Double-blind research shows that dark chocolate improves cognitive scores, including processing speed, executive function, language and working memory, in seniors with Mild Cognitive Impairment (MCI), which is huge because there are no drugs that effectively treat MCI.

And chocolate’s cognitive powers are not confined to seniors. College students given dark chocolate perform significantly better on memory tests.

Eating dark chocolate can improve negative moods and reduce stress and anxiety by producing calmness and contentedness. It can also energize your mind and significantly improve mental fatigue. Chocolate may help you fight stress and anxiety at a very fundamental level: when exposed to stress, people given dark chocolate have lower levels of the stress hormones cortisol and adrenaline.

So, You Think it Makes You Fat

And That’s Not All

In our new book, Chocolate: Superfood of the Gods, we reveal at least nine more important and surprising benefits of dark chocolate, including benefits for pregnant women, athletes and people who love to work out and exercise, and people who enjoy being out in the sun.

Chocolate: Superfood of the Gods not only lays out all the science proving that chocolate is good for you, it also gives you more than sixty delicious recipes to help you get more delicious dark chocolate into your diet. Loaded in the mystical lore of chocolate, this book is as fun to read as it is informative while it delivers the best news yet in health research: dark chocolate is nature’s superfood!

Chocolate: Superfood of the Gods is available now.

Want to learn more? Take a look at the GreenMedInfo cocoa/chocolate research dashboard which contains evidence for its health benefits in over 100 conditions.