Are Statin Drugs Killing the Health Benefits of Omega-3 Fat?

Views 10229
Posted on:
Wednesday, January 9th 2013 at 5:00 am
Written By:
Sayer Ji, Founder
This article is copyrighted by GreenMedInfo LLC, 2019
Visit our Re-post guidelines 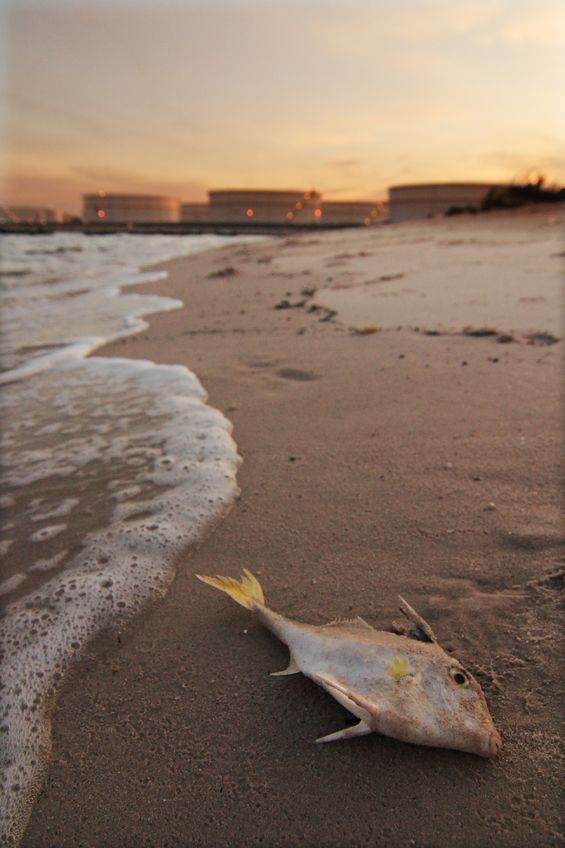 There is a growing awareness that the unintended, adverse health effects of cholesterol-lowering statin drugs far outweigh their purported benefits. But now new research indicates that these drugs may even interfere with the heart-protective effects of omega-3 fatty acids in those who are taking them

A new study published in the journal BMC Medicine is shedding much needed light on why the widely publicized fish oil study released late last year in the Journal of the American Medical Association, which diverged from earlier randomized controlled trials (RCTs) demonstrating the health benefits of omega-3 fatty acids, showed no evidence of cardiovascular disease risk reduction associated with omega-3 intake.

In the new study, researchers at the Joseph Fourier University in Grenoble, France proposed that more recent RCTs on fish oil and heart health that have reported negative findings, like the JAMA study, can be explained by two hidden confounding variables:

The second confounding variable, that statins suppress omega-3 fatty acid benefits, is the most groundbreaking, as very few doctors or patients are aware of this possibility. On the other hand, statins exert such a broad range of adverse health effects in the body, including major deficiencies of zinc, copper, selenium, coq10, vitamin E, and possibly vitamin D, as well, that we shouldn't be all that surprised.[ii]

In support of their hypothesis they cite research indicating that statin drugs favor the metabolism of omega-6 fatty acids, which in turn inhibit omega-3 fatty acids; essentially omega-6 and omega-3 compete with one another for the same metabolic enzymes, indicating that the ratio in the diet is more important than absolute values.[iii] Also, omega-6 fats, contrary to omega-3's, increase insulin resistance, increasing the risk of diabetes. This may explain the well-known diabetogenic properties of statin drugs.[iv]

An over preponderance of omega-6 fats have also been linked to inflammatory health conditions and cancer,[v] which may be due to the role they play in the excessive formation of arachidonic acid, a substrate for inflammation-associated enzymes COX2 and LOX, as well as contributing to the downstream formation of many inflammatory hormones in the body, e.g. PGE2, thromboxane, leukotriene, etc.

Since most of prescribed cholesterol-lowering drugs on the market increase the blood concentration of arachidonic, it is quite possible that statin-induced dysregulation of omega-3/omega-6 production, their ratio and metabolism, may contribute to a whole host of adverse health effects. Indeed, the biomedical literature signals over 300 health problems caused by this chemical class of drugs.[vi]

The French researchers also cite post-hoc statin drug research demonstrating that when separating statin users and non-users, omega-3 mediated cardioprotection was observed only in non-statin users, but not statin users. Also, in recent randomized controlled testing omega-3 supplementation was found to reduce the risk of arrhythmias only in patients not taking a statin.

Millions of asymptomatic patients are now taking statin drugs as a primary preventive strategy against cardiovascular disease, despite the well-known myotoxicity,[vii] neurotoxicity,[viii] and yes, cardiotoxicity of this class of drugs.[ix] Omega-3 fatty acids, on the other hand, are increasingly being shunned as ineffective, despite their profound safety, low cost and the broad range of experimentally confirmed therapeutic properties associated with their consumption, and which now number in the hundreds. You can view 250 such health benefits on our database: Omega-3 Health Benefits.

If the French researchers' hypothesis is correct, statin-induced adverse changes in essential fatty acid metabolism may be contaminating clinical trials that attempt to demonstrate the value of omega-3 fats and fish oil for human health. Given the near universal prevalence of statin drug use among today's studied populations, and the other mentioned variable of increasing background rates of omega-3 fat consumption, it is unlikely that future studies on omega-3 (or fish oil) intake and cardiovascular disease will differ from the latest negative JAMA study.

For additional research on natural substances and interventions which have been studied to be of value to cardiovascular health, visit our health section on the topic: Health Guide: Heart Health