Cleanse and Restore with Herbs

Views 5485
Posted on:
Monday, May 16th 2016 at 4:45 pm
Written By:
Karta Purkh Khalsa
This article is copyrighted by GreenMedInfo LLC, 2019
Visit our Re-post guidelines 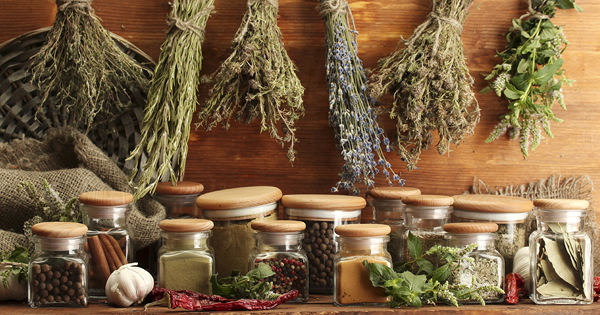 Though they have been used for centuries as medicine, medical science is finally beginning to look at the evidence proving that food and herbs are the most effective, powerful healers

Holistic healing systems share a core concept that is critical to success in almost all natural therapies. Practitioners are very concerned about making sure that the body eliminates all its metabolic wastes, and that new harmful substances do not enter the body and wreak havoc.

At the most basic level, health maintenance is relatively simple: give the body what it needs, and don't let it have much of what it what it doesn't need--and body will run itself. Failing that, imbalances occur, and harmful substances to which you are exposed may not get eliminated quickly or efficiently enough. Cleaning out poisons that build up in the body--safely, naturally and effectively--can result in renewed strength and vitality.

The body needs to dump its waste products so as not to be drenched in its own wastes. When the body is weighed down with harmful materials, normal physiological mechanisms begin to function imperfectly or become dangerously disrupted, resulting after a time in chronic illness. Furthermore, the capacity of the body to absorb and distribute nutrients becomes severely limited. The body's ability to heal itself is severely degraded.

Of course, prevention and clean living is the first resort, but what if the damage is already done, and the body is stuffed with noxious molecules? There is still something you can do. You can detoxify.

Herbal detoxifiers are called "alteratives." While the definition of an alterative is somewhat vague, basically they are remedies that normalize metabolism to assist the body in elimination through the kidneys, liver, or lungs. Many classic alteratives, or "blood purifiers" are now being found to be potent antioxidants, or to have other free radical quenching action.

The simple dandelion is steadfast medicine. Herbalists the world over have held this common lawn weed in high regard for centuries, and dandelion is a major herb in at least three ancient herbal traditions--Western, Chinese, and Ayurveda. This root is bitter and cold, and due to its high mineral content, a bit salty, making it effective for conditions of "damp heat", in Chinese herbal jargon, conditions like jaundice.

Though this cleansing herb is common in natural healing, the science has just started to roll in. A recent Korean test tube study found that dandelion extract inhibits oxidative stress and inflammatory responses.1 Another recent paper reported on rats that had liver damage. A water extract of dandelion reduced oxidative stress and reduce liver injury.2 An Israeli study showed similar results in reducing hepatotoxicity with dandelion root extract.3 Human studies on dandelion are hard to come by, but one interesting 2011 test tube experiment looked at dandelion root extract for leukemia and concluded that dandelion root presents a potential novel non-toxic alternative to conventional leukemia therapy.4 Use 5 grams per day in capsules or enjoy a cup or 2 of dandelion root tea each day.

A member of the daisy family, burdock, a native of Eurasia, is now firmly established in North America.Burdock root is rich in flavonoids and bitter glycosides and its high levels of lignans and inulin have shown proven anti-inflammatory activities, explaining its use in damp heat conditions such as skin inflammation, for which it has a long history of use. It is said to be a general alterative that influences skin, kidneys and mucous membranes, to remove accumulated waste products.

The root is cultivated as a food in Japan, where it is called "gobo." Resembling a long brown carrot, it can be prepared in any way you might enjoy a carrot, such as fresh juice or steamed. The tea dose would be 1/4 ounce by weight of the dried herb, brewed, per day.

Radish, a member of the cabbage family, is known the world over for liver detoxification. The black radish is regarded as a stronger remedy, but the common red radish also excels as a dietary cleanser. Other radishes, including daikon, are used in their respective cultures. Radish relaxes the smooth musculature of the bile ducts, allowing freer bile flow and is a good choice in cases of chronic constipation. A recent paper in the Journal of Food Science concluded that rats eating a high radish diet had significantly higher levels of detoxification enzymes.6

Use radish as a food, or as juice, to your taste. Concentrated radish preparations are available as tablets or liquids.

What goes in has to come out, shall we say? In the natural healing world, detoxification is a fact of life. Maybe Grandma, with her "spring cleansing", had it right, after all.

To learn more about herbs and traditional knowledge, visit the GreenMedInfo.com database on the subject.