The Coming Revolution in Medicine 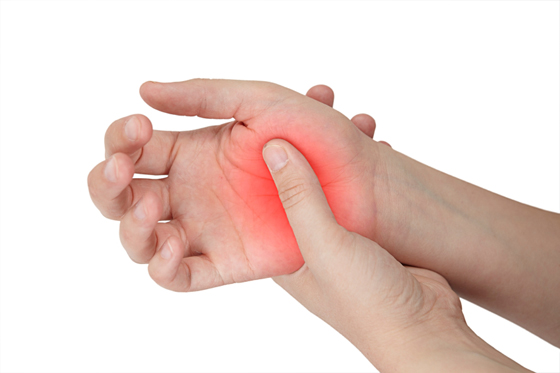 Does Your Doctor Understand Inflammation?

A Burning Question - Got the -itis?  Bronch-itis,  arthr-itis, gingiv-itis?  The -itis  signifies inflammation, as in flame and burning, but inflammation is also at the root of cancers, heart disease and the rest. Inflammation is an acute and usually obvious "get to the doctor" problem where the immune system has been activated by an insult which triggered a powerful response. The intense reaction is simply oxidation, the rapid removal of electrons from one (offending) molecule by another (immune oxidizer), like the flic of a Bic in a dry haystack. An inflammatory response also involves a series of reactions intended to support bursts of oxidation launched like napalm in protection of the organism. Fever, redness, pain and fibrin scarring accompany the incineration of invaders.

But before a full-on inflammatory immune response takes place, it is preceded by a less noticeable, lower level of chronic inflammation or oxidative stress, where electrons are slowly lost to toxins, metals, free radicals, drugs, inappropriate and acid-forming foods, metabolic wastes or emotional upset. This silent oxidation is more like rust and may even fly below the immune system's radar. Slow stealthy primary loss of electrons cripples cell function and leads to secondary serious-itisis, like unmistakable arterial plaqueing, joint degeneration, cancers and various opportunistic pathogens.

You Visit Your MD

Your average MD will diagnose secondary symptoms such as that plaqueing, joint degeneration, cancer or infection as the cause and recommend drugs, surgery or chemotherapy. He will not pursue the actual primary root causes of these conditions, but treat only the acute downstream symptoms.

Perhaps it was penicillin that created the impression that bacteria caused illness because an antibiotic made it go away? Not so! The out-of-control bacteria found safe harbor in an already immunodeficient low-energy, low-oxygen, chronically inflamed, oxidatively stressed environment. Penicillin knocked-off the opportunistic bugs, but did nothing to cancel their open invitation.

Or maybe limited success destroying cancers with radiation or chemicals gave us the idea that cancer was a mutant enemy growth that could eat Chicago? Wrong again. The cancer is simply a group of your once normal cells that were oxygen-deprived and energy-starved. These cells went rogue just to survive in an acidic, stagnant charge terrain.

Genetic weaknesses are now being blamed for many conditions where "epi-genetic" non-expression is more than likely. Are the genes defective or just playing possum? Genetic expression is closely linked to charge environment. Gene transcription, cell division, telomere (DNA end-caps) integrity and one's lifespan all depend on charge and anything that robs voltage, like toxins, metals or low vibrating emotional states will disrupt DNA expression.

The pharma approach plays symptomatic "whack-a-mole" without addressing underlying first causes. This non-sense science is high-volume assembly line medicine at best, and usually just plain wrong. The truth is, inexpensive treatments aimed at relieving oxidative stress and inflammation work when applied correctly, and many holistic physicians use them. In fact, practically every vitamin, mineral, herb, natural therapy and lifestyle choice converges on restoring electron energy to supply the requisite conditions for normal cell function and allow the body to heal itself. Urgent circumstance can demand intervention with drugs or surgeries, but used judiciously in light of possible side effects, with follow-ups to address the reason they were required.

The Word is Out.  A Tree Fell in The Forest ... Just Nobody Heard It!

Dr. Stephen Sinatra figured this out: voltage matters and electron energy is essential to health. He calls energy medicine the wave of the future, when "electro-ceuticals" will be used to safely reject low-energy, low-vibrating chronic disease brought on by multiple stressors and the excessive release of cortisol. Cortisol causes the autonomic nervous system to shift into sympathetic fight/flight mode and out of parasympathetic cell repair functions. In his son's case, intense electromagnetic fields in his workplace disrupted the coherence and energy levels of his molecules, crippling his cells. Earthing/grounding and optimizing electron levels are becoming known as "the most important medical discovery of all time." Physics and chemistry do exert influence on a human body made of molecules, matter and energy. Click here to watch a video about Dr Stephen Sinatra M.D. and his son, Step Sinatra, sharing their experiences after being treated with the Electro Acuscope and Myopulse by John Thorp using his Electro Toxicology Protocols.﻿

We are the "crunchy" star energy of the universe, the same energy that consolidated into matter at the instant of creation. All life is energy and all complex living molecules require constant energy inputs to retain their integrity, lest they degrade to ground states via oxidation. Luckily, we earthlings are powered by our sole energy source: the Sun. We "eat" light and heat captured in food, air and water, and absorb energy directly, like a geranium, through our skin, eyes and brain, as photons bump electrons into higher energy orbits. Call it life force, chi, prana, kundalini or bio-energy, all the same — all simply flowing electrons and the organizing fields they create.

Electrons in motion are called electricity and generate magnetic fields, just as magnetic fields reciprocally cause electrons to flow. High-voltage circuits run through the nervous system and heart. Body fluids, vessels, fascia and other connective tissues conduct the electric juice, too, and so inner electron flows give rise to the human energy field and connect us to the universe. When well charged, your cells' aquatic environment transports oxygen efficiently — and a steady supply of oxygen is needed to power mitochondria, where more electrons are generated.  Raise charge to facilitate oxygen delivery ... which raises energy levels ... which raise vibratory frequencies ... which order and strengthen energy fields ... which govern the particles ( Einstein ) inside and outside the body to enhance biological function, health and harmony with the universe.

Following this electro-chemical line of thinking, fatty cell membranes interface body fluids and form a wet-cell battery of sorts which stores and conducts electrons. Electrolyte minerals are shuttled in and out of membranes to maintain appropriate charge differentials/potentials and optimize oxygen transport. This is why attention to mineral levels, eating healthful fats, and protecting fatty membranes from oxidation, are critical to oxygen delivery and the ongoing production of cell energy.

The body is designed to continually repair and replicate itself and that takes energy, electrons. The nervous system must generate huge amounts of energy to produce strong electric currents that manifest as thought and fields of consciousness as the brain directs the entire organism.

Our molecules dance about in an inner energy matrix of charged and polarized water. Water receives energy in the form of light, heat and acoustic vibration that structure it, help create a charge gradient and build electric potential. Blood cells do not clump and oxygen moves nicely through well-charged water that contains a balance of electrolyte minerals. See Dr. Mercola's interview with Dr. Pollack here.

When we metabolize food with oxygen, we generate more charge, more electrons, more energy to add to the watery matrix. This process is also oxidation and generates acidic wastes requiring anti-oxidants to contain them.

The  Way, The Truth and Electrons

It's becoming widely acknowledged that oxidative stress and inflammation are at the root of disease. Whereas higher energy levels and higher resonant vibratory frequencies imply greater intelligence and more robust health and happiness, deference to institutionalized pharmaceuticals, factory foods, industrial metals/toxins and an unsettling mass media signal human regression. What if humans functioned at higher frequencies?

Maybe the hardest concept to grapple with is our labeling system that pigeonholes symptoms as specific diseases — when cancers, cardiovascular disease, arthritis, gingivitis, depression, dementia, infections, etc. are all due to energy shortages, oxidative stress and inflammation. This fundamental error in thinking leads "specialists" to treat diverse symptoms with dozens of prescriptions, ending with the demise of dutiful over-drugged patients.

Equally hard to understand is the public's willingness to accept the brutality of drugs, surgeries and humiliating and invasive procedures that never address root causes, while they willingly pay through the nose for the "privilege."

The common denominator?  They all raise charge!

Time for the Big Guns?

The key to eliminating inflammation and reversing disease lies in a massive infusion of energy, much like Dr. Frankenstein's use of lightning. Three winning-edge steps in the Forbidden Protocol are aimed at 1) Boosting antioxidant electrons to dampen oxidative stress, 2) Increasing oxygen and oxidants to raise internal energy production and mimic natural immune ammunition, and 3) Detoxifying metals that source hydroxyl free radicals.

When the correction of nutritional, lifestyle, and emotional stress factors do not get the job done, it is time to call in the heavy artillery.

When electron energy overwhelms the charge-robbing conditions that led to oxidative stress and inflammation, healing happens. The bad news is that this perspective is foreign to conventional thinking. Such views are harshly denounced and defended against, even by force of law.  But the good news is that you are free to use it yourself at home to restore your health. And more good news: ACAM.org (American College for the Advancement of Medicine) and other natural health organizations list integrative physicians and alternative clinics that employ these therapies.

Given all this basic science, why does medicine ignore the undeniable role of electron energy in cell biology, health and healing? Why isn't the restoration of an optimally charged and oxygenated cellular environment not the focus and first order of business? Why have simple prevention and appropriate therapeutics been demonized, concealed and now officially verboten? Don't you want to know?

Isn't it time to awake and evolve?