Compelling Facts, Figures, and Scientific Studies about Homeopathic Medicine (aka "the original nanomedicine") 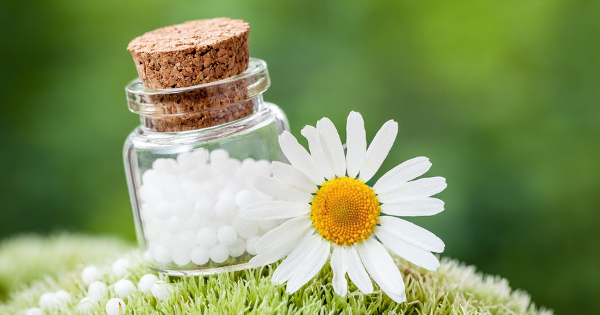 According to a 2013 article in the Washington Post, the subjects of Jesus Christ and homeopathy are the most controversial subjects on Wikipedia in four leading languages (English, German, French, and Spanish). Sadly, strong evidence of bias against homeopathy (and many other alternatives to Big Pharma) at Wikipedia is significant, and this evidence is provided here.

Not a single one of the 12 stories below are even discussed at Wikipedia, or they are misconstrued and mis-reported with a spin as though representatives from Big Pharma wrote about them in the Wikipedia article. It is no wonder that a significant number of college professors disallow reference to Wikipedia as a "reliable" source of information.

Most of these stories are surveys in many countries throughout the world, are totally non-controversial, and are simply factual. Despite these impressive facts of significant popularity of homeopathy throughout the world and the notable satisfaction from users, the strong anti-homeopathy bias at Wikipedia makes certain that little positive information on homeopathy is provided.

Major media outlets rely upon Big Pharma advertising more than any other source of revenue. It is therefore not surprising that Big Media commonly provides misinformation on homeopathy or simply spins positive information in a negative fashion. Readers are encouraged to review the facts, figures, and scientific studies discussed here and determine for yourself what is and isn't accurate. The source for each fact is provided with a hyperlink to the original report of a survey, a study, or news report (you will find that each source references highly reliable references).

The World Health Organization (WHO) has deemed France to have the BEST health care in the world, and obviously, the consistent and persistent use of homeopathic medicines by medical professionals and by the general public help contribute to the health of the population of France.

According to the Lancet, about 10% of the population of India, approximately 100 million people, depend SOLELY on homeopathy for their health care. According to an AC Nielsen survey in India, 62% of current homeopathy users have never even tried conventional medicines, and 82% of homeopathy users would not switch to conventional treatments. When you consider that these people used homeopathic medicines alone in the treatment of many acute and chronic infectious diseases, serious pain syndromes, diverse emotional and mental illnesses, cancers, and heart diseases. If homeopathic medicines were simply placeboes, could or would 100 million people rely solely on this system of medicine for ALL of their health care needs? If homeopathic medicines are placeboes, then, this author challenges a single doctor to treat patients for just one month using only placeboes…and then see if these patients return for treatment from them, let alone for one year or one lifetime is done by hundreds of thousands of practicing homeopathic doctors in India.

References: Because some of the above journals have published several studies showing efficacy of homeopathic medicines, click here to access an article that provides references to studies in the above journals (see the "References" section as well as the article itself which provides many hyperlinks).

The Swiss government funded the most comprehensive review to date of clinical and basic sciences research evaluating homeopathic medicines. After assessing pre-clinical basic research and the high quality clinical studies, the Swiss report affirmed that homeopathic high-potencies seem to induce regulatory effects (e.g., balancing or normalizing effects) and specific changes in cells or living organisms. The report also reported that 20 of the 22 systematic reviews of clinical research testing homeopathic medicines detected at least a trend in favor of homeopathy.

Fraud and Junk Science found in Australian Report on Homeopathy

The Australian government issued a "report" on homeopathy that asserted that there was no evidence that homeopathic medicines were effective for any condition. However, recent evidence has uncovered the fact that the first draft of this report by a respected group of researchers found some high-quality research showing evidence for homeopathy, but this initial report was rejected by government's committee which was led by a known skeptic of homeopathy. Then, a new report by a different group of researchers was created with a highly biased anti-homeopathy evaluation. The Chairperson was asked to resign because he lied to the government by not acknowledging a serious conflict of interest he had in his opposition to homeopathy, but he still attended various hearings despite such actions being questionably ethical.

Even the highly prestigious Cochrane Commission in Australia acknowledged many studies published in leading conventional medical journals that showed benefits from homeopathic medicines.

It should be noted that this "report" deemed that any study that was less than 150 patients would be totally ignored in their review even if it was a "high-quality" study published in a leading peer-review journal. When the British Medical Journal chose to evaluate clinical trials, they deemed 20 patients to be a reasonable minimum for proper statistical evaluation. The 150 patient minimum was an arbitrary decision cleverly devised to ignore many high quality studies evaluating homeopathic medicines.

The support of homeopathy from the German Medical Association

According to Deutsche Welle (a leading mainstream news source in Germany), 92% of doctors who work for the national German football (soccer) team and the top two German football leagues (Bundesliga 1 and 2) use homeopathic remedies to keep their players healthy and fit. The lead researcher, Peter Billigmann, when interviewed by popular German magazine, Der Spiegel, said,

The success stories are impressive...homeopathic substances don't have any side effects, and we're on the safe side where doping is concerned.

The Swiss government's inquiry into homeopathy and complementary and alternative (CAM) treatments resulted from the high demand and widespread use of alternatives to conventional medicine in Switzerland, not only from consumers but from physicians as well. Approximately half of the Swiss population have used CAM treatments and value them. Further, about half of Swiss physicians consider CAM treatments to be effective. Perhaps most significantly, according to a vote in 2009, 67% (!) of the Swiss population wants CAM therapies to be a part of their country's health insurance program, and in 2016, the Swiss government formally incorporated homeopathic medicines and four other CAM treatments into the national health insurance.

Significant support for homeopathy from medical students in Brazil

A survey of 484 Brazilian medical students was conducted in 2006 to evaluate their interest in homeopathy and acupuncture. Over 85% of the students believed that homeopathy and acupuncture should be included in curricula, as optional (72%) or compulsorily (19%); 56% showed great interest in learning about them. Although 76% had little or no knowledge, 67% believed that these therapies had some effectiveness, and that chronic diseases (37%) or even chronic and acute diseases (29%) would be the main indicators for their use. Around 35% were receptive towards offering public primary care using both therapies, while 34% thought these treatments should also be available in hospitals and 60% believed they could be integrated with conventional medical practices. This high degree of interest in homeopathy and acupuncture provides some insight as to what to expect in the future in Brazil.

Homeopathic medicines found to have significant effects on genes

Skeptics of homeopathy commonly assert that there is "nothing" in homeopathic medicines except water, and yet, such skeptics only "theorize" that such assertions are true and have never proven this in controlled scientific studies. In comparison, research published in the American Chemistry Society's leading scientific journal, called Langmuir, has confirmed in controlled studies that "nanodoses" of homeopathic medicines remain in solution even after they are diluted 1:100 six times, 30 times, or even 200 times.

The scientifically confirmed evidence in the power of nanodoses

It is widely known that our hormones and cell signal agents operate at the similar nanodose levels found in the above-mentioned important study. One must therefore wonder if skeptics of homeopathy also think that these vital physiological processes are placebo. If not, then their skepticism of homeopathy is either biased or simply uninformed. The bottomline is that conventional pharmacology journals, including Archives in Internal Medicine, have found that nanodoses are able to penetrate cell membranes and blood-brain barriers with much greater ease than large complex molecules…and nanodoses are considerably safer too.

For additional research on homeopathy, visit our database on the subject. 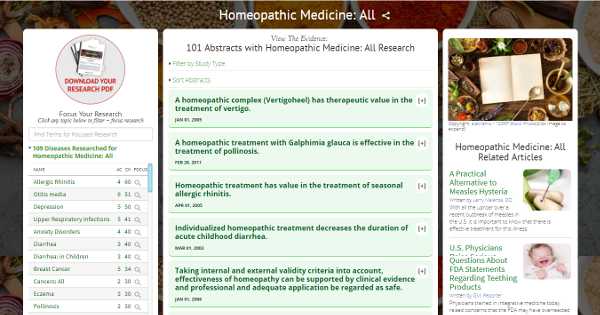 Dana Ullman, MPH, CCH, graduated from UC Berkeley School of Public Health (1978) and the greatest honors he ever received was to be interviewed by UC Berkeley’s alumni magazine here. He has written 10 books on homeopathic medicine, two of which contain a Foreword by the Physician to Her Majesty Queen Elizabeth II (who is a MD and a homeopathic doctor). Dana Ullman has served on advisory boards or in teaching capacities of complementary and alternative medicine institutes at Harvard, Columbia, and the University of Arizona. His website is www.homeopathic.com. Between 2010 and 2015, Dana Ullman wrote 40 articles for the HuffingtonPost, most of which had over 1,000 comments.