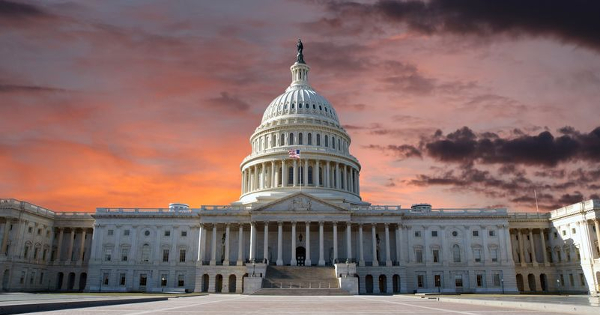 Mark Zuckerberg was recently confronted by Congressman Bill Posey from Florida during a hearing on Capitol Hill about Facebook's recent censorship on information about vaccine safety. Zuckerberg shared that they are simply conforming with the general scientific consensus, and do their best to censor information that may be harmful to people. This really shows his unawareness about vaccine safety, and he also used the term "anti-vaccine." Furthermore, headlines are popping up within the mainstream once again reading "anti-vaccine conspiracy theories" and "vaccine misinformation." This is a common tactic from the pharmaceutical controlled mainstream media, they always use these terms along with ridicule instead of addressing the concerns and points made by vaccine safety advocates. You can watch the Congressman and Zuckerberg's exchange below, but first, I wanted to put a tidbit of information about why people are concerned about vaccines.

How safe are vaccines? More people are starting to realize that they are not as safe as they are marketed to be. This is why the National Childhood Vaccine Injury Act has paid out approximately $4 billion to compensate families of vaccine injured children. As astronomical as the monetary awards are, they're even more alarming considering HHS claims that only an estimated 1% of vaccine injuries are even reported to the Vaccine Adverse Events Reporting, System (VAERS). Think about that for a minute, If the numbers from VAERS and HHS are correct - only 1% of vaccine injuries are reported and only 1/3 of the petitions are compensated - then up to 99% of vaccine injuries go unreported and the families of the vast majority of people injured by vaccines are picking up the costs, once again, for vaccine makers' flawed products.

2010 HHS pilot study by the Federal Agency for Health Care Research (AHCR) conducted by Harvard doctors/researchers found that 1 in every 39 vaccines causes injury, a shocking comparison to the claims from the CDC of 1 in every million. You can read more about that here.

If we look at the MMR vaccine, for example, there have ben 93,929 adverse events, 1,810 disabilities, 6,902 hospitalizations, and 463 deaths. Furthermore, it's well documented that the measles vaccine has been a complete failure. This is evident by the documented outbreaks in highly vaccinated populations up to the present day. A study published as far back as 1994 in JAMA Internal Medicine makes this quite clear.

During the measles outbreak in California in 2015, a large number of suspected cases occurred in recent vaccinees. Of the 194 measles virus sequences obtained in the United States in 2015, 73 were identified as vaccine sequences. The media (Pharma-owned) generated high public anxiety. This fear mongering led to the demonization of unvaccinated children, who were perceived as the spreaders of this disease, this type of fear mongering happens all the time, and Facebook has been a part of it.

There are a number of concerns with vaccines, the list is quite large. Vaccine ingredients is another big concern.

A study published in 2011 makes the issue quite clear:

Aluminum is an experimentally demonstrated neurotoxin and the most commonly used vaccine adjuvant. Despite almost 90 years of widespread use of aluminum adjuvants, medical science's understanding about their mechanisms of action is still remarkably poor. There is also a concerning scarcity of data on toxicology and pharmacokinetics of these compounds. In spite of this, the notion that aluminum in vaccines is safe appears to be widely accepted. Experimental research, however, clearly shows that aluminum adjuvants have a potential to induce serious immunological disorders in humans. (source)

The key takeaway here is that "medical science's understanding about their mechanisms of action is still remarkably poor."

After this study, more research came out to help us better understand what happens when aluminum is injected into the body. It has been found that injected aluminum does not exit the body; in fact, it stays in the body and travels to various organs in the brain, where it remains. This isn't surprising since it's the adjuvant, it's designed to stay there or else the vaccine doesn't work.

As the groundbreaking study in 2015 emphasized:

Evidence that aluminum-coated particles phagocytozed in the injected muscle and its draining lymph nodes can disseminate within phagocytes throughout the body and slowly accumulate in the brain further suggests that alum safety should be evaluated in the long term.

Furthermore, in 2018, a paper published in the Journal of Inorganic Biochemistry found that almost 100 percent of the intramuscularly injected aluminum in mice as vaccine adjuvants was absorbed into the systemic circulation and traveled to different sites in the body such as the brain, the joints, and the spleen, where it accumulated and was retained for years post-vaccination. (source)

You can watch a video here of Dr. Christopher Exley, a Professor in Bioinorganic Chemistry at Keele University explains what happens to aluminum when it is injected via a vaccine.

Regardless of how mainstream media outlets are presenting this part of the hearing, it's great to see Zuckerberg questioned about Facebook's censoring of information regarding vaccines. We here at Collective Evolution have experienced this censorship, along with other independent media outlets, we've been heavily censored, blocked, and demonetized. A clear strategic agenda by Facebook, and those who control it, to shut down information and viewpoints that do not fit within the accepted framework of the global elite.

I joined the CE team in 2010 shortly after finishing university and have been grateful for the fact that I have been able to do this ever since :) There are many things happening on the planet that don't resonate with me, and I wanted to do what I could to play a role in creating change. It's been great making changes in my own life and creating awareness and I look forward to more projects that move beyond awareness and into action and implementation. So stay tuned :) arjun@collective-evolution.com