Views 2571
Posted on:
Monday, May 10th 2021 at 11:30 am
Written By:
GreenMedInfo Research Group
This article is copyrighted by GreenMedInfo LLC, 2021
Visit our Re-post guidelines 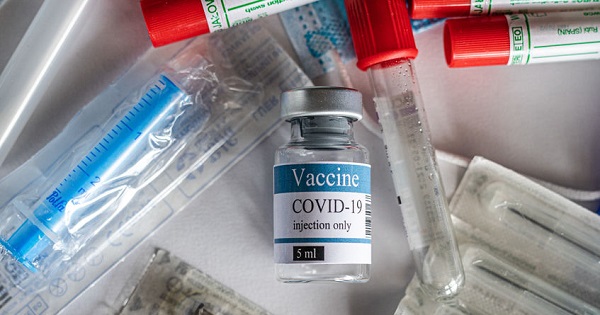 Immunologist Dr. J. Bart Classen analyzed the RNA sequence of the Pfizer COVID-19 vaccine, revealing sequences that could play a role in the future development of prion disease and other neurodegenerative conditions

An analysis by immunologist Dr. J. Bart Classen suggests COVID-19 vaccines may increase the risk of prion diseases, which include Creutzfeldt-Jakob Disease (CJD), the human form of mad cow disease.

While COVID-19 vaccines can cause acute adverse reactions, including anaphylactic shock, that occur within minutes or hours of receiving the vaccine, another serious concern is chronic, late developing adverse events, which may not occur for years after the initial shot.

This is particularly true for vaccines that have no long-term safety studies, which include COVID-19 vaccines that were authorized via an emergency use order without any long-term data, and -- in the case of Pfizer/BioNTech and Moderna's COVID shots -- are made using messenger RNA, or mRNA, technology, which has never been approved for use in humans.[i]

As noted by Classen, "The advent of new vaccine technology creates new potential mechanisms of vaccine adverse events."[ii] He used the example of the first killed polio vaccine, which ended up causing polio in those who received it.[iii] People who are receiving mRNA COVID-19 vaccines now are acting as test subjects while the safety, and risks, of the vaccines continue to be evaluated.

According to Classen, "The enclosed finding as well as additional potential risks leads the author to believe that regulatory approval of the RNA based vaccines for SARS-CoV-2 was premature and that the vaccine may cause much more harm than benefit."[iv]

How Might COVID-19 mRNA Vaccines Be Linked to Prion Disease?

Prion diseases are neurodegenerative disorders caused by misfolding, aggregation and spread of pathogenic prion protein, which is capable of converting healthy prion protein into a disease-causing form.[viii] Prion-like domains have been identified in both TDP-43 and FUS, which are believed to be required for aggregation of disease traits.[ix]

Classen analyzed the RNA sequence of the Pfizer COVID-19 vaccine, along with the spike protein target interaction, to determine its ability to convert TDP-43 and FUS into "their pathologic prion conformations."[x]

The RNA sequence in the vaccine, according to Classen, "contains sequences believed to induce TDP-43 and FUS to aggregate in their prion based conformation leading to the development of common neurodegenerative diseases."

These include the RNA sequences GGUA, UG rich sequences, UG tandem repeats and G Quadruplex sequences, which "have increased affinity to bind TDP-43 and or FUS and may cause TDP-43 or FUS to take their pathologic configurations in the cytoplasm."[xi]

In addition to the RNA sequence, the spike protein encoded by the vaccine binds angiotensin converted enzyme 2 (ACE2), which contains zinc. The interaction may increase intracellular zinc, which in turn has been shown to trigger the transformation of TDP-43 to its pathologic prion configuration, Classen wrote, adding:[xii]

"The folding of TDP-43 and FUS into their pathologic prion confirmations is known to cause ALS, front temporal lobar degeneration, Alzheimer's disease and other neurological degenerative diseases."

In a "fact-checker" article that attempts to dismiss Classen's analysis, it's stated that there are "no reports of prion-related diseases, Alzheimer's disease, or amyotrophic lateral sclerosis (ALS) after COVID-19 vaccination."[xiii]

But considering that the estimated incubation period of prion diseases is five to 40 years,[xiv] no cases would yet be expected -- it's far too soon to know what the eventual outcome will be.

It's been suggested, including by bioweapons' experts, that SARS-CoV-2 may be a bioweapon. While this hasn't been definitively proven, if it does turn out to be true it has important ramifications for those who choose to receive an mRNA COVID-19 vaccine.

This is because the vaccine puts a novel spike protein onto your cells, which could be used as a receptor by another novel infectious agent. Classen explained:[xv]

"If those who argue that the COVID-19 is actually a bioweapon are correct, then a second potentially more dangerous virus may be released that binds spike protein found on the host cells of vaccine recipients."

It's unknown how long the spike protein will remain in vaccine recipient's cells following vaccination. Typically, due to genetic diversity, infectious agents are not able to cause mass casualties because different people have different responses to any given virus, with some becoming severely ill and others having no symptoms at all. Mass vaccination with mRNA vaccines could change that:[xvi]

"By placing the identical receptor, the spike protein, on cells of everyone in a population, the genetic diversity for at least one potential receptor disappears. Everyone in the population now becomes potentially susceptible to binding with the same infectious agent."

Again, this is just a theory at this point, but given its severity and potential for mass casualties, this, as well as the possibility of an increased risk of prion disease in the future -- which may be very difficult to trace back to vaccination if and when it does occur -- may be worth considering in your decision of whether or not to get vaccinated.