Could Gluten Intolerance Symptoms Include Psychosis? 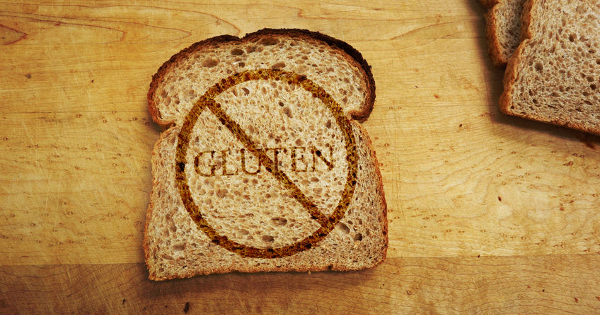 Can Wheat Make You Crazy?

Maybe you’ve heard of the books Wheat Belly or Grain Brain. Maybe you’ve chatted with friends about a NY Times editorial claiming that gluten free is a fad. Maybe you’ve been raised, as I have, in a cultural consciousness that says, yeah food matters, but not that much.

I’d love to tell you a story I read about in the primary published literature that seems to suggest that yes, gluten is an issue. No it’s not a wellness fad. And its elimination may very well be the key to resolving what would otherwise be a chronic and disabling psychiatric condition.

She was 37, studying for her doctoral degree, under some degree of stress related to this, when she began expressing beliefs that people were talking about her. These beliefs progressed to paranoid accusations when she was burglarized a few months later and accused her parents of complicity.

She was hospitalized at a state psychiatric facility and labeled with psychotic disorder, treated with risperidone and sertraline and discharged after one month.

She was ultimately diagnosed with Hashimoto’s as well as Celiac disease which accounted for her multiple nutrient deficiencies, weight loss, and inability to absorb thyroid hormone medication.

Amazingly, the case report goes on to state:

After receiving the diagnosis of celiac disease, the patient thought her practitioners were being deceitful regarding the diagnosis and refused to adhere to a gluten-free diet. Psychotic symptoms and paranoia persisted, and she continued to “find clues” of conspiracy against her. She lost her job, became homeless, and attempted suicide; her family took out a restraining order against her. Eventually, she was rehospitalized at a psychiatric facility, where she was placed on a gluten free diet.

After 3 months on a strict gluten-free diet at an inpatient facility, her delusions resolved completely (associated with remission of Celiac confirmed by negative serologies and biopsy), but she was continued on risperidone for several months. At the time of the case write up, she had relapsed psychiatrically after an inadvertent exposure to gluten.

In this report, Dr. Alessio Fasano cautions not to initiate a gluten free dietary trial before an intestinal biopsy can be obtained (so as to avoid a false negative result). Should this be universal procedure for all those presenting with symptoms of psychiatric and neurologic illness? Or is there a path of less harm in a trial of a strict gluten free diet. Available literature suggests that brain-based manifestations of Celiac disease are possible. A related case report demonstrated on SPECT scanning that frontal lobe damage and associated symptoms of psychosis and diarrhea resolved with a gluten-free dietary intervention.

And what if the biopsy is negative? What about the ever-increasing acknowledgement of non-celiac gluten enteropathy and its very real psychiatric manifestation including depression and psychosis? According to Dr. Hadjivassiliou, “Gluten sensitivity can be primarily and at times exclusively a neurological disease” without co-occuring small intestinal pathology or subjective gut complaints. A related paper states:

“Gluten can cause neurological harm through a combination of cross reacting antibodies, immune complex disease and direct toxicity. These nervous system affects include: dysregulation of the autonomic nervous system, cerebella ataxia, hypotonia, developmental delay, learning disorders, depression, migraine, and headache. If gluten is the putative harmful agent, then there is no requirement to invoke gut damage and nutritional deficiency to explain the myriad of the symptoms experienced by sufferers of celiac disease and gluten-sensitivity. This is called “The Gluten Syndrome”.”

Sayer Ji of Greenmedinfo.com details the history dating back to 1951 of gluten in psychiatric and specifically psychotic illness. More recent data has demonstrated that patients with a diagnosis of schizophrenia are 2-3 times as likely to have immune reactivity to wheat. This report dovetails with an American Journal of Psychiatry study that correlated high levels of gliadin antibodies in cord blood with the later onset of psychosis in the offspring. Perhaps this immunoinflammatory priming is happening in utero and perpetuated through exposure to wheat products over the lifespan.

Psychiatric Medication: Worse Than Nothing

The time lost to identify the root cause of this 37 year old patient’s illness – which could be characterized as autoimmune alone rather than autoimmune AND psychiatric – resulted in almost a year of exposure to an ineffective antipsychotic medication. No harm in that, right?

In this thorough and thoughtful discussion, investigative journalist Robert Whitaker explores the long-term data including Harrow’s prospective study of 200 subjects over 15 years and Wunderink’s 7 year study of 128 first-psychosis cases, both of which both demonstrated that discontinuation of antipsychotic medication led to better long term outcomes for patients with psychosis. This is not to mention medication-induced brain shrinkage, the risk of severe relapse on drug discontinuation, and tardive psychosis (chronic symptoms on meds induced by compensatory physiology) with drug continuation. And the cavalier and dismissive posture on the part of those at the helm of the ship of psychiatry.

What if a course of “first do no harm” actually looked like any effort to accomplish this very intention. What if there were inpatient facilities where strict unprocessed (which automatically takes out gluten, sugar, and commercial dairy!) anti-inflammatory, organic diets were offered in a low chemical setting with the support of safe practices such as yoga, meditation, and even acupuncture in addition to community support? If there were, I know some corporate entities that might be less than pleased with the outcomes, but this shouldn’t stop us from taking matters into our own hands preventatively. Clean up your mind, clean up your body, and learn about the way processed foods have you dangling from a puppet string.

Over the past 35 years, psychiatry—as an institution—has remade our society. This is the medical specialty that defines what is normal and not normal. This is the medical specialty that tells us when we should take medications that will affect how we respond to the world. And this is the profession that determines whether such medications are good for our children. Given that influence, we as a society naturally have reason to want to know how the leaders in the profession think, and thus how they come to their conclusions about the merits of their drugs.– Robert Whitaker