Could Music Beat Drugs for Anxiety and Mood?

Views 7869
Posted on:
Thursday, September 10th 2015 at 4:30 am
Written By:
Margie King, Health Coach
This article is copyrighted by GreenMedInfo LLC, 2020
Visit our Re-post guidelines 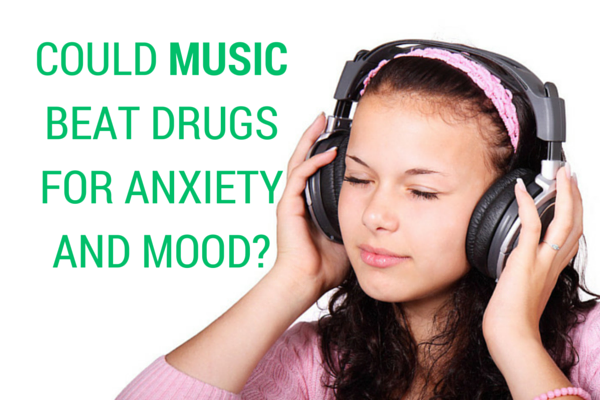 We use music - like coffee and alcohol - every day for pleasure and to boost our mood. But we may not understand how deeply music affects our brain chemistry

Many of us use music - like coffee and alcohol - every day for pleasure and to boost our mood. But we may not understand how deeply music affects our brain chemistry.

They also suggested that doctors and therapists should start taking music much more seriously as a calming agent before surgery, or even during procedures, like dental work.

The review appeared in Trends in Cognitive Science. The researchers believe that music may operate on the brain's natural opioids. They noted that like other pleasures, enjoying music consists of both anticipating a favorite song, and actually hearing it. The brain chemical dopamine which is linked to reward is involved in both stages.

Researchers gave people the drug naltrexone to block opioid signals in the brain. The people reported lower levels of pleasure from their favorite song. They still enjoyed the anticipation of hearing the song suggesting that dopamine is part of music's pleasure but opioids are critical to the enjoyment and effects of music.

Another study showed listening to music before an operation lowered anxiety levels in patients just as well as taking the prescription drug diazepam (Valium).[iii] Benzodiazepines like Valium are often prescribed before surgery but trigger side effects like amnesia, agitation, and hyperactivity. By contrast, say the Canadian researchers, music is noninvasive, inexpensive, convenient, natural, and has no adverse side effects.

The Canadian research also revealed 15 studies showing that the stress hormone cortisol dropped after listening to music. Other hormones affected by music include serotonin and oxytocin.

Many other studies show the beneficial effects of music on health. Music has been shown to:

For more about the therapeutic effects of music visit GreenMedInfo's page at www.greenmedinfo.com/therapeutic-action/music.