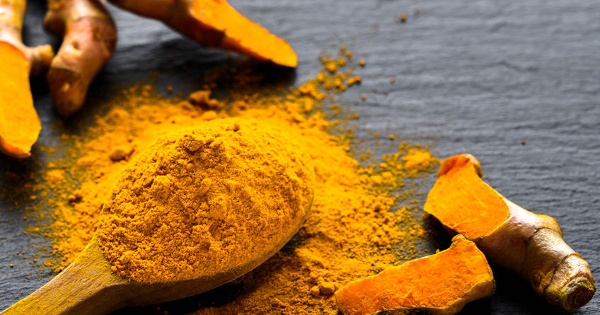 It's no secret how effective turmeric is for easing temporary joint pain and inflammation. But if you're still on the fence about putting down the ibuprofen and reaching for a nutritional supplement to treat muscle aches and pains, a study on curcumin may prove to be just the incentive you need to stop the harmful NSAIDs forever

Curcumin is a natural plant phenol -- the aromatic, colorful compound found in plants -- and is the principle extract of curcuma longa, the turmeric plant. Turmeric is a member of Zingiberaceae, the ginger family of flowering plants.[i]

Curcumin is responsible for imparting the bright yellow color to turmeric spice, used in many popular Asian dishes. It also delivers the powerful antioxidant punch that turmeric has become prized for among athletes and workout buffs the world over.

Curcumin is known to have potent anti-inflammatory effects which can reduce the discomforts caused by strenuous exercise. What is not clear is whether the timing of dosage (before or after a workout) affects curcumin's ability to ease post-exercise muscle pain.

In late 2018, a cross-functional team of Japanese researchers who had already proven the efficacy of curcumin in relieving muscle soreness brought on by strenuous exercise,[ii] endeavored to identify the most effective timing of curcumin ingestion for optimum pain relief.

Published in the Journal of Nutritional Science and Vitaminology,[iii] the clinical study was single-blind, meaning only the investigators knew which treatment type participants received. It was conducted as a parallel study, indicating that only two types of interventions were used, and randomized to ensure more accurate results with a lower risk of bias.

Researchers assembled 24 healthy young men and had them perform a series of 30 isokinetic, eccentric contractions of the elbow flexors (an eccentric contraction is the motion of an active muscle while it is lengthening under load).[iv] An isokinetic dynamometer was used to measure the resistance of the muscles to the applied force.

Subjects were randomly assigned to one of three groups with different supplement ingestion times:

Supplements of curcumin or placebo were given in twice-daily 90-mg doses, the first capsule after breakfast and the second capsule after dinner.

Muscle damage markers were measured and recorded before, immediately after and one to four days post-exercise. Researchers observed the maximal voluntary contraction (MVC) torque of the elbow flexors, elbow joint range of motion (ROM), muscle soreness and serum creatine kinase (CK) activity. Changes in these variables were compared over time.

Results of the study indicated that curcumin ingestion post-workout had a more beneficial effect on range of motion and muscle soreness than did pre-workout ingestion of curcumin and placebo. Torque of the elbow flexors and serum creatine kinase markers showed no significant differences among the groups.

These findings led researchers to conclude that curcumin ingestion after exercise had a more beneficial effect in attenuating muscle soreness than ingesting curcumin before exercise.

With more than 250 identified pharmacological actions, curcumin extract is among the most potent biological support agents on the planet. Curcumin has been identified as beneficial for:

Clinical studies typically use curcumin extracts rather than dried spices since extracts can contain as much as 95% curcuminoids.[v] Turmeric spice, by contrast, contains only around 3% curcumin.[vi]

With regard to optimum dosage, a successful clinical trial exploring the use of curcumin for treatment of osteoarthritis employed a curcumin supplement in a dose of 500-mg taken twice daily for two to three months.[vii]

Another study exploring the benefits of curcumin on high cholesterol used an aqueous turmeric extract in the amount of 700 mg, twice daily for three months.[viii] As a rule, supplements with higher percentages of curcumin can be consumed at lower doses than pure turmeric supplements.

Curcuminoids are approved and "Generally Recognized as Safe" (GRAS) by the FDA,[ix] with good tolerance and safety profiles even at doses as high as 8000-mg/day.[x] According to a clinical review of the effects of curcumin on human health, "a relatively low dose of the complex can provide health benefits for people that do not have diagnosed health conditions."[xi]

It is important to note that ingesting curcumin by itself does not lead to the associated health benefits, due to its poor bioavailability when isolated from the original, whole-plant source. There are several ways to increase curcumin's bioavailability, including consuming the whole spice turmeric in food, although therapeutic dosage may be difficult to achieve with this method.

One of the most effective and frequently used binding agents is piperine, the major active component of black pepper. When piperine is combined with curcumin, it has been shown to increase bioavailability by 2,000%.[xii] When choosing a supplement, seek a high-quality, organic curcumin complex to achieve optimum results.

To learn more about the health benefits of this powerful plant medicine, explore more than 2,500 scientific abstracts on GreenMedinfo.com