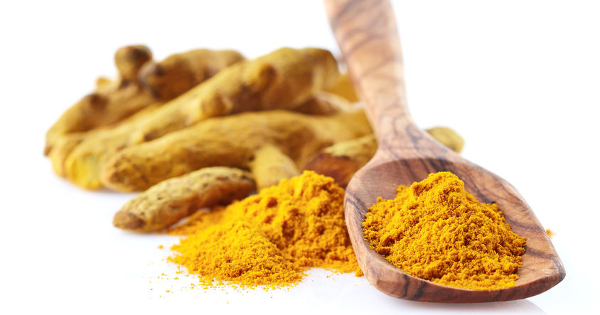 Sufferers of Type 2 diabetes must be careful about eating a healthy diet and also about taking care of their feet. Now, science has shown that taking a simple curcumin supplement each day may help relieve the discomfort associated with numb, tingling feet

Curcumin's natural compounds have proven antioxidant properties and have been shown to play an important role in protecting against nerve damage that can be a painful symptom of diabetes.[i]

A cross-functional team of medical scientists in Iran explored the use of curcumin to treat diabetic sensorimotor polyneuropathy (DPN) and published the results of their research in the journal Complementary Therapies in Medicine in April 2019.[ii]

Diabetes mellitus, commonly called diabetes, is a disease that impairs your body's ability to produce insulin, resulting in abnormal metabolism of carbohydrates and elevated levels of glucose in the blood and urine.[iii]

The U.S. Centers for Disease Control and Prevention (CDC) estimates that around 90% of the 30 million Americans who suffer from diabetes have Type 2 diabetes, which was once known as adult-onset diabetes.[iv]

This term is becoming less applicable as more children, teens and young adults are developing Type 2 diabetes before reaching adulthood. With proper treatment and lifestyle modification, Type 2 diabetes can generally be managed and even reversed so that patients can lead normal, healthy lives.

Without treatment, the resulting high blood sugar can lead to worsening health problems with serious, even potentially fatal, complications.

What Is Diabetic Sensorimotor Polyneuropathy, or DPN?

One of the health complications that can result from unmanaged diabetes is sensorimotor polyneuropathy. DPN is a condition in which inflamed, swollen nerves create systemic damage to nerve cells and to the myelin sheath covering nerves, causing signals transmitted by nerve endings to slow or stop completely.[v]

For diabetics, this chronic condition is believed to result from nerve and blood vessel changes due to chronic hyperglycemic exposure.[vi] DPN typically starts in the feet causing mild sensory disturbances. However, this progressive condition can become severe, leading to painful foot ulcers and difficulty walking or standing.[vii]

As researchers attempt to identify effective treatments for DPN, antioxidants and supplements that help eliminate free radicals from the body present proven methods for boosting overall immunity. Curcumin, the principal curcuminoid found in turmeric spice, is one such super-herb. Science has shown that curcumin effectively relieves pain from arthritis, and is both safer and more effective than ibuprofen.

The chief aim of this randomized, double-blind, placebo-controlled clinical trial was to determine the effect of nano-curcumin supplementation on the severity of sensorimotor polyneuropathy in patients with Type 2 diabetes mellitus. Nano-curcumin refers to nano-sized particles of curcumin, which have superior therapeutic potential over standard curcumin supplements.[ix]

Eighty patients between 30 and 60 years of age with body mass index (BMI) scores ranging from overweight to obese, who were diagnosed with Type 2 diabetes and DPN caused by diabetes, were enrolled.

Patients were excluded if they had previously been diagnosed with neuropathy due to other diseases, had a history of other diseases, were taking painkillers or dietary supplements, or were pregnant or lactating during the intervention.

Patients also were excluded if they became non-compliant by consuming less than 90% of their nanocurcumin supplements, or if they made any changes to their diet, lifestyle or prescribed hypoglycemic drugs during the study period.

Participants were randomly assigned to control or placebo group and given an 80-milligram capsule of either nanocurcumin or placebo to take once per day after a meal for eight weeks. Nanocurcumin supplement formulation consisted of 72% curcumin, 25% demethoxycurcumin and 3% bisdesmethoxycurcumin.

Shape, color and smell of placebo capsules were identical, but filled with polysorbate-80. Compliance to the prescribed regimen was monitored via weekly phone calls and by counting the number of returned capsules at the end of the study. With the exception of two reported cases of stomachache in the first few days of the study, curcumin was safe and well tolerated.

Information about participants' daily dietary intake was collected via 24-hour food recall worksheets at baseline and the end of the study. Fasted venous blood samples were taken at the baseline and after eight weeks of adherence to study protocols.

The severity of each patient's DPN was assessed using the Toronto Clinical Neuropathy Score, which measures foot pain, numbness, tingling, weakness in the feet, the presence or absence of similar upper-limb symptoms and ataxia, or impaired coordination.

At the study's end, results showed that nano-formulations of curcumin produced a significant reduction in the severity of DPN in patients with Type 2 diabetes mellitus. In addition, curcumin supplementation improved overall patient reflex scores and basal body temperature.

In summary, researchers concluded that supplementing with curcumin for at least two months can improve symptoms and reduce the severity of DPN in patients with Type 2 diabetes. To learn more about the numerous health benefits of curcumin supplementation, you can review more than 2,500 scientific abstracts on curcumin on GreenMedInfo.com