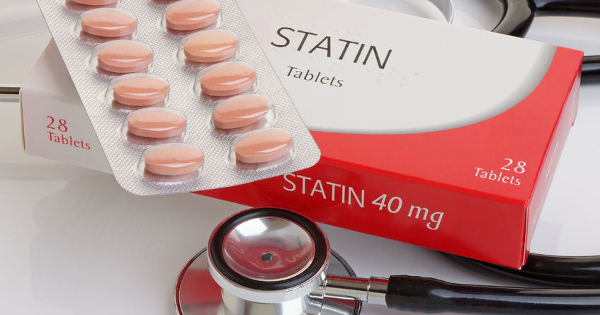 Claiming a ‘Deadly Internet-Driven Cult’ is driving poor statin drug sales, a prominent cardiologist says the hundreds of 'side effects' reported in the peer-reviewed medical literature and by patients are just 'imagined.'

Medpage Today just published an article titled, “ CardioBrief: Statin Denialism Is 'A Deadly Internet-Driven Cult’,” which features the opinion of Steven Nissen, a prominent Cleveland Clinic cardiologist, who claims that internet-driven “statin denial” is having deadly consequences, citing statistics in an editorial in Annals of Internal Medicine that only 61% of people given a prescription for a statin were adherent at 3 months.

"we are losing the battle for the hearts and minds of our patients to Web sites developed by people with little or no scientific expertise, who often pedal 'natural' or 'drug-free' remedies for elevated cholesterol levels." The anti-statin forces employ two distinct strategies, "statin denial, the proposition that cholesterol is not related to heart disease, and statin fear, the notion that lowering serum cholesterol levels will cause serious adverse effects."

Nissen goes so far as to suggest that side effects patients experience from statin drugs are a byproduct of the nocebo effect, i.e. are just ’in their heads.’

Unlike Nissen, we take statin drug toxicity very seriously, and have dedicated an entire database on our site to indexing the hundreds of peer-reviewed studies indicating over three hundred distinct signals of harm associated with exposure to this class of drug. The top 10 of 300+ diseases linked to statins are:

We issued a consumer alert on the topic in 2012, and continue to make this growing iatrogenic problem a core advocacy of ours. In addition to our completely free resource, we have made available for download our 559 page statin drug toxicity research PDF which you have permission to distribute far and wide [no cost].

We also recommend you read our expose on statins, entitled, “Cracking the Cholesterol Myth: How Statins Harm The Body and Mind,” wherein we reveal how statistical and semantic manipulation of statin clinical trials misrepresent their safety and efficacy, driving the 30 billion dollar a year blockbuster drug class.

Nissen actually blames another $30 billion dollar a year industry — — the dietary supplement industry — and internet health sites for the bad reputation, and poor compliance with, statin drugs. He claims these sites sell an “array of worthless or harmful dietary supplements,” and believes alternative health information sites, and even mainstream shows like Dr. Oz, are riddled with deep conflicts of interests.

This all seems like a diversion tactic, when you consider that Nissen himself has been a subject of criticism by Forbes for his own conflicts of interest: “Steven Nissen, Conflicts Of Interest, And The New Cholesterol Drugs.”

Dr. Jason Fung writes about Nissen's conflicts of interest in a recent op-ed published on Medium.com:

"[L]et’s look at Dr. Nissen’s payments from Big Pharma. According to ProPublica, Dr. Nissen had scored a cool $80,000 payday from drug firms last year. Nice. Oh, right, further he received money from 3 of the biggest drug firms (Amgen, Pfizer, and Astra Zeneca) on the planet to do research and write papers. Dr. Nissen hysterically claims that cults are scaring people away from life saving statins and that if we listened to them, everybody would die. Funny, Dr. Nissen seems to be engaging in a lot of fear mongering himself to scare people into taking their (highly-profitable) medications."

The Forbes article, written in 2015, points out how at that time, Nissen was an outspoken supporter of two new ‘highly promising’ cholesterol drugs from Amgen and Sanofi/Regeneron, despite the fact that the clinical trials used surrogate outcomes, such as LDL cholesterol levels, instead of outcome data (e.g. cardiovascular or all-cause mortality) which is the only unequivocal standard of proof for their clinical benefit and safety.

According to CNBC, Nissen was more liberal about these drugs than some other experts and many of the panel members:

"I am somebody who generally is opposed to approving drugs on the basis of surrogate endpoints without the outcome data," Nissen said by telephone Wednesday, referring to lowering of LDL cholesterol already shown by the medicine. "However, in this case, I actually support approval and I actually think the concerns of the committee are not on target."

Also featured, is Nissen’s statement on the NBC Nightly News program, which conveys a degree of exuberance you would not expect from a self-described “physician-scientist,’ but is all too common in pharmaceutical advertising copy:

“These drugs are breakthrough drugs, they are blockbuster drugs that are very likely going to have a big impact.”

Even if we give Nissen the benefit of the doubt, and assume he really does believe that it’s sensationalism on the internet and not the toxicity of the drugs themselves that is standing in the way of their widespread acceptance, he compromises his credibility with demagogic rhetoric:

"Many lives have been lost or impaired because of statin non-compliance. There is a special place in hell for people who use fear tactics and misinformation to promote books and natural health aids, including crazy diets, at the expense of proven medical therapies, rather than as complimentary [sic] options under medical direction. I am not sure why Americans are so susceptible to these charlatans."

It is difficult to read these words without wondering who really is the source of misinformation here. The evidence showing that statins are causing great harm for little proven benefit is so compelling at this point, Nissen’s rhetoric seems recklessly contrary to the most basic precautionary principle of ethical medicine practices (i.e. first do no harm). Nissen is suggesting that non-participation in statin drug therapy could endanger lives, despite the logical fact that heart disease is not caused by a lack of any drug, much less a statin. By diverting attention from the dangers of the drugs themselves, and by ignoring the importance of identifying, understanding, and resolving the root causes of inflammation and cardiovascular disease, he and the pharmaceutical agenda he represents are doing a great disservice to public health. No amount of blaming the victim -- both the patients who suffer statin toxicity, or health advocates who provide alternative information to the public -- will absolve the disservice they are doing to the informed consent model of medicine.

We truly hope that health professionals and laypersons alike will continue to use the resources on our site to obtain information necessary to choose and practice informed consent medicine. Use our Research Dashboard to search over 10,000 topics.

A final note on the question of cholesterol’s role in heart disease. According to Nissen, the second prong of statin-denialism is denying that cholesterol is causally related to heart disease. While we won’t go into great depth here on the highly complex and hotly contested subject, it is true that cholesterol’s role in cardiovascular disease causation is greatly misunderstood. First, cholesterol is not LDL, nor, low density lipoprotein, despite the colloquial use of these terms synonymously. Lipoproteins render fat soluble substances like cholesterol water soluble, so it can be delivered by the LDL transporter throughout the body where it is integral to hormonal, neurologic, and synthetic bodily processes. I think Uffne Ravnoskov, PhD, MD, has done a good job of demythologizing cholesterol’s supposed cardiotoxicity, and you can get plenty of information on the topic on his website. I have even reported on health problems associated with low cholesterol. And so, you won’t see us advocating a copy-cat approach of using ‘nutraceuticals’ to “lower cholesterol naturally,” even if the approach is much safer and more effective at supporting heart health than a pharmaceutical one. In other words, there is a danger of oversimplification in both directions. For instance, oxidized LDL can actually have atherogenic properties. A concept that is anathema to orthodox medical thinking is that any given blood measure reflects body-wide health and not simply an isolated problematic finding with a magic bullet cure. Importantly, each measurable biological variable has inter-relations with a practically infinite number of other variables, most of which will never be measurable empirically. This is where the evidence itself terminates in a kind of humility and openness that requires we trust our body and intuition, using lifestyle interventions to heal in ways that cannot be replicated by a synthetic molecule.

View the GreenMedInfo database on Statin Drug Toxicity, linking this drug class to over 300 different conditions.