Despite Exuberance Many Vaccines Do Far More Harm Than Good 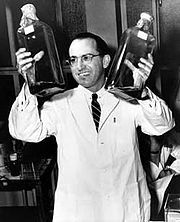 If you visit the World Health Organization’s website, or that of the Centers for Disease Control and Prevention, the information presented there on vaccines is so clearly one-dimensional, repeating the age-old pro-vaccine mantra: "safe"—"effective"—"safe"—"effective" ad nauseam, that before long, you either become lulled into complacency, or stray off into less officially sanctioned sources of information, such as the many anti-vaccine sites on the internet, where discussion of the abject failure of vaccines repeats the same mantra, but recorded backwards like a Beatles record: "unsafe"—"ineffective"—"unsafe"—"ineffective."

So, where should one go for the absolute truth on the matter?

According to the dominant medical system, as represented by organizations like the CDC, FDA and WHO, peer-reviewed and published research is the holy grail, without which, claims against vaccines are merely anecdotal, superstitious and/or irrational polemic.

From 1990 to the present, the number of cases (n = 31) and deaths (n = 12) from YEL-AVD [attenuated yellow fever vaccine]  in travelers has exceeded the reports of YF [wild-type yellow fever] (n = 6) acquired by natural infection, raising the question whether the risk of vaccination exceeds the benefit in travelers.1

So, according to this review, if you add up the net harm done by yellow fever vaccines over the past 22 years of their tracked use in travelers versus their net good, your chance of getting sick from the vaccine is 5 times higher, and getting killed at least 12 times higher, than taking your chances unvaccinated.

While surprising, this is not the only case where a so-called "vaccine-preventable diseases" has been found to be less destructive than the vaccines being used to "prevent" them. Increasingly, the truth about vaccine-induced injuries and death are coming to light through the very organizations and research institutions that have championed their use, and fashioned their image into modern medicine’s most successful technological innovation against infectious disease. 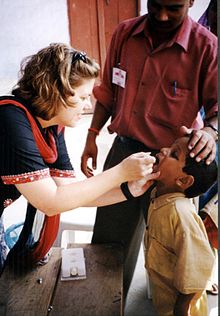 The Polio Global Eradication Initiative (PGEI), founded in 1988 by the World Health Organization, Rotary International, UNICEF, and the U.S. Centers for Disease Control and Prevention, holds up India as a prime example of its success at eradicating polio, stating on its website (Jan. 11 2012) that "India has made unprecedented progress against polio in the last two years and on 13 January, 2012, India will reach a major milestone - a 12-month period without any case of polio being recorded."

This report, however, is highly misleading, as an estimated 100-180 Indian children are diagnosed with vaccine-associated polio paralysis (VAPP) each year. In fact, the clinical presentation of the disease, including paralysis, caused by VAPP is indistinguishable from that caused by wild polioviruses, making the PGEI's pronouncements all the more suspect.2

According to the Polio Global Eradication Initiative's own statistics3 there were 42 cases of wild-type polio (WPV) reported in India in 2010, indicating that vaccine-induced cases of polio paralysis (100-180 annually) outnumber wild-type cases by a factor of 3-4. Even if we put aside the important question of whether or not the PGEI is accurately differentiating between wild and vaccine-associated polio cases in their statistics, we still must ask ourselves: should not the real-world effects of immunization, both good and bad, be included in PGEI's measurement of success?

For the dozens of Indian children who develop vaccine-induced paralysis every year, the PGEI's recent declaration of India as nearing "polio free" status, is not only disingenuous, but could be considered an attempt to minimize their obvious liability in having transformed polio from a natural disease vector into a manmade (iatrogenic) one.

VAPP is, in fact, the predominant form of the disease in developed countries like the US since 1973.4 The problem of vaccine-induced polio paralysis was so severe that the The United States moved to the inactivated poliovirus vaccine (IPV) in 2000, after the Advisory Committee on Immunization Practices (ACIP) recommended altogether eliminating the live-virus oral polio vaccine (OPV), which is still used throughout the third world, despite the known risks.

Things, however, may be be far worse than reported...

A highly concerning paper published in the April-June issue of the Indian Journal of Medical Ethics discusses the possibility that the 47,500 new cases of "non-polio acute flaccid paralysis (NPAFP)" in children reported in 2011, which is clinically indistinguishable from polio paralysis but twice as deadly, were directly proportional [i.e. casually linked] to doses of oral polio received.  According to the authors of this paper: "Though this data was collected within the polio surveillance system, it was not investigated. The principle of primum-non-nocere [First, do no harm] was violated." In other words, instead of acknowledging the high prevalence of vaccine-associated polio paralysis (VAPP), those administering the vaccines and doing surveillance on adverse events simply reclassified the symptoms of injury from polio vaccine to non-vaccine related by coining a new disease terminology, i.e. "non-polio acute flaccid paralysis (NPAFP)," which describes essentially the same symptoms. When one considers the scale of Indian eradication campaign, 47,500 cases of NPAFP, while immense, are within the realm of feasibility. According to the article:

The government of India used 2.3 million vaccinators, who visited over 200 million households to ensure that the nearly 170 million children (under five years in age) were repeatedly immunised with oral polio vaccine.

If the 47,500 case figure for NPAFP is correct, the actual scale of vaccine-related adverse effects associated with oral polio vaccine are probably 2-3 orders of magnitude higher than officially reported by the governmental and non-governmental agencies promoting their use, and by those agencies who are responsible for monitoring and reporting their adverse effects.

Cases like this illustrate how important it is that we all take a critical look at the first-hand vaccine statistics and research itself, reading between the lines when the lines have been intentionally manipulated and the truth obfuscated. For several years, our ongoing project has dedicated itself to providing the research community an alternative medical and toxicological resource for ascertaining the true risks and/or unintended consequences of conventional medical interventions such as vaccinations.

The GreenMedInfo.com vaccine research page collates underreported, minimized and otherwise overlooked peer-reviewed data on adverse effects associated with vaccination. Please use this free resource, and share it with other interested parties.