Views 4773
Posted on:
Wednesday, May 16th 2012 at 6:45 pm
Written By:
Orthomolecular News Service
This article is copyrighted by GreenMedInfo LLC, 2018
Visit our Re-post guidelines 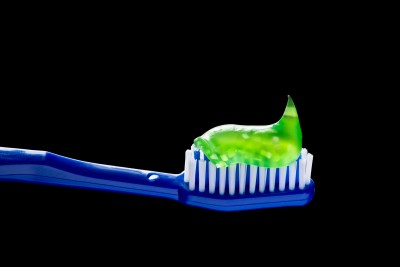 Evidence-based medicine requires evidence before medicating. Fluoridation of water is not evidence-based. It has not been tested in well-controlled studies. Fluoridation of public water is a default medication, since you have to deliberately avoid it if you do not want to take it." ~ Andrew W. Saul

As a child, there was nothing I liked about going to the dental dispensary, with the possible exception of the large tropical fish aquarium in the waiting room. This was a distraction to what was coming: three hours in a vast hall containing a double line of black dental chairs and a matching double line of white-clad dental students. And that, as a six-year-old, is where I first met fluoride on a regular basis. After a free cleaning and checkup (the reason my cost-conscious parents had me go there, and the reason it literally took three hours to complete), fluoride was applied to my teeth with a swab.

I remember both the smell (acrid) and the taste (astringent). I actually looked forward to the fluoride treatment, simply because it was the last thing they did to me before I was allowed to leave. Did it work? Probably not. In addition to my regular topical fluoride treatments, I lived in a city with fluoridated water and was raised on fluoridated toothpaste. And I had a mouthful of amalgam by high-school graduation.

In the late 1970s, as a young parent, I became aware of the National Fluoridation News, published in the still largely unknown town of Gravette, Arkansas (pop 2,200). For a very small donation, I received a boxful of back issues by return mail. In addition to this generosity, what surprised me about the NFNews was the high caliber of its content. Most of the non-editorial articles were well referenced and the work of well qualified scientists.

This was something of a poser, for as a college biology major, I had been thoroughly schooled in the two Noble Truths of Fluoridation: 1) that fluoride in drinking water would reduce tooth decay by 60-65% and 2) that anyone who disagreed with this view was a fool. Yes, I had seen the movie Dr. Strangelove, and yes, I knew how to read an ADA endorsement on a toothpaste label.

Not long after this, my penchant for reading toothpaste labels paid off. There it was, printed right on the back of the tube:

Children should only use a 'pea-sized' portion of fluoride toothpaste when they brush.

I had two toddlers, and this caught my interest. Looking into it, I learned that small children swallow a considerable quantity of toothpaste when they brush, perhaps most of it.

Anyone who has watched television at all could not have failed to see toothpaste ads. They always showed the brush loaded, with decorative overhang tips flared out on each end. When "AIM" brand toothpaste first came out, I distinctly remember toothpaste being displayed in two or even three layers on the brush. The number of children that used the product so generously, and swallowed half of it, will likely remain unknown. As for me, I immediately switched my family to toothpaste with no fluoride in it. As for toothpaste labels, they rather quickly were re-written. They now read:

If you accidentally swallow more than used for brushing, seek professional help or contact a poison control center immediately.

But all children swallow more than is used for brushing. The only question is, how much? The US Centers for Disease Control states:

For children age 6 and under, that is an average swallow of a third of the toothpaste they use, and a possibility of inadvertently swallowing 80% or more. There is about a milligram of fluoride in a single "serving" of toothpaste. I am calling it a "serving" because fluoride in toothpaste is regulated as if it were a food, not a drug. How is this true? Adding even less than one milligram of fluoride to a single serving of children's vitamins instantly makes them a prescription drug. It is truly odd that fluoride toothpaste remains an over-the-counter product.

When my children were in grade school, the local dental college (the people who brought us the dispensary I went to as a young boy) interested our school district in a research project. Our town's public water was under local control and unfluoridated, unlike the city nearby. So the idea was to administer fluoride rinses to schoolchildren, during the school day, and then count caries. We were asked to sign a permission letter, which emphasized likely benefits and glossed over any hazards.

Remembering what youngsters did with sweet toothpaste, I made a guess that they'd swallow a saccharin-laced rinse about as well. We chose to not sign. But I did check the box to receive results of the study. It ultimately came in the form of a letter, saying that the results were disappointingly inconclusive: no evidence that fluoride rinses helped our unfluoridated-water-drinking community. I am unaware that the study was published.

That is not especially surprising. Shutting out access to balanced scientific discussion of fluoridation is alive and well. . . and taxpayer supported. Negative fluoride studies and reviews are hardly abundant on PubMed/Medline. One does not need to be a conspiracy theorist to observe that the US National Library of Medicine refuses to index the journal Fluoride. [2] Censorship is conspicuously aberrant behavior for any public library.

About 15 years ago, our town's public water supply was annexed by the nearby metropolis. Aside from a rate increase, the only other, barely detectable change to our bill was a one-time typed legend at the bottom of it that fluoride has now been added to the water. There had been no vote, and there had not even been any discussion.

Communities coast-to-coast know that this is not at all uncommon. Four glasses of fluoridated tap water contain about as much fluoride as a prescription dose does. Not only is fluoridated water nonprescription, it is even more certain to be swallowed than toothpaste. Being over 6 years of age means better control over swallowing reflexes, thus limiting ingestion of fluoride from toothpaste. There is no such accommodation for drinking water.

A person's daily intake of fluoride simply from drinking an average quantity of fluoridated tap water, fluoridated bottled water, and beverages produced or prepared with fluoridated water can easily exceed the threshold for what your druggist would rightly demand a prescription for. Fluoride in toothpaste and mouth rinses also is medication. It may be intended as topical, but the reality is different. No matter how it may be applied in their mouths, young children are going to swallow it. Indeed, most of the public and the dental profession already have.

2. https://www.orthomolecular.org/resources/omns/v06n05.shtml If you want access to what the US taxpayer-funded National Library of Medicine refuses to index, you may read over 40 years' of articles from the journal Fluoride, free of charge, at https://www.fluorideresearch.org/ Scroll down to "Archives and Indexes,1968-2011."

Comment by Albert W. Burgstahler, PhD: Support for these views and conclusions is found in a recent review in Critical Public Health (2011:1-19) titled "Slaying sacred cows: is it time to pull the plug on water fluoridation?" by Stephen Peckham of the Department of Health Services Research and Policy, London School of Hygiene and Tropical Medicine. In his article, Peckham concludes that evidence for the effectiveness and safety of water fluoridation is seriously defective and not in agreement with findings of a growing body of current and previously overlooked research. For an abstract of this report, scroll down at: https://www.fluorideresearch.org/444/files/FJ2011_v44_n4_p260-261_sfs.pdf

This article was provided by the Orthomolecular Medicine News Service, and we encourage our visitors to subscribe directly to OMNS https://orthomolecular.org/subscribe.html

Had enough of vitamin-bashing newspaper, magazine and TV reports? Then you might want to sign up for the ORTHOMOLECULAR MEDICINE NEWS SERVICE (OMNS). Like the Associated Press or Reuters, OMNS is a wire-service style news feed directed to members of the press, radio and TV news media. The difference is that OMNS tells it like it really is: vitamin therapy saves lives.